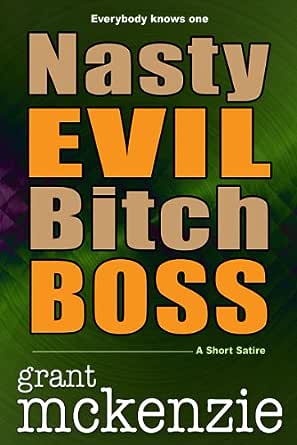 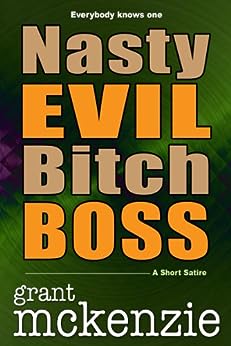 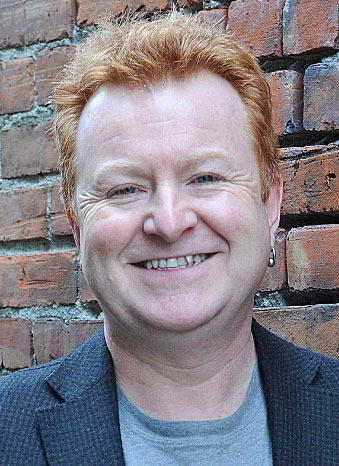 Born in Scotland, living in Canada and writing American fiction, Grant wears a toque and kilt with his six-guns. His debut novel, Switch, earned fantastic reviews internationally when it was published by Random House in the UK and in Canada by Penguin. It has also been translated into German by Heyne (Random House) and Chinese for Spring International Publishers of Taiwan.No Cry For Help is published in the UK by Bantam and in Germany by Heyne. His third dark thriller, K.A.R.M.A., is out now from Famous Books.
Writing under the pen name M.C. Grant, a new mystery series set in San Francisco is being launched by Midnight Ink. Angel With A Bullet, the first in the Dixie Flynn series, was released in 2012, and its sequel Devil With A Gun arrives in October 2013.
Grant's short stories have been featured in the First Thrills anthology edited by Lee Child from Tor/Forge, plus Out of the Gutter and Spinetingler magazines, and his first screenplay won a fellowship at the Praxis Centre for Screenwriting in Vancouver, B.C.
As a journalist, Grant has worked in virtually every area of the newspaper business from the late-night dead body beat at a feisty daily tabloid to editor at two of Canada's largest broadsheets, and Editor-in-Chief of one of North America's longest running alt-weekly magazines. He has also contributed numerous technology/humor columns to magazines around the world.
He resides in Victoria, B.C. and can be contacted via his website at grantmckenzie.net And on Facebook at: facebook.com/grant.mckenzie

Grampy
4.0 out of 5 stars Reminds Me of... oh, What Was His Name???
Reviewed in the United States on July 4, 2013
Verified Purchase
"Nasty Evil Bitch Boss" by Grant McKenzie is kind of a fantasy, but I'm not referring to its genre. In this short but rather hard hitting tale, the anonymous narrator intersperses a description of his work place, with various methods of killing somebody and the negative aspects of choosing each method. It seems he fantasizes daily about killing his boss; that's not something people really do, is it? Oh, okay. Guess I was wrong.

As it turns out, he really does have a nasty, evil boss, and throwing in the word "Bitch" is neither unseemly nor gratuitous. Everybody in the office avoids her as much as possible, but she still seems to find an opportunity to humiliate them publically as often as she can.

After an impromptu meeting in the Board Room, at which half the staff was "let go", our anonymous narrator overhears his name in conjunction with the following week's round of lay-offs. He is surprised to discover that the thought of being let go actually makes him happy! Never again will he have to face his boss every day, or try to avoid her as much as possible. He even has a new spring in his step!

Due to an unfortunate but timely delivery of 6 items, rather than the 5 that were ordered, our hero discovers one more way to kill someone. This time he can't think of a negative aspect to it.

This short tale will generate an evil sounding laugh from deep down in your chest, when you reach the end. I rather enjoyed it! Perhaps you will, too.

Kindle Customer
3.0 out of 5 stars To short
Reviewed in the United States on October 30, 2014
Verified Purchase
I know this was a short story but was way to short. I wanted to see what he did and the outcome.
Read more
Helpful
Comment Report abuse

J.D. Rhoades
4.0 out of 5 stars Takes Me Back
Reviewed in the United States on July 3, 2013
Who hasn't had a mean, evil, truly awful boss? And who hasn't had pleasant thoughts of various ways to kill them horribly? You haven't? Never mind then...

This short piece reminds me a lot of the stories I used to read in the digest-sized mystery magazines I devoured in my early youth, like Hitchcock's Mystery Magazine, and the cheap paperback anthologies that collected those stories. (Yes, I had an unusual childhood). It's amusingly written, with a finish you can see coming, but which is no less enjoyable for all that. Recommended.
Read more
One person found this helpful
Helpful
Comment Report abuse
See all reviews

lisa
5.0 out of 5 stars A great read
Reviewed in the United Kingdom on June 19, 2013
Verified Purchase
A super short story I couldn't put it down I read it in ten minutes but I wanted more it was that good I could have read on and on with different ways he could kill his boss!!
Read more
2 people found this helpful
Report abuse

Mogsie60
4.0 out of 5 stars Retired
Reviewed in the United Kingdom on August 12, 2013
Verified Purchase
I'm retired now but during my working life I met bosses similar to this character. Short and funny and worth a read.
Read more
One person found this helpful
Report abuse

Noeleen
5.0 out of 5 stars Grant McKenzie is brilliant!
Reviewed in the United Kingdom on June 22, 2013
Verified Purchase
Excellent story about a Nasty Evil Bitch of a boss! I'm sure many of us can relate to this to some extent but even if you cant, it's well worth a read.
Read more
3 people found this helpful
Report abuse

Sue cooper
5.0 out of 5 stars A great read
Reviewed in the United Kingdom on June 17, 2013
Verified Purchase
Another brilliant read from Grant Mckenzie. Enjoyable to the end and a story line that some may also relate to.
Read more
One person found this helpful
Report abuse
See all reviews