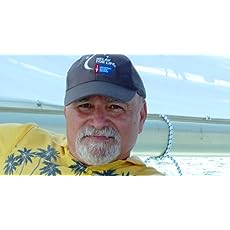 Nathaniel Robert "Bob" Winters has published 18 books in ten years, he's won awards for non-fiction (Omaha Beach) and the Voices of Lincoln poetry award (Of Dreams) winning over 1500 other poems. Winters grew up in suburban N.Y.C. with a slight Brooklyn accent, which is why he calls water 'wadda' The Navy Vietnam Veteran earned a BA in History & Sciences from Sonoma State University and a Master's in Education from CSU Stanislaus. The retired teacher lives with his wife/muse in the Napa Valley along with his howling dog named Rue. Despite having Parkinson's disease, he writes almost every day. His last publication is a poetry book Another Revolution.
Read more 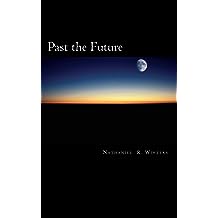 Past the Future May 15, 2015
by Nathaniel Winters
( 6 )
$2.99
Astronaut Dave O'Brien blasted into space in the year 2152, bound for Titan, Saturn's moon. His mission: to land and scout for minerals fast becoming scarce on Earth. En route, a fuel leak puts his life in jeopardy.
The only option? A never-tried emergency procedure.
"Dave, I am going to implement Van Winkle in
10-9-8-7-6-5-4-3-2-1," the computer voiced.
Gas was pumped into his space capsule, putting him into an induced coma.
Dave was entombed in dry ice as a last resort. Food and oxygen soon ran out.
Mission Control had no rescue plan. So Dave sleeps and drifts endlessly in outer space.
David O'Brien wakes in the year 2125, hearing an advertisement for Sony-Augi-Google's new model of factory-made babies ringing dream-like in his ears.
When he is fully awake, the modern man with the big head and seven fingers tells him: "We now have the technology to save your life. Then we need YOU to save the world."
Dave's strange adventure is just getting started....
Read more
Other Formats: Kindle , Paperback 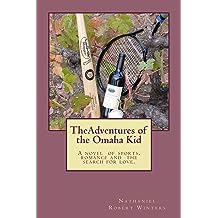 The Adventures of the Omaha Kid Oct 12, 2019
by Nathaniel Winters
( 9 )
$2.99
Five-year-old Tim Jacobson's live takes a sudden turn when he is separated from his infant sister and is taken to live with his aunt, uncle and two children. Deprived of love and comfort while growing up, the boy feel alienated, always the outsider. Blessed with athletic ability and nicnamed the Omaha Kid,Tim turns to sports as his salvation.
While professional baseball and llater tennis become the backdrop of the story, like Friday Night Lights, The Tennis Partner and The Art of Fielding, complex characters and themes are found between the covers.
The Adventures of the Omaha Kid's odyssey takes him to a world of adventure, romance and travel. Can he avoid the sirens' calls' to find love and a place to call home. Danger lurks just over the next horrizon.
Read more
Other Formats: Kindle , Paperback 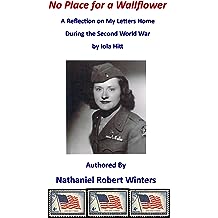 No Place for a Wallflower Oct 15, 2019
by Nathaniel Winters
( 2 )
$4.99
A Reflection on My Letters HomeDuring the Second World WarBy Iola Hitt
Read more
Other Formats: Kindle , Paperback 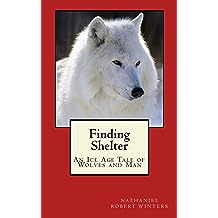 Finding Shelter from the Cold: An Ice Age Tale of Wolves and Man Jan 15, 2016
by Nathaniel Winters
( 7 )
$0.99
The story is about wolves and humans living during the Ice Age The book tells of their struggles for survival and how they come together.
Read more
Other Formats: Kindle , Paperback 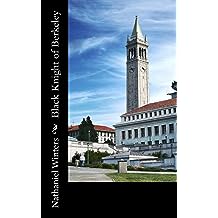 Black Knight of Berkeley Jul 22, 2015
by Nathaniel Winters
( 4 )
$2.99
Ivan Duncan was a Berkeley High School history and coach. While out dancing, he suffered a brain aneurysm.

His best friend, Rich, was a software engineer who had been developing a computer chip to implant in the brain of Alzheimer's patients to restore their memory. The chip was not yet approved by the FDA.
But to save his's friend's life, Rich and his business partner Merle, a brain surgeon, use a clandestine operation to implant the chip in their friend's brain.

Premonitions find their way into Ivan's dreams, of murders that had not yet happened. Ivan decided to fight the evil he saw in the shadows of the night. He would become the Black Knight.
Read more
Other Formats: Paperback 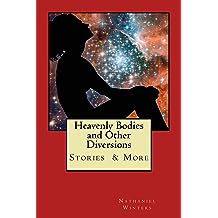 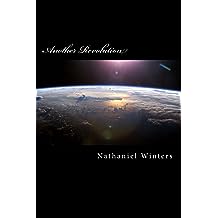 Another Revolution Oct 3, 2017
by Nathaniel Winters
( 4 )
$2.99
"Nathaniel Robert (Bob) Winters is an amazing poet. I love his Poetry." Mary O'Leary
His poem "Of Dreams" won a "Land of Lincoln" award.
Bob's poetry has appeared in journals, newsletters, anthologies and in his other published books.
Another Revolution is his second poetry book.
Read more
Other Formats: Paperback 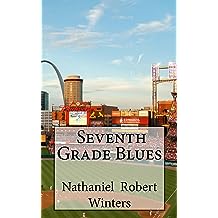 Roger Raintree's Seventh Grade Blues Nov 25, 2016
by Nathaniel Winters
( 5 )
$2.99
Hi guys! Let me introduce myself. My name is Roger Raintree and I live in Middleton which is in the middle of America, in the middle of the suburbs just outside of St. Louis. My favorite things are baseball, good friends and now that I'm in the seventh grade--girls? The cover picture is one of my favorite places on earth, Busch Stadium, where the grass is almost always perfect and just the right shade of green. It’s where my favorite team, the St. Louis Cardinals, play. I love baseball but don't get me wrong, I love other sports too. I don't want you to think that this book is all about baseball because it's not. Well...one chapter is but that's the only one. It's really about the stuff that happens to a normal kid like me in seventh grade. Sometimes, things can be real unexpected like the time a creepy guy follows me and it turns out he is later arrested for murder.
The name of the book is "Roger Raintree’s Seventh Grade Blues,” (if you remember, that’s me.) The blues thing is because sometimes weird stuff happens and also because we live in St. Louis. This city is home of the blues (for you guys who don't know, blues is a type of jazz, which was rock n' roll before there was rock n' roll.) This book started out as a short story about the time I ran away but then I just kept writing about the whole school year. It was kinda fun, but also a whole lot more work than I thought. It sure helped my English grade, but that's a whole other story. So, I guess you have to read the book. I run into quite a few adventures and even some girl stuff. I'd tell you more, but then you wouldn't read the book and I would kinda like you to read it. I hope you like it.
Read more
Other Formats: Kindle , Paperback 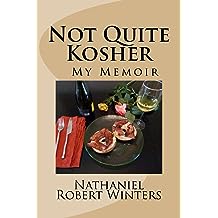 Not Quite Kosher Jun 30, 2016
by Nathaniel Winters
( 6 )
$5.99
Not Quite Kosher is not quite a memoir but a
unique blend of nonfictional prose, poetry and even fiction that parallels reality.
Nathaniel Robert "Bob" Winters life has had its share of tragedy, joy, disappointment and celebration.
Join him on his journey through a life well traveled.
Read more
Other Formats: Kindle , Paperback 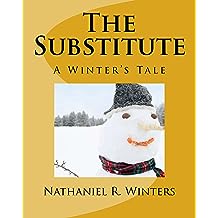 The Substitute: A Winter's Holiday Tale Sep 26, 2015
by Nathaniel Winters
( 3 )
$2.99
What happens if Santa gets sick? Is there a special trick? Who will deliver without the usual giver? How will all the toys get to the good little girls and boys? Have no fear, the Substitute is here.
Read more
Other Formats: Paperback 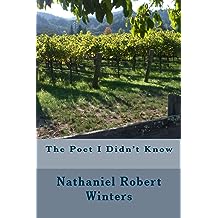 The Poet I Didn't Know Aug 26, 2014
by Nathaniel Robert Winters
$0.99
My daydreams and diversions in poetry and poetic short prose from the years 2012 through 2014.
Read more
Other Formats: Paperback 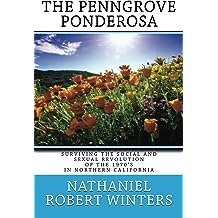 The Penngrove Ponderosa Jul 4, 2014
by Nathaniel Winters
( 4 )
$2.99
A group of young people must find their place in a society where the social and sexual morals are evolving due to the Vietnam War, Woodstock and the "Summer of Love in San Francisco." The college students form a bond of friendship to face adversity and to succeed as students.
Read more
Other Formats: Kindle , Paperback