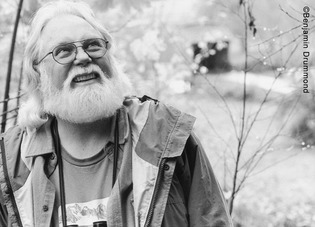 by Robert Michael Pyle (Author)
4.4 out of 5 stars 14 ratings
See all formats and editions
Sorry, there was a problem loading this page. Try again.

Nature Matrix is a gathering of some of Robert Michael Pyle’s most significant, original, and timely expressions of a life immersed in the natural world, in all its splendor, power, and peril

Nature Matrix: New and Selected Essays contains sixteen pieces that encompass the philosophy, ethic, and aesthetic of Robert Michael Pyle. The essays range from Pyle’s experience as a young national park ranger in the Sierra Nevada to the streets of Manhattan; from the suburban jungle to the tangles of the written word; and from the phenomenon of Bigfoot to that of the Big Year—a personal exercise in extreme birding and butterflying. They include deep profiles of John Jacob Astor I and Vladimir Nabokov, as well as excursions into wild places with teachers, children, and writers.

The nature of real wilderness in modern times comes under Pyle’s lens, as does reconsideration of his trademark concept, “the extinction of experience”—maybe the greatest threat of alienation from the living world that we face today.

Nature Matrix shows a way back toward possible integration with the world, as it plumbs the range and depth of experience in one lucky life lived in close connection to the physical earth and its denizens. This collection brings together the thoughts and hopes of one of our most widely read and respected natural philosophers as he seeks to summarize a life devoted to conservation.
Read more
Previous page
Next page

“In this thoughtful collection, biologist Pyle (
Tidewater Reach) examines the natural world and humanity’s place in it. Each essay reads as a standalone piece, though the ideas within benefit from closeness to one another . . . His probing, thoughtful assemblage will resonate with readers who agree that nature needs to occupy a larger role in modern life.” —Publishers Weekly

“What Pyle truly desires is to encourage readers to get outside . . . Pyle proves yet again that he is one of the most nourishing nature writers at work today. If Pyle doesn’t arouse your biophilia, check your pulse.” —Kirkus Reviews

“It is the persistent note of wonder as much as his impressive depth of knowledge and passion that makes Nature Matrix a remarkable addition to Pyle's life's work . . . An excellent introduction to the work of this veteran writer, or a continuing pleasure for readers in the know.”—Julia Kastner, Shelf Awareness

“This collection tracks the career of a fine naturalist who is a celebrant of overlooked and damaged places—irrigation ditches, vacant lots, urban campuses, and 'the suburban jungle'—as sites for natural history observation. Pyle lends his attentive eye to finding wonders in unlikely places and cultivating an ethos of care for the creaturely world wherever he takes his readers.” —Alison Hawthorne Deming, author of Zoologies: On Animals and the Human Spirit

“Written across a span of many years, these essays by Robert Michael Pyle, one of America’s great literary naturalists, make for engaging reading throughout—peppered with wit and humor, threaded through with genuine insight.” —Thomas Lowe Fleischner, executive director of the Natural History Institute and editor of Nature, Love, Medicine: Essays on Wildness and Wellness

“Robert Michael Pyle’s essays pace the fraught ground between our need for the wild and our growing neglect of it. Filled with his signature mix of insight, wit, and immersive description, this career–spanning collection is a master class in nature writing from one of its finest practitioners. Highly recommended.” —Thor Hanson, author of Buzz, Feathers, and The Triumph of Seeds

“'Many are given to write; few, to really Write.' In so declaring, Robert Michael Pyle presages his own craft, 'really' writing to beautiful effect in Nature Matrix. As he weaves through groves of prose and near verse to scale grand mountains, then rounds the next bend and descends to revel in small beauties—bird, blossom, and butterfly—Pyle opines eloquently to awaken us to wildness and the necessity of its care. Rich stories are loosely stitched together with a life lived in quest. As drops of memoir seep in to nurture wonder, strong opinions make clear this writer's favor of a more feral path. Savor the slow read, as Nature Matrix is a master noticer's lifework. Robert Michael Pyle's work merits the sauntering wander.” —J. Drew Lanham, author of The Home Place: Memoirs of a Colored Man's Love Affair with Nature

“Robert Michael Pyle's Nature Matrix: New and Selected Essays adds to his long list of books that take the reader on a literary journey of observation and discovery, or even rediscovery, as the case may be. Pyle's detail and specificity with language detail both the mundane and the mythic in the nonhuman world as a way to shake readers out of their too–familiar ways of engaging. Nature Matrix, like others of Pyle's works, leads me from the page to place so that I want to immerse myself in nature with something of his keen eye and passion.” —Dr. David Taylor, author of An Island in the Stream: Ecocritical and Literary Responses to Cuban Environmental Culture

“A remarkably observant, perceptive, and provocative writer, Robert Michael Pyle is among our most eloquent literary interpreters of nature. In prose at once grounded in science and luminous as poetry, Pyle reminds us that a complex and beautiful web of relations is not only where we find ourselves but also who we are. Nature Matrix is a brilliant book that inspires a necessary rethinking of our deeply nourishing but increasingly strained relationship with the more–than–human world.” —Michael P. Branch, author of Rants from the Hill

“There is a particular ridgeline that the naturalist–writer walks above two watersheds—that of science and that of what C. P. Snow called the realm of 'the literary intellectual.' Robert Michael Pyle has been hiking that ridge for decades now, and maybe he charts that territory better than any. I go to him often for knowledge of the natural world and for beauty—of language, of voice, of quest, of clear mission. It is so good to have such a range of his essays collected in one place.” —John Lane, author of Coyote Settles the South

Robert Michael Pyle is the author of fourteen books, including Sky Time in Gray's River, Chasing Monarchs, Where Bigfoot Walks, and Wintergreen, which won the John Burroughs Medal. A Yale–trained ecologist and a Guggenheim fellow, he is a full–time writer living in southwestern Washington.
Read more

ROBERT MICHAEL PYLE is the author of fourteen books, including Chasing Monarchs, Where Bigfoot Walks, and Wintergreen, which won the John Burroughs Medal. A Yale-trained ecologist and a Guggenheim fellow, he is a full-time writer living in southwestern Washington.

S. Terry
5.0 out of 5 stars Wonderful collection of poignant essays
Reviewed in the United States 🇺🇸 on January 8, 2022
Verified Purchase
This collection of essays is so relevant today and with the current lens of cultures bend towards separation from the Nature Matrix we exist within and because of. Very well written with the maturity of a poet of Nature.
Read more
Helpful
Report abuse