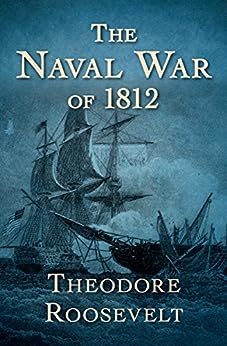 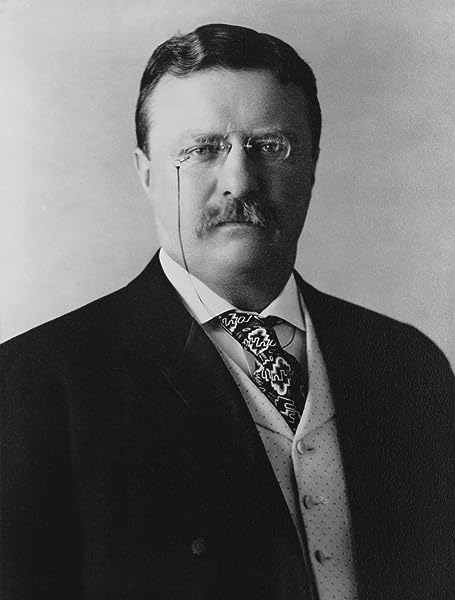 The Naval War of 1812 Kindle Edition

by Theodore Roosevelt (Author) Format: Kindle Edition
See all formats and editions
Sorry, there was a problem loading this page. Try again.
Theodore Roosevelt’s landmark work of military history: The definitive account of the War of 1812.

First published in 1882, The Naval War of 1812 established Theodore Roosevelt’s reputation as a noteworthy historian and scholar at just twenty-three years old. Four years later, the US Navy ordered copies of the book to be kept on every ship.

With exhaustive research into all levels of the conflict, Roosevelt presented an illuminating account of the political grievances between the United States and Britain, as well as the virtues and weaknesses of ship commanders on both sides. He demonstrated an impressive understanding of naval technology, detailing weaponry and ship designs and their effects on the outcome of each battle.

Refuting previous accounts of the war, Roosevelt bluntly criticized America’s military weaknesses in the face of the British fleet. Though The Naval War of 1812 initially stirred controversy in political circles, Roosevelt’s persuasive analysis inspired a movement to strengthen our national defense.

Theodore “Teddy” Roosevelt (1858–1919) was the governor of New York before becoming the vice president of the United States. At age forty-two, Roosevelt became the youngest man to assume the US presidency after President William McKinley was assassinated in 1901. Beloved by the masses, Roosevelt fought for citizen fairness, railroad regulations, and national park conservation. In 1906, Roosevelt received the Nobel Peace Prize for his successful efforts to end the Russo-Japanese War. Besides his active career in politics, Roosevelt was an avid writer, publishing over ninety pieces in his lifetime, including Theodore Roosevelt: An Autobiography, TheNaval War of 1812, and Rough Riders.

Theodore Roosevelt (/ˈroʊzəvɛlt/ ROH-zə-velt;[a] October 27, 1858 – January 6, 1919) was an American statesman, author, explorer, soldier, naturalist, and reformer who served as the 26th President of the United States from 1901 to 1909. As a leader of the Republican Party during this time, he became a driving force for the Progressive Era in the United States in the early 20th century.

Amazon Customer
3.0 out of 5 stars Content is fine, Layout is poor
Reviewed in the United States on June 18, 2017
The Naval War of 1812The content of the book is fine, but the layout is difficult to read. It's printed on large pages in a single column with a small font, resulting is great, huge blocks of difficult-to-read text.
Images in this review

The content of the book is fine, but the layout is difficult to read. It's printed on large pages in a single column with a small font, resulting is great, huge blocks of difficult-to-read text.

The content of the book is fine, but the layout is difficult to read. It's printed on large pages in a single column with a small font, resulting is great, huge blocks of difficult-to-read text.

Eros Faust
5.0 out of 5 stars TR’s First Book—A Labor of Patriotism
Reviewed in the United States on November 8, 2020
Verified Purchase
TR was a college student at Harvard when he began writing this book, but the book had a distinct patriotic purpose. English historians belittled the US Navy and its successes during this war—something that infuriated him. This book was the first effort at being a vigorous defender of Americanism.
Read more
3 people found this helpful
Helpful
Report abuse

MP Reader
5.0 out of 5 stars This book is a classic
Reviewed in the United States on April 5, 2021
Verified Purchase
This book was first published nearly 140 years ago. There are no surprises. I cannot think of anything I could say about this book that is new or different from what has been said before.
Read more
Helpful
Report abuse

Gerard K.
5.0 out of 5 stars Outstanding
Reviewed in the United States on May 19, 2021
Verified Purchase
Classic
Must read if you love naval history
Read more
Helpful
Report abuse

Eric F.
4.0 out of 5 stars Great book
Reviewed in the United States on February 11, 2021
Verified Purchase
Everything arrived on time and as advertised
Read more
Helpful
Report abuse

debbie crower
5.0 out of 5 stars love it
Reviewed in the United States on May 22, 2018
Verified Purchase
love it
Read more
Helpful
Report abuse

WFBJ
1.0 out of 5 stars Only half the book.,
Reviewed in the United States on October 16, 2014
Verified Purchase
This is only Part Two. It begins in 1814. There is NO mention of this in the product description.
Read more
18 people found this helpful
Helpful
Report abuse
See all reviews