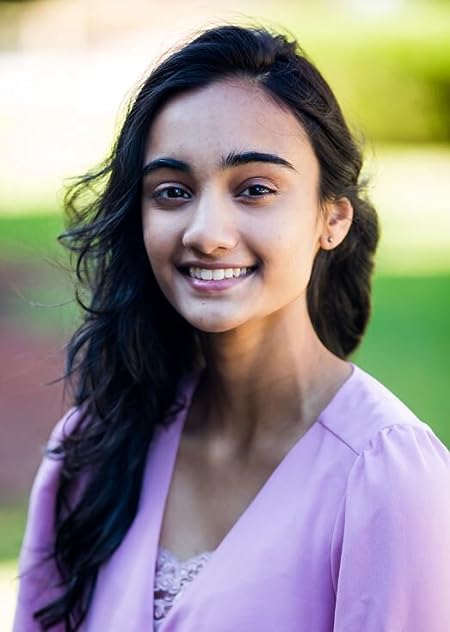 Navya Sarikonda is an award winning author of The Enchanters’ Child, which she published when she was sixteen and started writing when she was twelve. In addition to her novel, Navya is the founder of AuthorsOrigin, an organization with the goal to equip and empower kids with the tools to grow in their writing and sharing the publishing process. Navya is also the recipient of the Narayan Seva Sansthan “Shakti” (Feminine Energy) Award as their youngest recipient. In addition to this, The Enchanters’ Child was announced as a Gold Medal Winner for best book by young author by Independent Publishers, Best Young Author of 2019 by Literary Classics International awards, Winner in the 2019 American Book Fest, Winner of Literary Titan Award, Award-finalist in the 2019 International Book Awards in Young Adult Fiction Category, Semi-finalist by Indie Diamond awards in fictional category, Silver award winner and Finalist in Debut Author category of 2020 Feather quill book awards, Winner of purple story monsters inc and Indie next generation awards. She is also semi-finalist for Dante Rossetti award for emerging talent. Navya goal is to inspire others to write and show that anything is possible, regardless of age. When she is not writing, she can be found reading or playing the piano and flute. 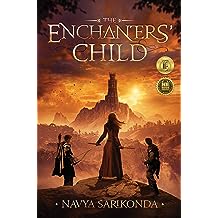 
Wren has a secret. She’s the last of the Arobol, a group of magic-wielders. After her parents were murdered by a dark entity when she was young, she has been trying to discover who has killed them. However, it wasn’t just anyone; it was the Dark Sorcerer, a being who is believed to exist only in a fairytale. When an unexpected tragedy hits, Wren is forced to flee to town in hopes of finding the leader of the Gavreel Society, said to have information on her parents’ killer.


Zayne has been working for months to uncover the reason behind the dead bodies showing up in multiple towns and the mysterious symbol that is etched into their skin. As Trading Day approaches, he goes to meet with his Gavreel Society to formulate a new plan for uncovering the person behind these killings. Little does he know that he’ll find the solution in a girl, one who’s holding as many secrets as he is.


As they race to find the Sorcerer, each for their own reasons, secrets come out, powerful enough to tear them apart.


"The Enchanters' Child is a great story with a strong premise. Navya has come up with a nice tone of mystery and introspection, and a totally new fantasy side of the world. It's an edgy and somewhat dark ride compelling reader to find out what is going to happen next... It wrenched many emotions out of me, including disbelief, sadness, tension, worry, hope and too many others to list.

-- Ann Howard Creel, author of The Magic of Ordinary Days and The Whiskey Sea

" A wonderful account of a magnificent adventure, filled with suspense and seasoned with plenty of twists and turns .."

“The Enchanters’ Child is an engaging read. The plot is interesting and easy to follow. The setting is described using an array of rich imagery and the characters are intriguing and well developed. It is a captivating story packed with magical twists and turns”

5. “Award Finalist in the Young Adult category of the 2019 American Fiction Awards”