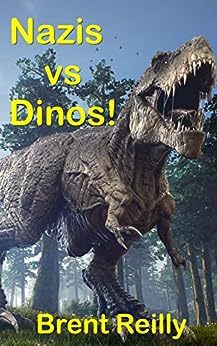 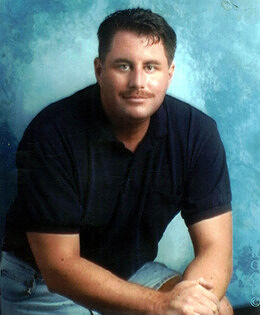 by Brent Reilly (Author) Format: Kindle Edition
Part of: Fun Monster Thrillers (21 books)
See all formats and editions
Sorry, there was a problem loading this page. Try again.
Author has sold 200,000 books & is giving away 61 free ebooks – get yours now! It’s 1944 and Hitler is desperate, so a monstrous dictator out of time sends commandos to a timeless island that some call Atlantis to steal a super-weapon that may be the lost Ark of the Covenant. The best Nazis must beat the worst monsters of the future or they’re history. The truths they discover are more monstrous than the lies they’ve been told because the island is out of time – and so are they. PRAISE FROM AMAZON VERIFIED REVIEWS: “A fantastic time. Read this now!” “Beautifully written. I loved it… The research impressed me.” “Reeled me in from the first page…A fun one…Cleverly told with a satisfying climax.” “A hilarious adventure! I can’t praise this book enough.” “Exceptional! Great plot.” “Damn good. I loved it.” “Great story. Hilarious. Amazing. I loved it. Awesome.” “A stunner. Sooo much fun. Killer hero.” “Great book. Very funny. Action packed.” “Incredibly story. Super fun.” “Awesome. Fun and funny.” “Funny. Unique thriller. Genius.” “Powerful and unpredictable. Amazing. Very fast. Great book.” “Wonderful. Seductive. Very fun. Great.”
Read more
Previous page
Next page
Next 3 for you in this series See full series
Total Price: $0.00
Next 5 for you in this series See full series
Total Price: $0.00
All 21 for you in this series See full series

I have a Master's degree, I speak Spanish, I've lived years overseas, I've been self-employed since I was 6, and I married a Colombian. My father was a magazine editor and I grew up writing. I try to put the most story in the fewest words without unnecessary dialog and hope my books can support my family when I'm gone. Authors approach books differently. I won't start a story until I have a unique twist or premise, then develop a detailed story arc. George Bernard Shaw said he doesn't write stories, but creates characters who beget them. Stephen King gets an idea and starts without knowing how it will end, while John Grisham won't begin a book until he summarizes each chapter on a card. Characters often take on a life of their own and Voltaire said it's not a tragedy unless the most like-able character dies. A protagonist must suffer for readers to feel sympathy, so everyone in A Game of Thrones suffers often. It's better to be a great storyteller than a great writer because awesome prose can't save a weak plot. I prefer to entertain than impress. You may contact me at MagnusMaximusSaga@gmail.com

Kindle Customer
5.0 out of 5 stars Good read
Reviewed in the United States 🇺🇸 on January 28, 2023
Verified Purchase
I thought this was a good story. It went exactly like I thought it would. A good spoof story with a few facts I didn't know.
Read more
One person found this helpful
Helpful
Report abuse

CAS
2.0 out of 5 stars Misrepresented
Reviewed in the United States 🇺🇸 on February 1, 2023
Verified Purchase
I picked up this novel based on the title; I thought it might be an amusing read. And the reviews were very good. Unfortunately, those reviewers were obviously reading a different novel than I was. The book was full of bad bathroom and sex jokes. At one point I was wondering if this was more geared toward adolescent males than anyone else. I wouldn't recommend this to anyone.
Read more
Helpful
Report abuse