A Necessary Hero and millions of other books are available for Amazon Kindle. Learn more
Share <Embed> 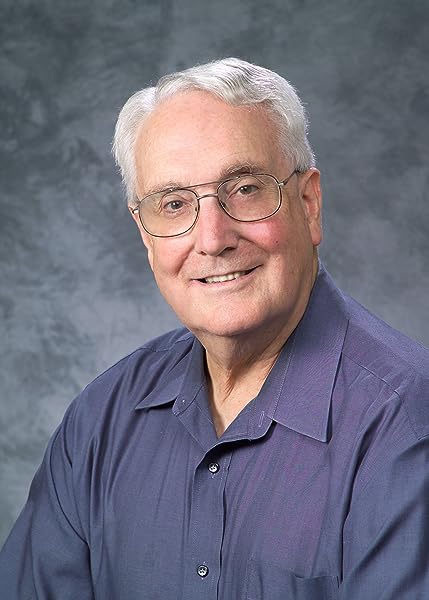 by G. W. Kennedy (Author)
5.0 out of 5 stars 7 ratings
See all formats and editions
Sorry, there was a problem loading this page. Try again.

Audible Holiday Deal
Save 46% on your first 4 months. Get this deal
Start reading A Necessary Hero on your Kindle in under a minute.

Wapshot
5.0 out of 5 stars Kennedy's novel captures Chicago during World War II
Reviewed in the United States on August 20, 2018
Verified Purchase
Bill Kennedy’s new novel “A Necessary Hero” paints a vivid picture of the colorful stateside national and Chicago political scene during the second world war through the intricate story of Mack Simmons, son of a Winnetka powerbroker. It superbly captures the tone of that era through the voice of the book’s beleaguered, wisecracking protagonist, who is sidelined from active duty and takes a lowly job in a vital production plant. Fighting his outcast status and personal demons, he’s drawn into the intrigues of his best friend’s family which involve shady aldermen and gun running gangsters. When he isn’t trying to find out what the city’s underworld is up to and doing his best to shed his background of privilege, he’s precariously chasing the elusive love of his life.

Here is a swift tale that transports us back to a time when everyone knew someone who had fallen in battle, when critical personal choices were forged in the shadow of a conflict whose outcome meant everything. With his keenly rendered mid-century Chicago tone, Kennedy does a great job of recreating the doubts, desperation, beauty and sacrifice of one of America’s finest hours.
Read more
Helpful
Report abuse

Anna Baker
5.0 out of 5 stars Pulls no punches
Reviewed in the United States on October 2, 2018
Verified Purchase
I'm a fan of Kennedy's writing anyway, but this is so different from his first novel, Purpose Pitch. It shows that he is a versatile writer. Our hero is a badly injured and socially awkward janitor who stumbles on to a hideous plot that will change U. S. history. There is some of the Kennedy humor in this, but the voice of his writing is completely different from his other book. I was put off at first, but then got so involved in the mystery I forgave him. I ended up loving it.
Read more
Helpful
Report abuse

Mary R
5.0 out of 5 stars Characters to care about
Reviewed in the United States on June 16, 2021
Verified Purchase
I should have posted this when I first read the book. An interesting and exciting read about characters I came to care about a lot who were just trying to get it right.
Read more
Helpful
Report abuse

James Stone
5.0 out of 5 stars Great book, from a great author.
Reviewed in the United States on October 18, 2018
Verified Purchase
Well, he's done it again. Mr. Kennedy has written a real page turner. Once you finish A Necessary Hero, be sure to check out the other wonderfully written books by GWK.
Read more
Helpful
Report abuse

Geza Tatrallyay
5.0 out of 5 stars A Masterful Account of War-time Chicago
Reviewed in the United States on May 31, 2021
G.W. Kennedy’s novel A Necessary Hero, set in Chicago in the forties, captures the atmosphere in the “crime capital of the USA” during the early stages of the Second World War. The protagonist is Mack Simmons, the son of a well-heeled divorce lawyer, who after a car accident that leaves him with only one eye, attempts to distance himself from his overbearing father and dysfunctional mother by working as a janitor in an airplane engine factory. His best friend, Tom Kilkenny, who joins up as a pilot, is shot down in the Philippines, but manages to crash his bomber into a Japanese warship after having all his companions eject. Mack’s father sees this as an opportunity to create America’s much-needed first hero to spur on the war effort and also to draw his estranged son back into his circle by getting him to spearhead the effort. As Mack gets involved, he digs into Tom’s father’s, “Blarney Bob” Kilkenny’s, nefarious Mafia activities and uncovers Irish Republican Army connections that could endanger the President and alter the course of the war.
Through masterful use of language, Kennedy brings back that long-gone era and casts light on the joys and heartaches, the family and social tensions, that ordinary people experienced. This is a book well worth reading and telling your friends about.
Read more
Helpful
Report abuse

Katie Marshall
5.0 out of 5 stars Adventure
Reviewed in the United States on August 29, 2021
G.W. Kennedy's A Necessary Hero combines historical people and events with fictional characters in a seamless adventure.
After losing his eye in a drunk driving accident, Mack Simmons goes into self-imposed seclusion. When his best friend Tommy dies in WWII combat, Mack's father recruits him to help to campaign to make Tommy recognized as a national war hero. When Mack is assigned the task of digging into Tommy's father's life Mack discovers a plot far bigger than all of their plans. This forces Mack to stop the Irish Republican Army before they not only change things for the people around him but possibly change the outcome for the entire country.
I found myself completed dedicated to Mack and wanted so badly for things to turn out well for him. Kennedy's writing style creates a great build-up to that perfect moment of resolution at the end. I recommend this to anyone interested in historical fiction with a great element of action.
Read more
Helpful
Report abuse

Joan Loeb
5.0 out of 5 stars Who the real hero is
Reviewed in the United States on June 16, 2021
I loved mack Simmons, the real hero in this story, from his first wise-crack to the inevitable letter he writes to his friend, the late Tom Kilkenny, summing up what's happened in his life. Kennedy's clear humor and fine detail make this one great read. Joan L
Read more
Helpful
Report abuse
See all reviews
Back to top
Get to Know Us
Make Money with Us
Amazon Payment Products
Let Us Help You
EnglishChoose a language for shopping. United StatesChoose a country/region for shopping.
© 1996-2021, Amazon.com, Inc. or its affiliates