You've subscribed to The Necklace! We will preorder your items within 24 hours of when they become available. When new books are released, we'll charge your default payment method for the lowest price available during the pre-order period.
Update your device or payment method, cancel individual pre-orders or your subscription at
Your Memberships & Subscriptions
There was an error. We were unable to process your subscription due to an error. Please refresh and try again. 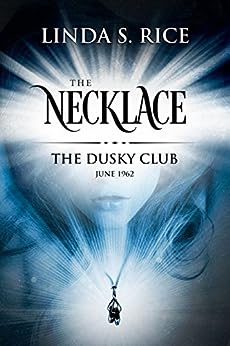 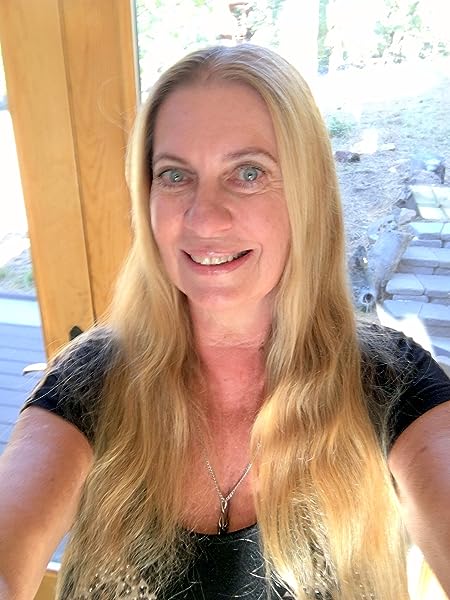 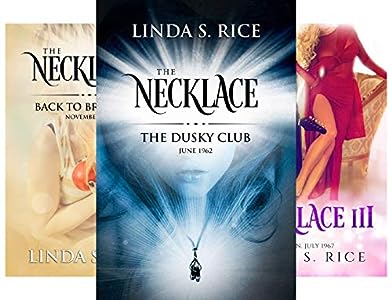 "The premise of the book is original and compelling.  Who wouldn't like a chance to answer the 'what if' questions that haunt us?" - InD'Tale Magazine

The book with its well fleshed out characters, animated writing, dramatic scenes, and a couple of valuable lessons; makes for an entertaining read, especially for readers who like out-of-the-box romances. - Online Book Club

The Necklace is really a wonderful fairy tale for adults with exciting twists and a breathtaking adventure in an unforgettable past. - Advise Books of Italy --This text refers to the paperback edition.

Linda began writing stories when she was 12 years old, and has had a passion for writing ever since. She lives in Mount Laguna, California, just east of San Diego, California, with her husband, Michael, and four cats. --This text refers to the paperback edition.

4.2 out of 5 stars
4.2 out of 5
177 global ratings
How are ratings calculated?
To calculate the overall star rating and percentage breakdown by star, we don’t use a simple average. Instead, our system considers things like how recent a review is and if the reviewer bought the item on Amazon. It also analyzes reviews to verify trustworthiness.
Top reviews

PaulBadger
5.0 out of 5 stars Well written, somewhat enjoyable
Reviewed in the United States on May 7, 2019
Verified Purchase
I picked up this book as part of a collection and figured I would give it a try.

First and foremost, I was completely unfamiliar with the author before starting. Fresh eyes and all that.

The eroticism is present, not overblown or outrageous. The characters are amazingly well defined and quite plausible. I even appreciated the supernatural aspect as a necessary thing.

So why give five stars to a book that did not speak to me? Because it is so well written, and so ideal for the right audience that anything less would be dishonest.
Read more
13 people found this helpful
Helpful
Report abuse

Linda
5.0 out of 5 stars The Power of "The Necklace"
Reviewed in the United States on October 13, 2017
Verified Purchase
Like most teenaged girls I had a crush on a famous rock star in the most famous group that ever rocked. As a grown woman now I still remember those fantasy's warmly and was thrilled to discover fan fiction existed a few years ago. I have read many romanticized stories about my crush. But Linda S. Rice's story "The Necklace" has taken it to a new level. It is fantastic! She has taken a paper paragon and turned him into a real man of his era, warts and all. It taught me real life lessons about.idolizing a paragon whose a real man. It taught me about the times and social climate he grew up in realistically. The romantic parts were wonderful with the eroticism that was a complete turn on for a grown woman. This book is one of a series of 6 that I am flying through and thoroughly enjoying! Her writing flows with the feelings we all had for our crushes be they one time or ongoing. It's like she's in my head! I want all my friends to read it and I'm thinking the series would make great Christmas presents! Thank you Linda S. Rice for books that have captivated the 60's and my imagination!
Read more
5 people found this helpful
Helpful
Report abuse

Anne Lamont
2.0 out of 5 stars Dusky it is
Reviewed in the United States on June 23, 2019
Verified Purchase
I did not like this book. I appreciate how hard it is to write good dialogue and make fantasy good enough to suspend belief so I gave the book a second star for effort. Being the same age as the main character I thought it would be interesting to see what happens when a 61 year old woman goes back to being 17. It seemed a good premise - going back to meet the guy from the band you loved when you were a kid. But this was a huge disappointment. Maybe someday that story could be told with humor and grace, didn't happen in these pages.
Read more
3 people found this helpful
Helpful
Report abuse

sweet dreams are made of these
3.0 out of 5 stars The necklace, every woman's dream
Reviewed in the United States on December 4, 2019
Verified Purchase
Who doesn't dream of that second chance to find out what would have happened. After a lifetime of a good marriage Susan still goes weak in the knees just thinking about the guy in the British band. When on a cruise ship she meets a mysterious lady that wants to send her back to that special time when she was seventeen, she goes.... The club was thick with smoke and loud from cheering fans but when their eyes locked on each other it was as if no one else was around and the adventure started.

I liked the characters and the story but gave it only three stars because several places I had to flip pages because of sexual content.

This is a bittersweet love story so be sure to have a box of tissue close.
Read more
One person found this helpful
Helpful
Report abuse

Pearl Cawley
5.0 out of 5 stars An entertaining escape from reality, serving also as excellent fan fiction.
Reviewed in the United States on October 13, 2014
Verified Purchase
Most who grew up obsessed with The Beatles will easily identify with this sweet novel, which provides a fantasized fly-on-the-wall perspective of what one of the Fab Four's pre-fame personalities may have been like. Although the portrayal centers around "James" who is in a band in Brighton, England in 1962, the action and narrative clearly parallels Paul McCartney before Beatle fame has struck. The writer does a wonderful job capturing McCartney's, looks, speaking style and personality. Those of us who've seen A Hard Day's Night and Help can visualize McCartney throughout the story. Clever and humorously reworked but easily recognizable Beatle song parodies are sprinkled generously throughout. James is a good characterization of how fans would have pictured McCartney to be as a young man living with his father: thoughtful, and gentlemanly, as well as a sex maniac. And who wouldn't want to go on a picnic with Paul. A product of English upbringing during that early rock and roll era, involving male chauvinism and self-centered egotism.

The story starts out in the present when two 62-year-old best friends go on a cruise. They meet two Haitian fortune tellers, who give Susan opportunity to travel back in time to meet the man she has been obsessed with since her teens. Susan is told that she will learn a valuable lesson about herself. Susan travels back possessing her sophisticated 62-year-old experience in the body of her ex 17-year-old self. To not give everything away, this is a good fantasy well written and plotted out and the idea of a lesson is necessary to the novel's denouement.

For me, the "lesson learned" gets somewhat nullified because Susan hints early on, how much she has in common with her husband that James can never fulfill. In essence,everything Susan imagined in James already exists in her own husband.

Our idols are best left as fantasies. In that light, and though I greatly enjoyed the book, being a diehard Beatle fan, the other three are not treated with much attention. The protagonist, Susan, is never excited at being around John's or George's counterparts. Idealized as James is, he is narrow minded and controlling in his treatment of women--very common amongst males at the time. Thus, probably very accurate generalization. However, just as Susan knew James would become a vegetarian, she also had to know of his (James/Paul's) future social conscience, progressive attitudes and spiritual expansion. The Beatles quickly evolved from "teen idols" to highly revered artists of intellect. Susan's learned lesson somewhat contradicts this eventual growth with the implication that she can discuss politics, etc with her husband but could never do the same with James. That is my only contention, if I have one with the plot. The Beatles transcended into political, socially conscious people along the journey of their unparalleled fame. This has been touched upon in so many places that, the story stands strongly as told through the lens of a fortunate fan who got up close and personal to a dream. The tale stands on its own even if there was no Beatle "parallel". This is very creative fun page turning fiction, with more to come. I look forward to escaping into the sequel.
Read more
7 people found this helpful
Helpful
Report abuse
See all reviews