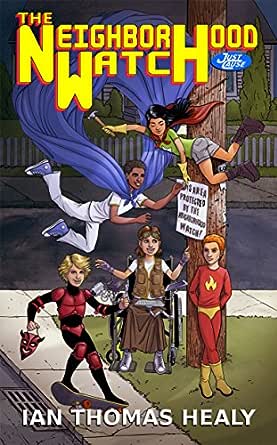 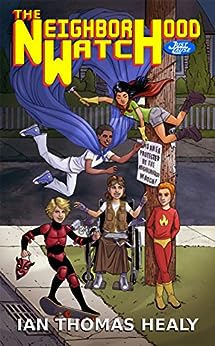 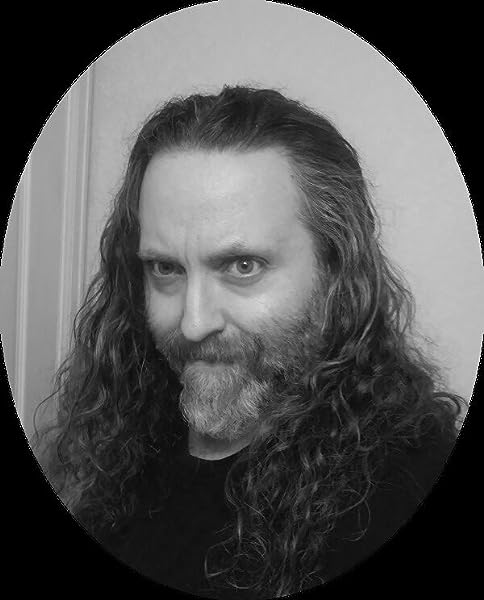 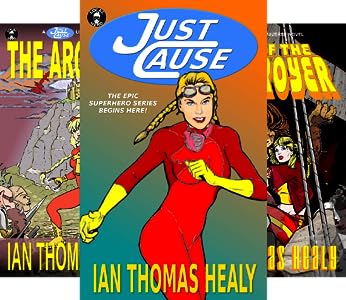 Ian Thomas Healy is a prolific writer who dabbles in many different speculative genres. He’s a eleven-time participant and winner of National Novel Writing Month where he’s tackled such diverse subjects as sentient alien farts, competitive forklift racing, a religion-powered rabbit-themed superhero, cyberpunk mercenaries, cowboy elves, and an unlikely combination of vampires with minor league hockey. His popular superhero fiction series, the Just Cause Universe, is ever-expanding, as is his western fantasy epic The Pariah of Verigo. He is also the creator of the Writing Better Action Through Cinematic Techniques workshop, which helps writers to improve their action scenes. Ian also created the longest-running superhero webcomic done in LEGO, The Adventures of the S-Team, which ran from 2006-2012. When not writing, which is rare, he enjoys watching hockey, reading comic books (and serious books, too), and living in the great state of Colorado, which he shares with his wife, children, house-pets, and approximately five million other people. Follow him on Twitter as @ianthealy and on Facebook as Author Ian Thomas Healy. Ian founded Local Hero Press in 2011. Press. His ebooks can be found on Smashwords, Kindle, Nook, Kobo, iBook Store, and other online retailers, and print books can be ordered through Amazon, CreateSpace, Barnes & Noble, your local bookstore or directly from Local Hero Press. --This text refers to the paperback edition.

R. Pylman
4.0 out of 5 stars A fun addition to the Just Cause universe
Reviewed in the United States on October 21, 2016
Verified Purchase
A fun addition to the Just Cause universe... young kids with superpowers trying to live up to their idols' examples. It's about friendship, and dreams, and disappointments. It also advances the overall Just Cause story arc in an interesting direction, and I look forward to future installments and where the indicated directions will end up.
Read more
2 people found this helpful
Helpful
Comment Report abuse

Kindle Customer
5.0 out of 5 stars Healy is an awesome story teller
Reviewed in the United States on October 28, 2016
Verified Purchase
I love the Just Cause books. This is a worthy addition to the ranks. Can't wait for the next one.
Read more
2 people found this helpful
Helpful
Comment Report abuse

Pauline Yu Wikoff
5.0 out of 5 stars Totally Engrossing
Reviewed in the United States on February 22, 2017
Wow! What a wonderful, engrossing page turner about the next generation of Just Cause Universe heroes. I enjoyed every page of this book and hope to read the sequel or sequels to this. Mr. Healy's portrayal of the heroic tweens is very realistic. This is like going back to 7th grade but with a superhero and yet very human perspective.
I received this book free in exchange for my honest review.

Anna
5.0 out of 5 stars Next generation
Reviewed in the United States on November 28, 2016
Ian Healy did it again! The kids are just as captivating as the grownups and just as determined. Hooray for superheroes!
Read more
3 people found this helpful
Helpful
Comment Report abuse
See all reviews