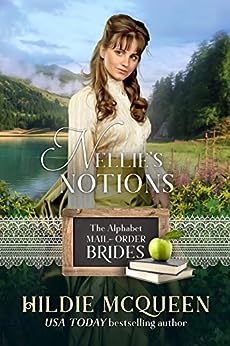 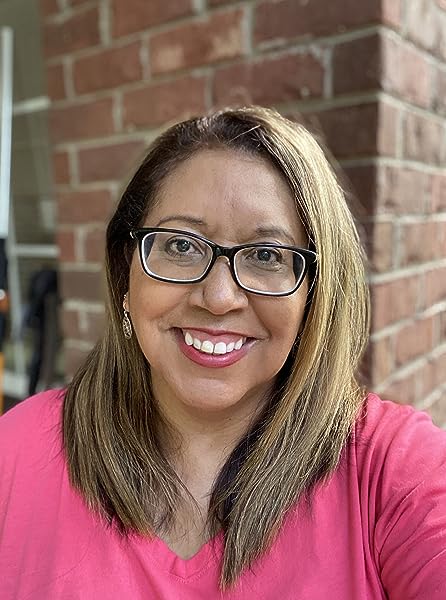 4.5 out of 5 stars
4.5 out of 5
59 global ratings
How are ratings calculated?
To calculate the overall star rating and percentage breakdown by star, we don’t use a simple average. Instead, our system considers things like how recent a review is and if the reviewer bought the item on Amazon. It also analyzes reviews to verify trustworthiness.
Top reviews

Cindy Boyer
5.0 out of 5 stars Happily ever after?
Reviewed in the United States on January 18, 2019
Verified Purchase
Awesome story containing mystery and romance! A young woman who has never been apart from her only family, her mother, is drawn to the west to start a school and become a bride. Her decision to go was based on a picture of her future groom! Very good story with a few twists and turns. Nellie is one courageous young lady, who yes at times, sheds a few tears and was second guessing her decision to move. Highly recommend - one of Hildie’s best!
Read more
Helpful
Report abuse

Sandra Sam
5.0 out of 5 stars Wonderful read
Reviewed in the United States on January 18, 2019
Verified Purchase
A very creative and entertaining story and series. Multiple authors came together to create a wonderful series by using every letter in the alphabet to name their characters and tell their story. Nellie's story is a great addition to this series. I highly recommend you enjoy this story and the others in this series.
Read more
Helpful
Report abuse

Claire
4.0 out of 5 stars N is for Nellie
Reviewed in the United States on February 23, 2019
Verified Purchase
Lovely sweet romance which I enjoyed very much. I have been loving this series and this book has not let me down it is a good read.
Read more
Helpful
Report abuse

Kindle Customer
5.0 out of 5 stars #14
Reviewed in the United States on January 14, 2019
Verified Purchase
Awesome story of a new beginning and the trials of dealing with the town and things that happened in the past all while discovering each other and beginning a marriage.
Read more
Helpful
Report abuse

Judy A Snipes
5.0 out of 5 stars Awesome
Reviewed in the United States on April 14, 2021
Verified Purchase
Could not put down once I started to read. Such an enjoyable read. The Alphabet Mail-Order Bride Series has been inspiring in a unstable world.
Read more
Helpful
Report abuse

Cheryl A
5.0 out of 5 stars Taking Chances
Reviewed in the United States on January 16, 2019
Although not technically an orphan or foundling, Nellie grows up in the home, becoming a teacher. As a child, she and her mother begged shelter from a winter storm and stayed, helping in the kitchen. Madam Wigg can't turn adult's in need away, either. Nellie agrees to travel west, marry and start a school-- but only if she can have a man from the grooms' newspaper already marked by another girl. When the paper comes back around to Nellie, the mark is scribbled out, and Nellie quickly marks him with her name.
Traveling to Hammond, Montana, Nellie is met by Henry, who explains he's taking her to the Hotel, as the Preacher is away but expected back tomorrow. Nellie, having met a cheerful and giving woman, Regina, on the stage who was traveling home invites Nellie to stay overnight with her. Both Nellie and Henry agreed. Nellie sees Henry trying not to engage with an angry young woman across the street as he leaves, and the next thing Nellie knows, the woman is in her face, demanding to know who she is. Regina send her away. Nellie had known Henry was previously engaged, and it appears she just met his ex.
Read more
One person found this helpful
Helpful
Report abuse

DottieSivo737
5.0 out of 5 stars Big City to Big Love!
Reviewed in the United States on January 13, 2019
Dottie rated a book it was amazing
9 days ago
Nellie's Notions by Hildie McQueen
Nellie's Notions (The Alphabet Mail-Order Brides, #14)
by Hildie McQueen (Goodreads Author)
Read
Read in January 2019
Raised in New York by a single mother, Nellie Higgins has always been a hard worker. She works alongside her mother in a school for orphans and foundlings. As part of the owner's gratitude for Nellie's efforts, she rewards the young woman with a grant to set up a school in Montana. The plan is for Nellie to venture west as a Mail Order Bride, and set up the school. AS she goes west she realizes that her future is as boundless as the Montana sky before her eyes.

Henry Clarkson is (no other way to put it) a beautiful man! Despite his previous troubled relationships, he's willing to give this marriage to a complete stranger a go. He has a crazy ex-fiance, and a meddlesome mother... These two things would be enough to send any bride packing, but Nellie gets past it after falling for this man with his huge heart.

Hildie McQueen has given us a wonderful western novella. It's part of the Alphabet Mail-Order Brides series, but can easily be read as a standalone novel. The characters are gripping and compelling as you read on through Nellie's transition from big city to western. I'm seriously hoping that we can see some of these characters in future works!
Read more
Helpful
Report abuse

KathySat
5.0 out of 5 stars Nobody writes Mail Order Brides like Hildie McQueen!
Reviewed in the United States on January 13, 2019
In all honesty, I don't believe that I would have ever had the fortitude and courage to leave my only parent and move across the country like the Mail Order Brides. Nellie is promised a grant to open a school if she does just that. Leaving her mother and heading to a man she has only seen in a picture, she navigates her way to her future. Henry has allowed his former fiancé to blame him for the breakup. He is trying to make a life for himself. While Nellie and Henry marry, neither intends to fall in love, but that's exactly what happens.

Wonderful story that kept me thoroughly engaged and eager to see where life's twists and turns take Nellie and Henry. I love the fact that there are secondary stories within Hildie’s stories.
Read more
Helpful
Report abuse
See all reviews

jane pearson
5.0 out of 5 stars The Alphabet Mail-Order Brides
Reviewed in the United Kingdom on February 22, 2019
Verified Purchase
Loved this story Henry’s character was unique even tho his ex-fiancée was in the wrong he took the heat to save her reputation even tho she was a meanie. Nellie however was totally different she came to Hammond Montana to marry a man she hadn’t met and with a goal in mind to start a school that even orphans could attend like all the other alphabet brides madam Wigg intended to give her a grant to help the school establish when she arrives there are many issues confronting her together as the story unfolds Henry and Nellie’s differences cause each other problems and to top it off you get two love stories in this book for the price of one a very enjoyable read
Read more
Report abuse
See all reviews