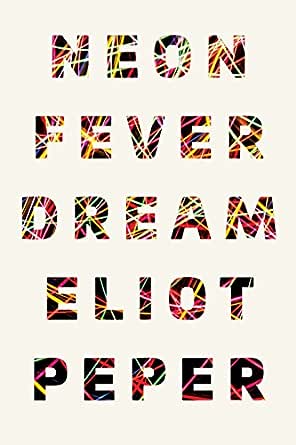 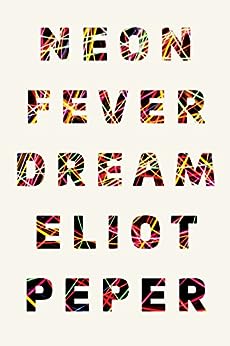 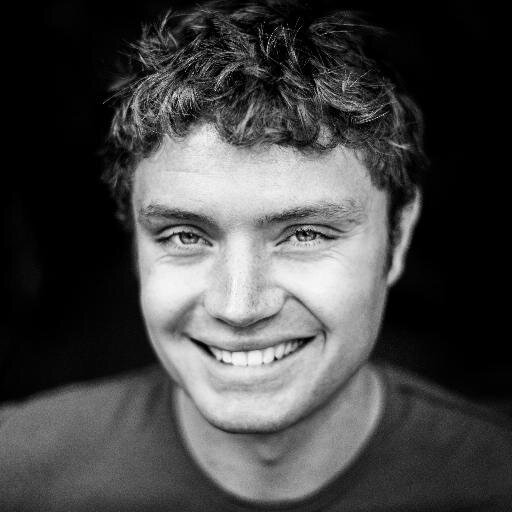 "The craziest Burning Man story that never happened, a tightly-woven tale of espionage and self-realization. The story brings together Tongan gangsters, breakaway Tamil death squads, wine-loving EMTs, and more, throwing them all into a kinetic finale more incendiary and captivating than the actual "Burn" itself. Blood is shed, lives are lost, backs are stabbed, love is made, lessons are learned, and by the end of it all, you might even welcome a return to your comparatively prosaic life. Do yourself a favor and check out Neon Fever Dream."-Popular Science
"Outstanding. Totally nails it at all levels. Incredibly powerful female characters who are simultaneously introspective and totally kickass heroic leaders. I read the whole book in one evening and loved it."-Brad Feld, Managing Director at Foundry Group
"Eliot Peper writes up a cast of unique characters to pull you through something that might be a dream, or might be a nightmare."-D.J. Molles, New York Times bestselling author of The Remaining Series and Wolves
"An amazing blend of international espionage, underground journalism, and martial arts that makes for a fast, fun, and intriguing read. Peper does a wonderful job stitching together wildly disparate threads into a cohesive, clever, and compelling yarn that Burners and non-Burners alike will enjoy."-Tim Chang, Managing Director at Mayfield Fund
"The energy of Peper's writing and the strength of his characters are palpable."-TechCrunch

In 2013, my wife and I travelled through Asia and East Africa for nine months. We spent 33 days on a trek through Himalayan backcountry in Nepal, scrambled up crags in northern Ethiopia, and dove the colorful reefs off the northern tip of Sumatra. But perhaps the most otherworldly place we visited was Burning Man, where we went immediately after our wheels hit American tarmac.
Burning Man was powerful precisely because it was so hard to define. Rather than a wild narcotic-infused bonanza, we discovered that the atmosphere was far more diverse and creative. Lacking the formal structure of a large music festival with stages and schedules, each participant's experience was shaped by where they wandered when, and whom they happened to meet. It wasn't a party. It was a temporary community populated by artists, technologists, doers, makers, scientists, goofballs, geeks, and freaks united not by their interests, but by a proactive mandate to accept, support, and give.
Much like spending time in a foreign country, Burning Man made us question the things we took for granted in our everyday lives. Friendships formed quickly and spontaneously. We have since returned, and plan to do so regularly.
Burning Man was a wonderful port of reentry into the United States. At the same time, it reminded us of the impossible adversity people face every day in many of the countries we had just returned from. While we were playing on the playa, the Maldives was wracked by political upheaval, our favorite bookshop in Kathmandu went up in flames, and Sri Lankan dissidents disappeared without a trace.
That was the seed of this story. International intrigue makes for a compelling page-turner, but in the real world such machinations tear people's lives apart. A few of those lives might collide against the incomparable backdrop of Burning Man. Stranger things have happened, particularly in Black Rock City.
From there the story grew and changed, taking on its particular shape. A friend-of-a-friend became involved in a federal investigation of Tongan Crips in Utah. My wife and I took some Krav Maga classes in Oakland. A refugee taxi driver told me about how his loved ones had been persecuted by the Karuna Faction. I met journalists and security experts following the evolving relationship between the expansion of technological surveillance capabilities and the role of international criminal organizations. The pieces fell into place.
We often read nonfiction to learn about the world around us. But fiction offers something else, a chance to explore our own subjective experience of living in that world. It gives us a glimpse into the minds and hearts of other human beings. It empowers us to escape and in escaping, reflect. The most powerful stories compel us, move us, and leave us with more questions than answers.

Eliot Peper writes speculative thrillers that explore the intersection of technology and culture. He is the author of Breach, Borderless, Bandwidth, Cumulus, True Blue, Neon Fever Dream, and the Uncommon Series, and his books have been praised by the New York Times Book Review, Popular Science, San Francisco Magazine, Businessweek, io9, Boing Boing, and Ars Technica. He has helped build technology businesses, designed games, survived dengue fever, pioneered new media formats, translated Virgil's Aeneid from the original Latin, worked as an entrepreneur-in-residence at a venture capital firm, and explored the ancient Himalayan kingdom of Mustang. His writing has appeared in Harvard Business Review, TechCrunch, VICE, Tor.com, the Verge, and the Los Angeles Review of Books and he has been a speaker at places like Google, Comic Con, Future in Review, SXSW, and the Conference on World Affairs.
Read more