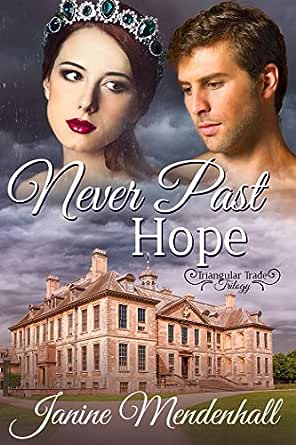 You've subscribed to Triangular Trade Trilogy! We will preorder your items within 24 hours of when they become available. When new books are released, we'll charge your default payment method for the lowest price available during the pre-order period.
Update your device or payment method, cancel individual pre-orders or your subscription at
Your Memberships & Subscriptions
There was an error. We were unable to process your subscription due to an error. Please refresh and try again. 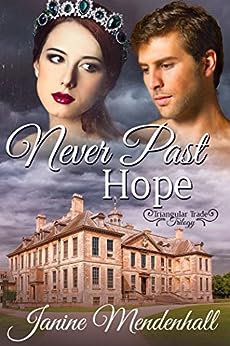 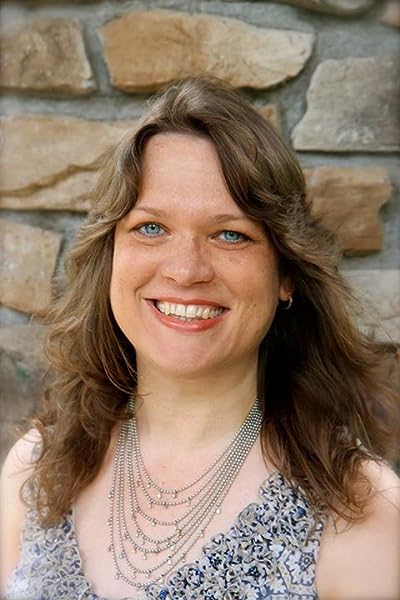 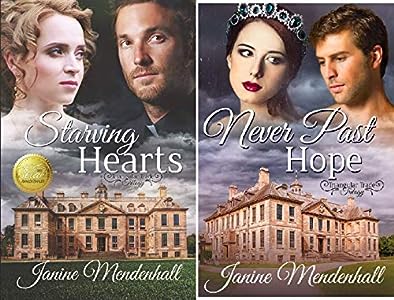 Sometimes Janine Mendenhall sleeps. But between training her new golden retriever and devising suspense-filled historical novels in which love always wins, she's up most nights. Her first novel, Starving Hearts, was a finalist for both the prestigious Carol Award and Selah Award. Now retired from teaching and with her four oldest children are mostly out of the nest, she has even more time to watch movies like Poldark, which she still considers research. --This text refers to the paperback edition.

3.9 out of 5 stars
3.9 out of 5
39 global ratings
How are ratings calculated?
To calculate the overall star rating and percentage breakdown by star, we don’t use a simple average. Instead, our system considers things like how recent a review is and if the reviewer bought the item on Amazon. It also analyzes reviews to verify trustworthiness.
Top reviews

Klkfrog
4.0 out of 5 stars Redemption and Second chances
Reviewed in the United States on January 30, 2019
Verified Purchase
This was a good book. I had a hard time getting into the book to begin with. I had to reread portions of the first book to be able to understand this book. This book was filled with Mary and Steven's thoughts about their current statuses and how they were going to deal with their futures. It was also filled with the other characters and how they were dealing with the aftermath of Steven's escapades. Towards the middle of the book the action starts to begin and the way the situation plays out is pretty amazing. Mary held true to the vow she had made of never marrying anyone but Steven. Mary saw past the ugliness that Steven had shown in the last several months prior to his arrest. Steven had a hard beginning and he planned his revenge on the people that had caused his difficult life. After he was told that he went after the wrong family, he was remorseful and felt unworthy to live. I liked how he came to know the God of second chances. Mary had a heart of gold in wanting to see that Steven knew that God was for him and had forgiven him. Overall, this was a great story of redemption and second chances.
Read more
Helpful
Comment Report abuse

Whitney Arnold
4.0 out of 5 stars Never Past Hope
Reviewed in the United States on November 12, 2019
Verified Purchase
This book caught me a little of guard. I was expecting your typical second romance book, where characters are maybe intermingled at best, but a completely new stand alone story. So I was pleasantly surprised when this book started right where book one left off.

A great story overall although very slow moving, but that didn't bother me much. Definitely an emotional book and some people may be a little Disturbed by some of the dungeon scenes. I really felt for likebridge in the first book so it was great to have more of his story

My main complaint about the book was allot of the dialogue was very confusing and it was hard to tell who was saying what.

Also the first book had so many twists and turns (which I know is hard to duplicate) but this one it's like she tried to add twists but they were kind of pointless.

Crystal Crossings
VINE VOICE
3.0 out of 5 stars Characters not really believable.
Reviewed in the United States on September 14, 2018
Verified Purchase
I read a great many books and after starting this one I had to go back and re-read the first one so I was not so confused. I think the author should take note of that since I am not the only person who has reviewed this book and had that problem. This book was rather complex and the characters not really believable. I hate writing that because I enjoyed how the author writes words, but the storyline was not my cup of tea. I really can only give this one a 3 star.
Read more
Helpful
Comment Report abuse

L
4.0 out of 5 stars Enjoyable
Reviewed in the United States on October 3, 2018
Verified Purchase
Enjoyed the storyline. I couldn't keep the characters straight at times, who's related to her who, etc. Wished I had a hard copy of Starving Hearts to refer back to so I could refresh my memory but I had borrowed it from the library. This is a good series though and I plan on reading the next book when it comes out.
Read more
Helpful
Comment Report abuse

B A Farnsworth
5.0 out of 5 stars Clean and fascinating
Reviewed in the United States on October 4, 2018
Verified Purchase
I thoroughly enjoyed this clean, historical fiction. I think the thing that I enjoyed most is the fact that it is not the usual presentation of a regency novel.
Read more
One person found this helpful
Helpful
Comment Report abuse

Kindle Customer
3.0 out of 5 stars Good book
Reviewed in the United States on June 7, 2019
Verified Purchase
I liked the characters. What ruined it for me was the fact that I didn't really want to pick it back up to read more. It was too drug out with minute details upon details.
Read more
Helpful
Comment Report abuse

bets29Top Contributor: Historical Fiction Books
5.0 out of 5 stars Actually Very Good
Reviewed in the United States on October 21, 2018
Verified Purchase
I will admit that the first chapters were long drawn out descriptions/thoughts, etc. But there was enough that was interesting which caused me to keep reading - and I am glad I did. Things really pick up and kept me wanting to read more.
Read more
Helpful
Comment Report abuse

Pretty Boy
3.0 out of 5 stars Well-written but difficult
Reviewed in the United States on October 3, 2018
Verified Purchase
I tried to get into the flow of the story, but the author's style of writing made it difficult to get past the first few chapters of the book. Her characters were not well-defined. My apologies to the author, but this is not relaxed reading to me.
Read more
Helpful
Comment Report abuse
See all reviews

Cathy Morgan
4.0 out of 5 stars good book
Reviewed in Australia on September 23, 2018
Verified Purchase
Steven Likebridge is in prison and has just been sentenced to death by hanging. His actions have been terrible and have hurt many people, but three in particular are Peter, once a pastor but now a gentleman of property since his father's death, his sister Mary Hope, and Annette, the woman he loves. Despite Likebridge's behaviour, Mary Hope has been secretly in love with him for some time, and finds his condemnation difficult to come to terms with, especially given that he is not saved. She persuades Peter to go to visit Likebridge and pray with him, much against Peter's own wishes, not least because of his fears of how Annette will take such an action. But Peter is unable to see Likebridge the first time, and is forced to take Mary Hope with him to try a second time just before the execution. From there, the story only gets more complicated, with issues of forgiveness, grace and love coming up repeatedly. A failed execution, illness, attempted murder, and a man finally brought to his knees admitting his sin are just a few of the events.

I started reading this book without really realising that it was the second part of a trilogy. That was a mistake. It was clear from very early on that there had to have been an earlier book because past events were constantly being touched upon in a way that didn't really clarify things for anyone who hadn't read the earlier book - but I kept reading because the writing was such as to draw me on almost unwillingly. I considered several times just putting the book down because I was quite confused, but each time I found I couldn't because I wanted to know more. At the same time, even having finished the book I'm rather confused about who many of the characters were and how they were related, and I hope to go back and read the earlier book when I have time so that I can get the full story - maybe then things will all make sense.

So, all in all, I would suggest that this book be read only as part of a trilogy, not on its own. The book itself was well written, and the story was clean, though some readers may not like reading the descriptions of the prison and Likebridge's treatment there. It's definitely not a light read, but I didn't find it too dark either. Some may feel that the mentions of God and faith were a bit overdone, but I felt that it stopped just short of over the top. The theme of forgiveness in particular comes out strongly. I hope to read more by the author in future, but will be careful to read the books in the right order!
Read more
Report abuse

Kerralyn
3.0 out of 5 stars Enjoyable story. Complex plot and character list
Reviewed in Australia on September 16, 2018
Verified Purchase
An enjoyable story. It has a lot of characters and I found it a little hard to keep track of them all and their relationships to each other. A cast list would have been helpful. There were some surprise twists in the story to keep it engaging. I liked how the struggle of forgiveness was shown from different perspectives.
Read more
Report abuse
See all reviews