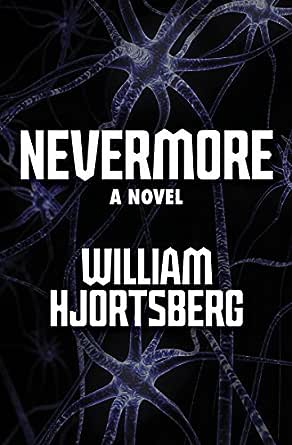 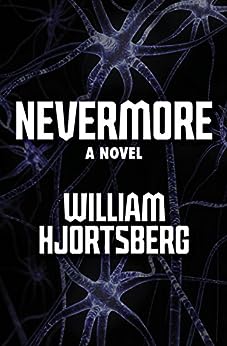 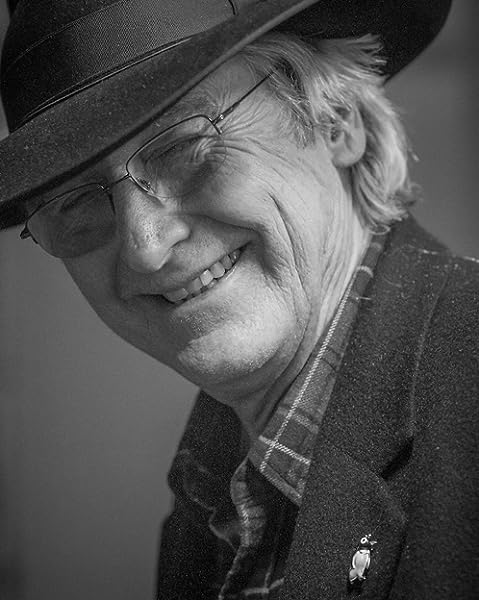 “Nevermore . . . never grows heavy. In writing this fictionalized adventure of nonfiction characters, Mr. Hjortsberg was obviously out to have a good time. In the process of doing so, he has given his readers one as well.” —The New York Times
“Every good story needs a setup, and William Hjortsberg is his own Ed McMahon, an often brilliant master of the details of time and place that make his thrillers come to life.” —The Washington Times
“Hjortsberg has it, the kind of alchemy which transmutes cow slop into gold.” —The Raleigh News and Observer

William Hjortsberg (b. 1941) is an acclaimed author of novels and screenplays. Born in New York City, Hjortsberg’s first success came with Alp (1969), an offbeat story of an Alpine skiing village, which Hjortsberg’s friend Thomas McGuane called, “quite possibly the finest comic novel written in America.” In the 1970s, Hjortsberg wrote two science fiction novels, Gray Matters (1971) and Symbiography (1973), as well as Toro! Toro! Toro! (1974), a comic jab at the macho world of bullfighting. His best-known work is Falling Angel (1978), a hard-boiled occult mystery. In 1987 the book was adapted into a film titled Angel Heart, which starred Robert De Niro and Mickey Rourke. Hjortsberg’s most recent work is Jubilee Hitchhiker (2012), a biography of Richard Brautigan, American writer and voice of 1960s counterculture.

Set in the Jazz Age and featuring Harry Houdini and Sir Arthur Conan Doyle as protagonists, Hjortsberg's gothic mystery centers around spiritualism and a murderer who is modeling his crimes after those in the stories of Edgar Allan Poe.
Copyright 1995 Reed Business Information, Inc. --This text refers to an out of print or unavailable edition of this title.

Harry Houdini and Sir Arthur Conan Doyle join forces in this historical mystery with occult overtones. In his later years, Doyle has become a true believer in mediums who speak with the spirits of the dead. Houdini, as a master of illusion, takes pride in exposing and debunking such fraudulent people. Despite their opposing views, a mutual interest in the occult draws them together in a respectful friendship. When murders patterned after the tales of Edgar Allan Poe begin to occur, Houdini and Doyle are as fascinated as the rest of the citizens of New York. When they discover that all the victims have a distant relationship to Houdini, they decide to work together to solve the mystery. Nevermore is an enjoyable though sometimes gruesome adventure that is much enhanced by the author's use of the many details behind Houdini's amazing escapes and magic tricks. For popular collections.
--A.M.B. Amantia, Population Action International, Washington,
Copyright 1994 Reed Business Information, Inc. --This text refers to an out of print or unavailable edition of this title.

Hjortsberg is best known as the author of Falling Angel (1978), a hard-boiled crime novel (with a touch of the supernatural) set just after World War II. This time Hjortsberg steps back a generation to the 1920s and New York City. A series of killings--connected only in that each bears a similarity to a Poe tale--takes place in the tenements of Hell's Kitchen. The killer's ultimate target may be renowned magician Harry Houdini. Through a mutual friend--spiritualist Opal Fletcher--Houdini and noted author Arthur Conan Doyle form an uneasy alliance to solve the crimes. Doyle is visited by the spirit of Poe, who doesn't conform at all to the brand of spiritualism Doyle espouses. Houdini himself spends his spare time debunking phony mediums and spiritualists. Is the killer jealous of Houdini? Is there truly an otherworldly element to the killings? Houdini's knowledge of magic and illusion combines with Doyle's Holmesian logic to bring the case to a close. Although the period details are right and the Doyle-Houdini partnership is cleverly developed, the conclusion is curiously flat. Still, this is an entertaining historical mystery and will please the many fans of the genre. Wes Lukowsky --This text refers to an out of print or unavailable edition of this title.

A carefully researched thriller that provides many fascinating details about celebrities of the Jazz Age but fails miserably and completely to provide any suspense. The novel has three protagonists: Sir Arthur Conan Doyle, the British creator of Sherlock Holmes, who is on a US tour to promote the spiritualist practices in which he ardently believes; Harry Houdini, the masterful escape artist, magician, and debunker of mediums; and Mrs. Opal Fletcher, a.k.a. Isis, a wealthy widow and clairvoyant to the elite. Doyle and Houdini are great friends and together resolve to find the serial murderer who patterns his killings on the grisliest death described in the fiction of Edgar Allan Poe. But Hjortsberg is not interested in spinning a good detective yarn. He hardly ever shows the pair sleuthing, and when he does, their efforts seem elementary and uninspired. Even Poe's ghost, who appears to Doyle regularly, can't get the men out of their easy chairs and into some serious action--physical or mental. It doesn't help that the author can't decide who the real hero of the story is; both men seem equally inept, while the murderer is determined, methodical, and obvious to the reader from the start. Houdini's love affair with Isis starts off titillatingly (she uses an ivory dildo filled with warm milk to bring him to a heightened, prolonged orgasm) but withers almost immediately, since the author denies him any sense of involvement with the woman or their child. All the characters wander through this fact-filled, name-dropping plot in a stupor, as if they--like the killer's victims--had chloroformed bags pulled over their heads. Hjortsberg is the author of seven previous novels (Falling Angel, 1978, etc.) and a number of screenplays. Practice does not always make perfect. (First printing of 75,000; $65,000 ad/promo) -- Copyright ©1994, Kirkus Associates, LP. All rights reserved. --This text refers to an out of print or unavailable edition of this title.
Read more