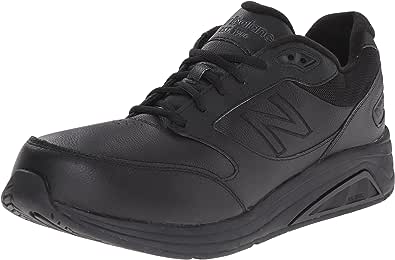 We encountered an unexpected issue.
OK

New Balance is dedicated to helping athletes achieve their goals. It's been their mission for more than a century to focus on research and development. It's why they don't design products to fit an image. They design them to fit. New Balance is driven to make the finest shoes for the same reason athletes lace them up: to achieve the very best.

New Balance, is dedicated to helping athletes achieve their goals. It's been their mission for more than a century. It's why they don't spend money on celebrity endorsements. They spend it on research and development. It's why they don't design products to fit an image. They design them to fit. New Balance is driven to make the finest shoes for the same reason athletes lace them up: to achieve the very best.

4.4 out of 5 stars
4.4 out of 5
1,265 global ratings
How are ratings calculated?
To calculate the overall star rating and percentage breakdown by star, we don’t use a simple average. Instead, our system considers things like how recent a review is and if the reviewer bought the item on Amazon. It also analyzes reviews to verify trustworthiness.

N/A
3.0 out of 5 stars Slightly sleeker look, lesser quality at the same price
Reviewed in the United States on February 28, 2016
Size: 9.5 X-WideColor: BlackVerified Purchase
I was a long time wearer of the previous generation, MW928 walking shoe, which I felt was quite an extraordinary shoe. The stability and comfort was fantastic. This new generation 928 really seems like a cheaper, lower quality version -- for the same price.

There are several key changes that demonstrate the cost cutting in this shoe. First, the toe box has been significantly narrowed. My 9.5 4Es have noticeable wrinkling due to the leather being stretched and creased as I walk. This has happened after one month of use. Second, the previous version had ventilation holes on either side of the toe box. Now, there are only holes on the top. Part of the shoe by the ankle has had leather replaced with mesh. Lastly, it appears that the sole of the shoe has been slightly reduced. The result is that it looks a bit more like a normal sneaker but at the cost of stability. The shoe feels a lot more like my MW847.

Overall, not an improvement over the previous generation, but New Balance still has the nerve to price it the same.

Giri S.
1.0 out of 5 stars Waste.
Reviewed in the United States on September 21, 2016
Size: 10.5 XX-WideColor: BrownVerified Purchase
I would have given 0 stars if I could.
If you are buying this shoe because u had used the MW928 and that was awesome, (like me), then pls do not make the same mistake I did. This MW928 V2 is nothing like MW928. I used this for 3 weeks now and every day I must free my feet and remove the shoes to ease the pain.

What is it with companies these days. They can't stick to a nice model. They feel the urge to come up with something new and it becomes a failure.

Main issue is the fit, it's way different than the old. The shoe has become more narrow. I ordered the same 6E, both this shoe as well as the previous version, and I can see a marked difference in the shoes both in length and width though I got 10.5 6E both times. The new one MW928 V2 is shorter and narrower than the prior MW928

*** editing my review after a couple of months of continuous use. The shoe never got any better. Or maybe it was wishful thinking on my part that the shoe would get better with wear.
Do yourself and your wallet a favor and try other products. ***

*** Jan 13, 2018 *** Finally after about 1.5 years of use (8 months of daily use, and remaining 7 months usage being shared with a new MW928V3 that I bought) this shoe has become ok. I am very heavy so I have to say that the construction of the shoe is solid though the fit and comfort was not there. ***
Read more
21 people found this helpful
Helpful
Report abuse

Rich O
1.0 out of 5 stars New Balance has cheapened and ruined the quality of this shoe
Reviewed in the United States on April 8, 2018
Size: 11 X-WideColor: WhiteVerified Purchase
I've been buying and wearing this New Balance shoe series for many years, buying at least a new pair every year and following the latest version New Balance has offered. It has until recently been the only shoes I would consider wearing, buying the white version for work and the brown or gray version for weekend wear. New Balance has changed the toe from being a box toe to one significantly more narrow--I still have an old pair I can compare it to. Same size, same width. Something else has changed in the quality. The sole offers little cushioning--it is a hard rubber like material. That leaves the inner removable sole to do the cushioning work and for a week or two it does. Eventually the inner sole compresses and you are left with hardly any cushion at all. In the past I wouldn't think twice of paying well over $100 for these shoes but now they are a torture to wear. My loyalty to New Balance in the past was solid. I think it's time to look elsewhere.
Read more
11 people found this helpful
Helpful
Report abuse

S. Christensen
1.0 out of 5 stars Way too Narrow - Back they go, AND I'm through with New Balance shoes
Reviewed in the United States on May 20, 2016
Size: 12 XX-WideColor: BlackVerified Purchase
Why does New Balance keep messing with their sizing? I've been wearing their walking shoes for years, but no more. In that time I've had to go from 10.5 4E to an 11 4E, 11 6E, and then a 12 6E just to get the same fit. But this latest "V2" version isn't even as wide as the older 11 4Es were. Back they go - and I WON'T be buying any New Balance shoes in the future.
Read more
90 people found this helpful
Helpful
Report abuse

PawPaw
3.0 out of 5 stars Good, But the width is smaller then the MW928.
Reviewed in the United States on February 27, 2016
Size: 8.5 XX-WideColor: BlackVerified Purchase
The MW928 width was a lot better. The V2 is narrower and hurts as of no. they will after a while fit better, but I wish New Balance would redesign the MW928V2 to be a little wider. I ordered the 6E with
Read more
46 people found this helpful
Helpful
Report abuse

Curtains
2.0 out of 5 stars Please biring back the 928, version 1
Reviewed in the United States on March 15, 2017
Verified Purchase
I have worn nothing but New Balance shoes for about 20 years, but I’m afraid that may have to change.

I was hesitant to order the last pair, the 928V2, because of the reviews I read about how the shoe did not fit the same, and various other complaints, but I went and ordered them anyway because I trusted New Balance. I just made sure to order a wider size, based on the reviews, which seems to have proven wise.

I use my new shoes only occasionally, when I care about the way they look, and because I do not like the way they make my feet and legs feel. Recently however, I had to wear them for several days because I was having my older 928 pairs resoled. I do wear orthotic inserts and have done so for longer than the history above.

After wearing the 928V2 shoes for about 5 days, my left knee and lower back were quite painful and I visited my chiropractor. He was worried about my knee. However, when I got my old 928’s back and wore them for just two days, all my knee and back pain cleared up.
I don’t know what you did with V2, but they are not working for me, and I don’t know where to turn. I had assumed they were built using the same last as the old 928’s that worked so well for me.

I now will only wear them for short times, and hope to keep my last two pair of my old 928's in usable condition. Fortunately, I do have access to a good shoe repair place. When I again need new shoes, I don’t know what I will do, but I sure won’t order the V2 again.
Read more
21 people found this helpful
Helpful
Report abuse

John
1.0 out of 5 stars Cant Wear These Shoes For Long! Ouch!
Reviewed in the United States on April 15, 2016
Size: 12 X-WideColor: BlackVerified Purchase
New Balance shoe quality is becoming questionable. I have purchased many pairs of these same model shoes in the past. They have always fit perfectly. You could always expect the same exact fit. However, this model number is an updated version of this shoe. The original model number shoe is no longer available and MW928V2 is the replacement model number. They no longer fit the same (to narrow).
Read more
58 people found this helpful
Helpful
Report abuse
See all reviews