The New Dead: A Zombie Anthology and millions of other books are available for Amazon Kindle. Learn more
Share <Embed> 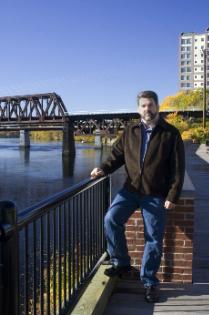 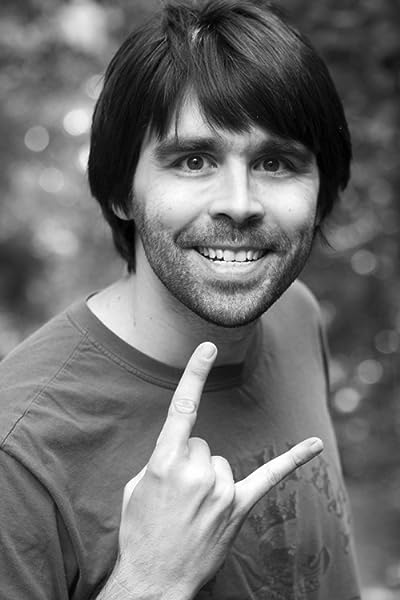 Starred Review. The 19 provocative, haunting, and genuinely unsettling original stories in this zombie anthology move the genre beyond its usual apocalyptic wastelands. David Liss's novelette What Maisie Knew is a stunning and gruesome meditation on the banality of capitalism and evil. Mike Carey's Second Wind is a haunting tale of an undead stockbroker who comes to question whether he ever truly lived. Lovers of more traditional zombie fare will also not be disappointed. Joe Hill's ingenious Twittering from the Circus of the Dead tells a classic slasher film story through Twitter posts, while Jonathan Maberry's heartbreaking Family Business describes a ruined America populated by kindly monks and zombie hunters. This powerful anthology shines a bright and unflinching light on the fears of death, decay, and loss that underpin America's longstanding obsession with the undead. (Feb.)
Copyright © Reed Business Information, a division of Reed Elsevier Inc. All rights reserved.

The best-selling popularity of Pride and Prejudice and Zombies (2009) and the hit status of the movie Zombieland show that the living-dead subgenre still has legs. Zombie anthologies are invariably of varying quality, and this new one, curated by fantasy author Golden, is no exception. The best stories in it depart from the basic formula of living versus dead so familiar to zombiephiles. Among them are Rick Hautala’s nautical horror story, “Ghost Trap,” in which a gruesome discovery at the bottom of the sea awakens a long sleeping plague; David Wellington’s “Weaponized,” in which an undercover reporter investigates a mysterious new branch of the U.S. military; and Joe R. Lansdale’s grisly “Shooting Pool,” in which a hustler’s murder transforms the lives of a gang of teenagers. Meanwhile, those anticipating the promised movie adaptation of Max Brook’s World War Z (2006) will flock to his “Closure LTD,” set in the same milieu. Not every story here’s a success (a disastrous Twitter-format experiment may be the worst), but genre fans will still find plenty to satisfy them. --Carlos Orellana

“This powerful anthology shines a bright and unflinching light on the fears of death, decay, and loss that underpin America's longstanding obsession with the undead.” ―Publishers Weekly (Starred Review)

Christopher Golden is the award-winning author of many bestselling books including Waking Nightmares, Of Saints and Shadows, Of Masques and Martyrs, and The Myth Hunters. He has also written books for teens and young adults, including Soulless and Poison Ink. His novels have been published in fourteen languages. Golden was born and raised in Massachusetts, where he continues to live with his family.

Start reading The New Dead: A Zombie Anthology on your Kindle in under a minute.

4.0 out of 5 stars
4 out of 5
68 global ratings
How are ratings calculated?
To calculate the overall star rating and percentage breakdown by star, we don’t use a simple average. Instead, our system considers things like how recent a review is and if the reviewer bought the item on Amazon. It also analyzes reviews to verify trustworthiness.

Omar Quijada
3.0 out of 5 stars Not what I expected.
Reviewed in the United States on August 28, 2020
Verified Purchase
A bit disappointed by this anthology. A few stories were a miss (a couple didn't even make much sense to me). I was hoping for the more traditional 'Romero-esque' living dead but each author contributes their own take on them and I suppose that was to be expected. The differences between them were just too jarring for me (I'm not a fan of intelligent or 'comedic' zombies). Pick this up only if you enjoy zombies in general.
Read more
Helpful
Report abuse

Joseph J. TruncaleTop Contributor: Boxing
TOP 500 REVIEWERVINE VOICE
4.0 out of 5 stars An excellent anthology of Zombie short stories by some of the best writers of this genre.
Reviewed in the United States on May 6, 2013
Verified Purchase
I have been a fan of vampire and zombie fiction for many years. In fact, I have seen every single episode of the "Walking Dead" television series. I also am an avid fan of the "Resident Evil" movie series, which I love. I had also read and reviewed a number of books in this genre such as the Zombie Haiku series and Everything you wanted to know about Zombies. Some were good, some were okay and some were terrible; however, I found this excellent anthology of short zombie tales to be a fantastic read. In truth, I enjoyed this collection of short stories better than some of the other books I have read on this topic.

There are 19 short stories in this collection. Some of the stories include the following: Lazarus by John Connolly, What Maise Knew by David Liss, Copper by Stephen R. Bissette, In the Dust by Tim Lebbon, Life Sentence by Kelly Armstrong, Delice by Holly Newstein, Closure, Limited by Max Brooks, Among Us by Aimee Bender, and Ghost Trap by Rich Hautala. There are also selections from other well-known writers of this genre.

In conclusion, if you are seeking an excellent collection of zombie short stories by some great writers you may want to check out this book. It is one of the best in the field.

Kyle
2.0 out of 5 stars A lot of really boring, arsty crap
Reviewed in the United States on September 17, 2010
Verified Purchase
Do you read Zombie books to see stories about the end of the world, zombies shambling down a city after terrified survivors, and the like? Don't read this book.

Do you read Zombie books to fulfill your need to read overly complicated, "artsy" takes on the zombie genre that often have only the most tenuous connection to actual zombies? Then by all means read this book!

Seriously though, awful, awful stuff. Even the Max Brooks entry, which I was really looking forward to, has very little to do with actual zombies, and more about various musings regarding the psychological issues a zombie uprising brings up. My Dolly and Among Us were the two worst. They both read like Zombie Fiction versions of bad teenage goth poetry, a bunch of nonsensical badly thought out ideas strung together with the author having no idea of what they're actually doing.

If you like Romero zombies, World War Z, or any kind of zombie entertainment in that vane, I'd stay far away from this book.
Read more
8 people found this helpful
Helpful
Report abuse

john colvin
4.0 out of 5 stars Good read for horror buffs
Reviewed in the United States on July 26, 2020
Verified Purchase
A great collection of undead themed horror stories. Great book to read in small bits. Some stories were subpar but a majority of these stories are worth the read.
Read more
Helpful
Report abuse

Jason A. Greeno
4.0 out of 5 stars Mostly good some great
Reviewed in the United States on August 6, 2010
Verified Purchase
With 19 stories here, you are bound to find something you love. I loved a few and liked most of them. It was never boring. Definitely recommend it if you are looking for some fresh takes on the zombie genre in small bites. Most stories are 10-20 pages long. Jonathan Maberry, Brian Keene, Tim Lebbon, David Liss and M.B. Homler hit it out of the park here.
Read more
Helpful
Report abuse

Jeffrey Swystun
3.0 out of 5 stars Uneven and Tired
Reviewed in the United States on May 26, 2010
Verified Purchase
I love the cover art but the content does not live up to the imagery. A few of the stories I had come across in previous collections like Lazarus. I enjoyed Family Business and Weaponized the most. The rest were playing fast and loose with the genre or were generally uninspired and tired. Given that zombie stories are for the most part really bad, I was generous with the three stars. As one of my English profs once said, "It passed the time but the time would have passed anyway."
Read more
5 people found this helpful
Helpful
Report abuse

Brandon Wills
5.0 out of 5 stars Great anthology
Reviewed in the United States on March 11, 2013
Verified Purchase
I liked the mix and the difference in the stories. Some of them were strange but it didn't take long for me to get into them. I consider myself to be super critical of literature, and I really enjoyed it.
Read more
Helpful
Report abuse

Sharmon Ewald
4.0 out of 5 stars good
Reviewed in the United States on September 10, 2013
Verified Purchase
this was a good story line and a fast read .. love these kind of stories keep them coming please
Read more
Helpful
Report abuse
See all reviews

A Customer
4.0 out of 5 stars Not bad
Reviewed in Canada on December 13, 2010
Verified Purchase
First off I'm not a fan of anthologies. I find most contain stories that I find boring and in the end I end up enjoying only a few contained inside.
This book wasn't like that. I can honestly say that I found almost all of the stories good and some were great. Of course it's not going to be for everyone and I will warn that there is a certain gore and ick factor that some may not be able to handle but if you are a fan of zombies then I think it's worth the read.
Read more
Report abuse