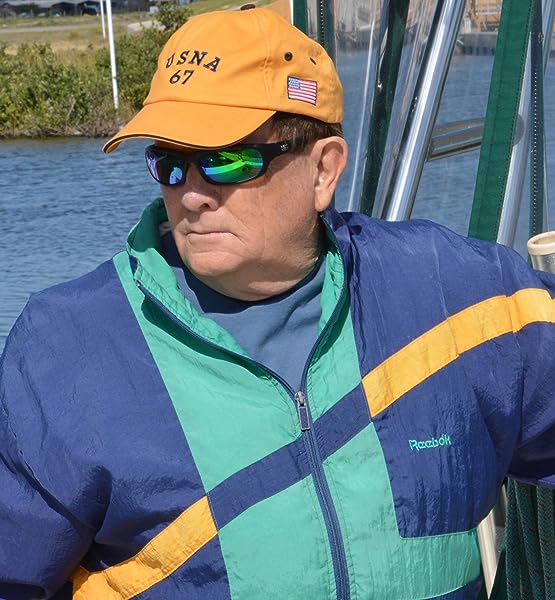 5-Stars
Reviewed By Romuald Dzemo for Readers' Favorite
New Horizons is the fourth book in the Host Saga series by Michael Farlow, a fantastic science fiction story that features a phenomenal conflict, higher levels of weaponry, and technology. Humanity is facing the most devastating threat ever: the Arkon attack is imminent! Aided by an AI companion and teacher left on Earth by the Galactic Host, Van Childs prepares for the ultimate assault from the Arkon, seeking allies and developing the Host technology that could withstand the assault. But the progress in allied shipbuilding is impaired by piracy and something more disturbing happens -- an unexpected attack engineered by the Arkon that destroys the allied fleet and Zarminia. Can the cruiser New Horizons help, and can Van Childs get the New Horizons ready before it's too late?

New Horizons is one of the best things I have read in science fiction for a while now and I was left with the impression that this author is a shipbuilder in real life. First, the reader is introduced to a phenomenal conflict, a monumental threat looming over humanity. The plot is intricately done and readers will enjoy the complexity in the relationships -- humans with humans and humans with artificial intelligence entities. The language is beautiful, crisp, and enriched by the witticism that flows through the exciting dialogues. The novel is action packed, intense, and emotionally charged, one of those books readers would enjoy on screen. The concept of the book is bold, the language confident, and the plot so cunningly done it keeps the reader's imagination gripped. You'll fall in love with the characters and you will care about them so much you want to see where they move from here. New Horizons is engrossing with the complexity of a chess game.

A graduate of the U.S. Naval Academy, Annapolis, Maryland, Mike was a career naval officer, decorated combat pilot, and served in senior positions on staff in Washington, D.C. Following his military service, he embarked on a career as an aerospace systems engineer and executive with several Fortune 500 companies. With a desire to help others develop as leaders, Mike earned his PhD in Organizational Leadership and started a leadership development consulting firm, specializing in executive coaching and development. Mike's passion for writing, developed throughout his career and in his doctoral studies, resulted in his writing a non-fiction book, Leaders Are Made Not Born. That writing and publishing experience fueled Mike's desire to try his hand at writing fiction, which he finds an even greater challenge. When he's not writing, Mike spends as much time as possible saltwater fishing with his wife, Lynne.

Start reading New Horizons: Host Saga Book 4 (The Host Saga) on your Kindle in under a minute.

JHAjr
5.0 out of 5 stars Great reading! Loved it!
Reviewed in the United States on December 12, 2018
Verified Purchase
I couldn't put this book down, especially during the space battles! I highly recommend reading Books 1-3 first (or re-reading them if it's been awhile since you read them), as doing that gave me the ability thoroughly enjoy this 4th book in the Host Saga series. The characters are fun to follow; I feel like they are almost "friends" after reading about many of them in 4 books now. The twists and turns in the plot keep it all intriguing!!
Read more
Helpful
Comment Report abuse

Janice Lenz
5.0 out of 5 stars Fast-moving and strong characters
Reviewed in the United States on March 2, 2019
I've read all four books in the series and this one is the best! Twists in plot, battles, and relationships held me hostage til I got to the end. Left me wishing for more. Makes most sense if you have recently read the other three in series, but well-done summaries of prior events in Host Saga Book 4 will keep you moving easily. Looking forward to #5, Dark Enemy!
Read more
Helpful
Comment Report abuse

Chris Rolfe
5.0 out of 5 stars Van Childs and Galactic Force are in trouble again.
Reviewed in the United States on December 3, 2018
More trouble with the Arkon!! Sabotage in shipyards. good read! The Hosts are causing trouble.
Read more
Helpful
Comment Report abuse
See all reviews