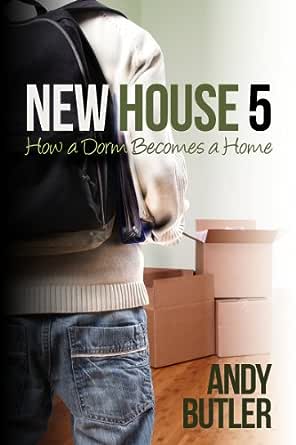 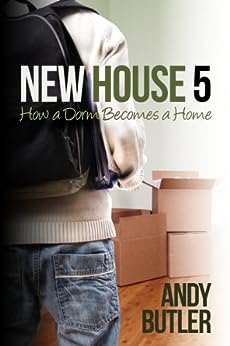 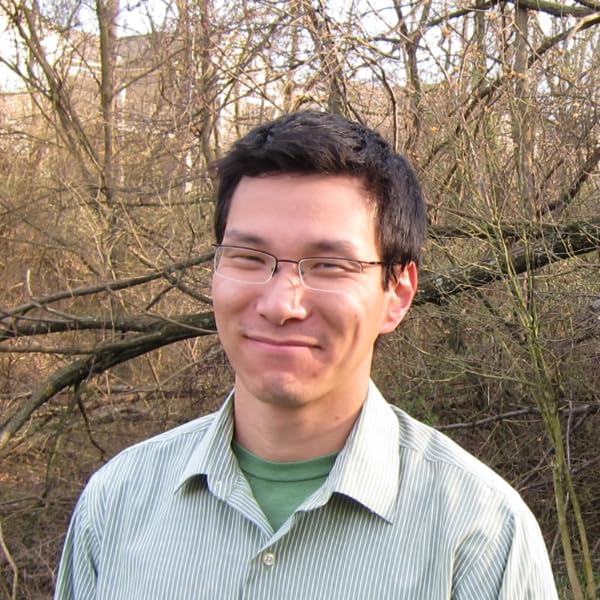 New House 5: How a dorm becomes a home Kindle Edition

4.6 out of 5 stars
4.6 out of 5
9 customer ratings
How does Amazon calculate star ratings?
Amazon calculates a product’s star ratings based on a machine learned model instead of a raw data average. The model takes into account factors including the age of a rating, whether the ratings are from verified purchasers, and factors that establish reviewer trustworthiness.
Top reviews

SeattleSteve
5.0 out of 5 stars A Must Read for Incoming Freshmen
Reviewed in the United States on July 1, 2005
Verified Purchase
I will be a new Freshman at the actual "Ashford" University next year. I heard about this book and decided that I could probably get some good tips for next year. This book gave me more than that. It is absolutely incredible and even though a lot of the stories are unusual, it really gives the reader a good sense of what a Freshman year of college is like, especially at "Ashford" University. The only thing I didn't like was knowning that there was no way Andy can be my RA next year!
Read more
One person found this helpful
Helpful
Comment Report abuse

Leeanna Chetsko
VINE VOICE
4.0 out of 5 stars New House 5: How a Dorm Becomes a Home
Reviewed in the United States on May 18, 2012
Reading "New House 5: How a Dorm Becomes a Home" made me feel rather nostalgic for college and dorm life. I spent four years living in a dorm, yet I never experienced anything like the community Andy and his residents created. Part of that was my own reluctance to get involved -- I was the typical loner, against "fake friendship", just like some of the students in this book. But I also think that communities like this don't come along every day in dorms, and that New House 5 was special.

Looking back at my college career, I can't remember the names of any of my RAs. But I will remember Andy's name. His tone was somewhat preachy at times, but I could tell he cared about each of his residents, and just wanted the best for them. The dialogue stood out to me too -- there were a lot of "dudes" and "mans," and that seemed a bit fake, but that could just be Andy's natural way of speaking.

Sometimes it was hard to keep track of all the residents. Instead of trying to tell a story about each of the fifty-six residents on his floor, Andy focused on a few, which was a smart move. I still got mixed up because some of the names were very similar, and in that, I wish he would have chosen different names for the students. A list of students and a one sentence summary for each would be a nice addition to the book, like a dramatis personae.

Overall, I really enjoyed this book. Once I got into it, I wanted to keep reading, to find out what happened to each resident. I think "New House 5" would be a great read for freshmen about to start college, who may be worried about dorm life. I know I was scared about living in a dorm, because I'd never lived with anyone other than my parents, and I didn't have many friends in high school. I didn't know if I'd get along with other people, or if I would fit in.

Some of the residents of New House 5 felt the same way. That's another great thing -- chances are anyone who reads this book will be able to identify with at least one of the students. There's a good mix of personalities, from loud and obnoxious to quiet and considerate, and everything in between. In the end, all of the residents learned that there's someone always there for them, even if they don't think they have any friends.

"New House 5" is a smooth, easy read. I felt as though I had known Andy and the other students for years, thanks to the conversational style. Andy was also unflinchingly honest about some of the mistakes he made as an RA, such as not telling someone higher up when one of his residents was a danger to herself. I liked that he didn't gloss over his mistakes but admitted to them, which helped me feel even more like I knew him.

When "New House 5" came to an end, both as a book and as a floor, I was sorry to leave everyone behind.

Disclaimer: I received a copy from the author for review. This did not influence my review in any way.

Krista Cubicleblindness
4.0 out of 5 stars Thinking about Dorm life?
Reviewed in the United States on April 11, 2012
This is the story about one Resident Assistant and his memoirs from his freshman year of college. It contains several different anecdotes about the people on his dorm floor and the encounters they have together. Stories that include drinking, stress, suicide, making friends and enemies.
All of the things that most college catalogs do not contain, the ins and outs of what it's like to live in a co-ed dorm.
As RA he is a confidant and counselor -like figure for the other students to come to with problems and concerns about pretty much anything.
This is a book I would recommend to High School students, those who are considering moving away to college or even Freshman's in college. Several anecdotes are inspirational and can help readers build some confidence in the fact that your never alone. There is always a good time to make new friends and that you can always find friends in places you never realized. And that no matter what you maybe feeling you are not alone and new experiences and people can be a very good thing.
Read more
One person found this helpful
Helpful
Comment Report abuse

Lauren Thorpe
5.0 out of 5 stars A first-hand account from one who has seen it all
Reviewed in the United States on April 13, 2006
Many parents sending their newly grown-up children away to college for the first time simply have no idea what being a freshman is really like these days. The freshmen themselves may have expectations and anxieties, but are almost as clueless as their parents are. New House 5: How a Dorm Becomes a Home gives insight for all into the true experiences of college students, and manages to be at once compelling, touching, and humorous.

The book is well-written and surprisingly easy to follow, considering the number of characters involved (more than fifty) and their complicated relationships. It is the characters themselves who make it great: their fears, their mistakes, their triumphs belong to every young adult who has lived the college life. Though the emotions and ordeals are common, the characters themselves are not generic; from the start it is clear that Butler has the greatest respect and love for them. His own personality shines through his writing, and he becomes your own personal RA and friend, calling you "dude" and "buddy" while you chill on his maroon futon. And what a story he has to tell you.

While some might criticize New House 5 for being preachy or too good to be true, the advice offered is heartfelt and the hindsight analysis helpful, especially for a reader considering taking on an RA position in the future. This is an impressive first book with the potential to reach diverse audiences.
Read more
3 people found this helpful
Helpful
Comment Report abuse
See all reviews from the United States