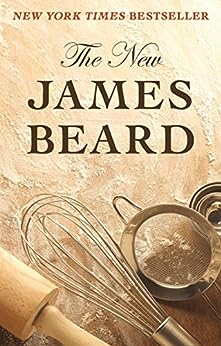 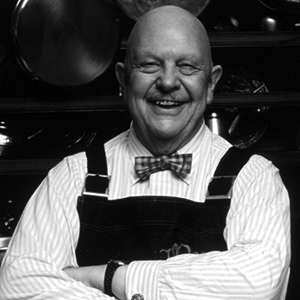 Praise for James Beard
“James A. Beard was an American treasure, and his books remain the American classics that deserve an honored place on the shelves of everyone who loves food.” —Julia Child

“[James Beard was] the dean of American cookery.” —The New York Times

“Too much of James Beard can never be enough for me.” —Gael Greene

James Beard (1903–1985) was an American cookbook author, syndicated columnist, teacher, and television personality. Designated the “dean of American cookery” by the New York Times, Beard laid the foundations for generations of amateur and professional food enthusiasts. After publishing his first cookbook in 1940, Beard went on to host the NBC cooking show I Love to Eat. In 1955 he founded the James Beard Cooking School, where he taught for many years. Over the course of his career, Beard wrote countless cookbooks, including several seminal works, and he inspired and influenced chefs throughout the world. His legacy lives on through the James Beard Foundation, established in his honor to provide scholarships and awards recognizing excellence in the culinary arts.
--This text refers to an alternate kindle_edition edition.

Deborah A. Lane Mcguire
5.0 out of 5 stars An American classic
Reviewed in the United States on July 4, 2019
Verified Purchase
This is my third copy of this excellent cookbook; I learned all the kitchen skills I needed from his companion cookbook "Theory and Practice of Good Cooking". This particular cookbook is brimful of wonderful recipes that allowed me to learn how to improve on my skills way back in the day when I was a beginner, and the recipes are so delicious that I decided that I didn't ever want to be without a copy in my collection.
Read more
2 people found this helpful
Helpful
Report abuse

Jazz Hound
2.0 out of 5 stars Hard to use
Reviewed in the United States on March 3, 2017
Verified Purchase
The recipes are good, but no index.
Read more
27 people found this helpful
Helpful
Report abuse

Boston Customer
5.0 out of 5 stars Five Stars
Reviewed in the United States on June 3, 2018
Verified Purchase
I really liked this cookbook when it first came out, and finally decided to get another copy.
Read more
One person found this helpful
Helpful
Report abuse

Caroline Derenzo
1.0 out of 5 stars Book in Bad Shape!
Reviewed in the United States on January 1, 2021
Verified Purchase
This book is in pretty bad shape . It has stains all over the sides of it & wrinkled paper inside. I didn’t know it was very used ! I’ll be buying new from now on ! I can’t give this as a gift.
Read more
One person found this helpful
Helpful
Report abuse

michael schumacker
2.0 out of 5 stars Hopelessly outdated
Reviewed in the United States on January 6, 2018
Verified Purchase
I purchased this hoping to gain some expert knowledge. Instead I got recipes that look like the brunch menu at the senior center. If you like boiled vegetables this is the book for you.
Read more
14 people found this helpful
Helpful
Report abuse
See all reviews