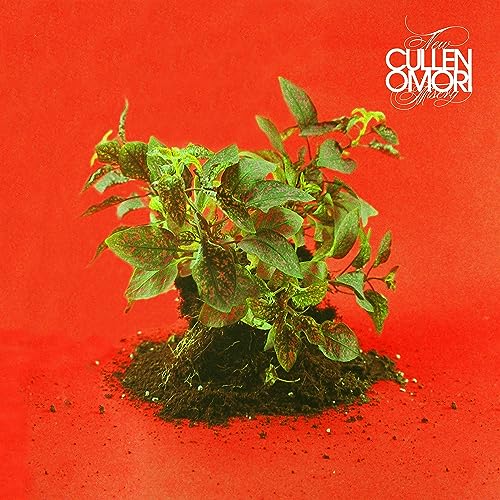 Cullen Omori
March 18, 2016
4.8 out of 5 stars 9 ratings
See all 9 formats and editions Hide other formats and editions
Buy the Vinyl album for $25.64 and get the MP3 version for FREE.&nbspCD album ships from and sold by Amazon.com. Terms and Conditions. Does not apply to gift orders. Complete your purchase of the CD album to save the MP3 version to your Music Library.

Rodrigo A. Ureña-Sánchez
5.0 out of 5 stars Listen with headphones for optimal experience
Reviewed in the United States on April 26, 2016
Verified Purchase
Cullen Omori brings us an album full of great songs and wonderful sonic textures.

The experimentation is well balanced with a strong emotional undercurrent, as Cullen is exploring life from the perspective of a young man wondering what comes next, after meeting and exceeding all past expectations for yourself.

And these songs hold up so well on their own, I even picked up my guitar and started trying to figure out my favorite tracks (Poison Dart, LOM, And The World Still Turns, Synthetic Romance, No Big Deal)

Honestly, if you enjoy singer songwriters who aren't afraid to experiment with sound, this album is for you.
Read more
Helpful
Report abuse

Lone Wolf (Top 100 Reviewer)
5.0 out of 5 stars Ah! Bowakawa, pousse pousse
Reviewed in the United States on March 18, 2016
If I had to name my favorite solo John Lennon song of all time, it would be easy... "#9 Dream". That song holds a lot of memories, and feelings about those memories, that I won't get into.

I will say this though, I bet Cullen Omori loves that song too. It's as if he looked at that song (which I think is very unique in Lennon's catalog) and wrote an entire album's worth of songs based on it's style and feeling... and in NO WAY is this a bad thing!

Take the lead single "Cinnamon" for example. The part just before the chorus, when the rug is pulled out from under the listener with this euphoric "what the hell is happening right now" moment, and just before you totally freak out, the waves of the chorus come rushing in.

I was gonna write this review without mention of the former band Cullen fronted, and I think I will stick to that idea... instead I will say that his journey since then, resonates with me a great deal.

"Surrealism is destructive, but it destroys only what it considers to be shackles limiting your vision." Dali said that... and "New Misery" is the sound of Cullen breaking out of those shackles.
Read more
3 people found this helpful
Helpful
Report abuse

Amazon Customer
5.0 out of 5 stars Five Stars
Reviewed in the United States on July 11, 2016
Once in awhile you find an album where every song is top notch, this is one of those albums.
Read more
One person found this helpful
Helpful
Report abuse
See all reviews