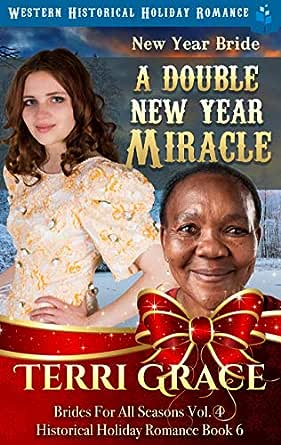 You've subscribed to Brides For All Seasons Volume 4! We will preorder your items within 24 hours of when they become available. When new books are released, we'll charge your default payment method for the lowest price available during the pre-order period.
Update your device or payment method, cancel individual pre-orders or your subscription at
Your Memberships & Subscriptions
There was an error. We were unable to process your subscription due to an error. Please refresh and try again. 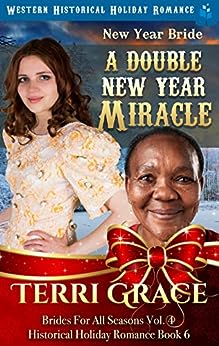 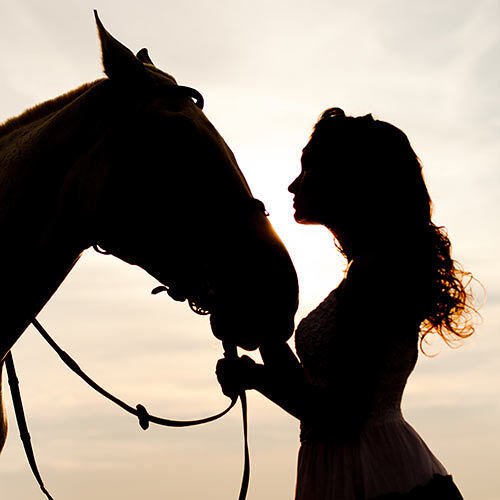 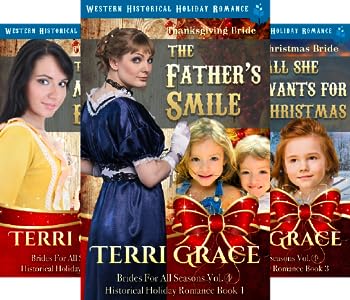 The Voracious Reader
2.0 out of 5 stars Not Well Thought-Out or Edited
Reviewed in the United States on January 1, 2020
Verified Purchase
Lois has never been just a servant, and when Hannah’s parents die, she steps in to raise the girl. Now Hannah is grown and bent on going to West to become a mail-order bride to a man she’s been corresponding with. When a telegraph arrives from her future father-in-law telling her not to come after she’d already left, Lois takes off after her to see what the problem is and set it right if she can.

This short story sounded too juvenile, saccharine at times, and unbelievable at others. It needed more editing in content, grammar, and text since it often read more like a rough draft than a finished book. It had modern vocabulary and expressions, and the characters fell flat, especially Hannah, Don, and Cade. Hannah plans to marry Don who is now paralyzed from the neck down, and there is no hesitation or thought given on either side. And Cade plans to marry Lois, even though he’s still married to a woman who ran off and left him. And this is supposed to be a Christian story?
Read more
Helpful
Comment Report abuse

Sylvia Vann
5.0 out of 5 stars A Double New Year Miracle Review
Reviewed in the United States on January 1, 2020
Verified Purchase
I truly fell in love with this storyline. I recently discovered this Author and as an African American avid reader, I truly appreciate her style of writing about Black women. I am so glad that she sees us as women capable of being beautiful, intelligent, and worthy of romance with handsome men.
Read more
Helpful
Comment Report abuse

Deanna Ramsey
5.0 out of 5 stars Mail Order Bride Romance
Reviewed in the United States on January 24, 2019
Verified Purchase
I liked this book and recommend it to others. It shares some of my favorite ideas. We are all related as humans and should marry the ones we love!!!!!! Enjoy the read, I did!!!!!
Read more
One person found this helpful
Helpful
Comment Report abuse

Karen C Riley
5.0 out of 5 stars Miracles Indeed
Reviewed in the United States on April 13, 2019
Verified Purchase
You never know what will happen when you become a mail order bride. This was a truly special story to read. Believing in the power of prayer is everything. The young couple was amazing. And then the older couple super special.
Read more
Helpful
Comment Report abuse

JE
5.0 out of 5 stars Love his stories
Reviewed in the United States on April 8, 2019
Verified Purchase
Hannah is a very determined young woman who went to Texas. Mama Lois was just as determined and went after her adopted daughter. The bi-racial marriage could have been explored a little better.
Read more
Helpful
Comment Report abuse

Ruth E. Omonijo
5.0 out of 5 stars So encouraging and timely
Reviewed in the United States on December 4, 2018
Verified Purchase
In today's climate of so much discord and hatred this is a reminder that there is still hope. Highly recommended.
Read more
One person found this helpful
Helpful
Comment Report abuse

Kindle Customer
5.0 out of 5 stars New Year Bride
Reviewed in the United States on April 7, 2019
Verified Purchase
A miracle of the new year resulted in a marriage between a paralyzed young man and his mail order bride. A blessing unfolded for the newly weds and their parents.
Read more
Helpful
Comment Report abuse

Kindle Customer
5.0 out of 5 stars Love knows no bounds!
Reviewed in the United States on April 17, 2019
Verified Purchase
This book is so full of good spirits and faith. I loved the way the author used the bible to remind us that in God all things are possible.
Read more
Helpful
Comment Report abuse
See all reviews

Janet Lesley
5.0 out of 5 stars Another sweet story by Terri Grace.
Reviewed in the United Kingdom on April 11, 2019
Verified Purchase
As usual well written short story by this author, with endearing main character, particularly 'mama Lois' who was Hannah's (main female characters) surrogate mother, who attacked life like a whirlwind when "her little girl was threatened" but she herself had been treated badly when she was younger and a slave. Fortunately both ladies found happiness at the end of their journey and a very happy ending was reached.
I would thoroughly recommend this book.
Read more
Report abuse

Rosemarie Haley
5.0 out of 5 stars Loved It
Reviewed in the United Kingdom on April 11, 2019
Verified Purchase
This is my first time reading book's by this author and it won't be the last.I really enjoyed reading this book although it was a short story it was very good.
Read more
Report abuse

D.L.R
5.0 out of 5 stars New Year Brides
Reviewed in Australia on April 8, 2019
Verified Purchase
Lois’ was born into slavery. She was taken into a home as a nanny for a baby named Hannah. Hannah’s parents were killed in an accident and Momma Lois raised her up into a fine woman. She is going off to wed Don. Only he was injured in an accident now he is a Quadriplegia. His father sends a telegram to stop her from arriving but it’s to late, she has already left.
When she arrived his father Cade tried to send her away...
No one hurts Momma Lois’s baby.