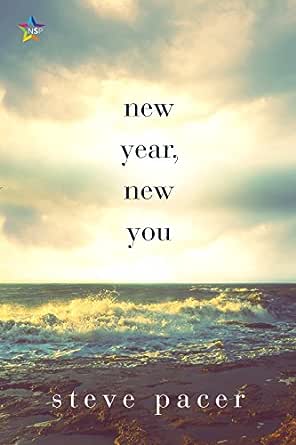 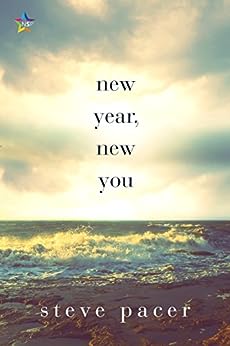 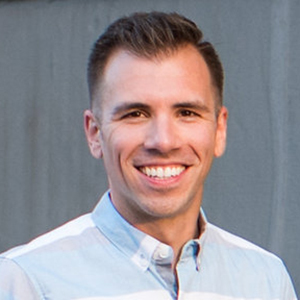 Gregory R. Josephs
5.0 out of 5 stars Ambitious, Beautiful, Tightly Knit
Reviewed in the United States on December 21, 2018
Verified Purchase
Told from three points of view across a six-month period, Steve Pacer's debut NEW YEAR, NEW YOU is ambitious. And it works! The story centers around Abe, who is driven but guarded. Add in Clare: the mother of Abe's best friend, who struggles to find her place in life against the death of her husband and her own health issues. Finally, Harris: Abe's ex, who alone guards the secrets of his relationship's demise.

When a tweet gone viral sends Harris down a path with devastating consequences, the protagonists' lives begin to intertwine in unexpected ways, knitting back together a patchwork of relationships and forging new ones. Add to the mix the return of Abe's best friend Cassie with her hunky new fiancé (who guards a secret of his own) after years living away, and the stage is set for a fast-paced can't-put-it-down plot.

Further, NEW YEAR, NEW YOU reads like a love letter to the city of Buffalo, NY. The sense of place is so rich at times, the city itself almost becomes a character in the story.

Shifting points of view from chapter to chapter, the real power of NEW YEAR, NEW YOU comes from Pacer's masterful weaving together of the story lines. It's incredible to watch the growth of the characters as they struggle between selfish desires and selfless acts, ultimately learning to forgive, forget, and thrive.

Kelly M mongillo
5.0 out of 5 stars Couldn’t put it down!
Reviewed in the United States on June 5, 2018
Verified Purchase
Generally, I am not one for a romance novel. That said, I couldn’t put this book down and devoured it in one weekend. If I didn’t know it for a fact, I would not believe that this was a debut novel – the depth of characters and genuine dialog are those of a trained writer. I laughed. I cried. By the end of the book, I felt like Abe, Harris, Cassie and Jared were friends of mine and I was sad to see them go.

This is the perfect novel to curl up with at the beach or in a hammock. If you’re from the Buffalo area, there are nods throughout to the city and its vibrant return which I really enjoyed. No matter your gender, orientation, or location, this book is great. I highly recommend it, and I can’t wait to see what Steve writes next!
Read more
Helpful
Comment Report abuse

Amazon Customer
5.0 out of 5 stars Fantastic Debut Novel!
Reviewed in the United States on July 15, 2018
Verified Purchase
A great debut novel! I thought the way the author presented the 3 difference perspectives was well done. I enjoyed how the story continued from one chapter to the next, from one point of view to the next. It was a seamless transition that gave you just enough to wrap up the last chapter and move the story along. I am not from
Buffalo, but the way the city was included in the story was relatable even if you’re not from there. I found it interesting that it was set in a town not everyone seems familiar with like a major city such as New York or D.C. I thought this was a great read and look forward to more from this author.
Read more
Helpful
Comment Report abuse

Jacy Good
5.0 out of 5 stars fun easy read that I couldn't put down!
Reviewed in the United States on July 24, 2018
Verified Purchase
Great great book with characters who kept me glued to the pages - easy 5 star review. Definitely recommend this book to all!
Read more
Helpful
Comment Report abuse

Kristen Tyx
5.0 out of 5 stars Great read!
Reviewed in the United States on June 9, 2018
Verified Purchase
Couldn’t put it down. Descriptive, realistic, and fun! I highly recommend this to anyone looking to kick back, relax and unwind.
Read more
Helpful
Comment Report abuse

Maddie G.
5.0 out of 5 stars Well-developed characters in a quick read. Very enjoyable!
Reviewed in the United States on April 24, 2018
I really liked this book. There are three narrators/main characters, and at different times I found myself favoring each one. They all felt authentic in their own ways, and the author uses each one to examine how telling the truth is one of life's tallest orders. It can be hard to root for a character when he or she is doing something amoral, but the characters are so well-developed that they are more than any one single thought or action. I really empathized with them and found myself justifying their motives. While this book has some heavy topics and is definitely a drama, I laughed out loud more than a few times. The author manages to keep it light enough so that it's an easy read, and he's a master at cliffhangers. I had to keep myself from flipping ahead because I was dying to know what happened at a few key moments. This book is categorized as gay literature so I wasn't sure what to expect, but as a straight female, I sort of forgot that's what I was reading. The characters are all experiencing feelings that I thought were easily relatable whether gay or straight, so I'd recommend it to any readers looking for some light drama that doesn't happen on a beach or involve a murder. A breath of fresh air!
Read more
Helpful
Comment Report abuse

Mike
4.0 out of 5 stars I enjoyed reading this story
Reviewed in the United States on April 29, 2018
I enjoyed reading this story. It was great seeing gay characters portrayed living regular lives. I liked getting the opportunity to see the world through the eyes of the three main characters as they dealt with situations a lot of people can find themselves in. Perhaps we find ourselves attracted to those we shouldn’t be, or we make mistakes that only grow in a world obsessed with social media, or we face the realities of our own mortality. How do you deal with it? Abe, Harris, and Clare provide a lot of insight about their battles, causing you to reflect on what to would do in their shoes. (After all, we’re only human.) It keeps you interested in finding out how it all comes together in the end. While it may sound heavy, it’s still a pretty light read, which makes it enjoyable. So why 4 stars and not 5? One of the plot lines wasn’t as interesting as the others to me, but still find it of great value and heart. (So really, it’s more like a 4.5 if allowed.) I would definitely recommend this to others.
Read more
Helpful
Comment Report abuse
See all reviews from the United States