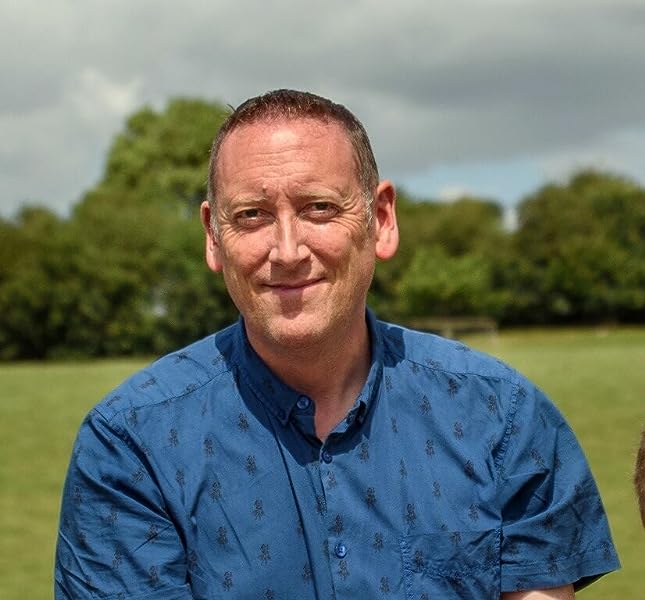 by Anthony Murphy (Author)
4.3 out of 5 stars 40 ratings
See all formats and editions
Sorry, there was a problem loading this page. Try again.

Many people who visit the ancient and magnificent Newgrange monument in the Boyne Valley are driven by some deep longing to connect with their most distant roots. The giant 5,000-year-old megalithic construction evokes awe and wonderment, and a keen sense of melancholy for the community of people who created and fashioned it from stone and earth in the remote past, a people now lost to time. For the past two centuries, archaeologists, antiquarians, writers and researchers have been probing Newgrange in the hope of revealing something about its purpose, and something about the mysterious people of the New Stone Age who created giant structures using primitive technology. What has become clear from these investigations is that Newgrange is a uniquely special place, and that its construction was carried out not by a grizzly mob of grunting barbarians, but rather by an advanced agrarian community who had developed keen skills in the sciences of astronomy, engineering and architecture. In "Newgrange: Monument to Immortality", writer and researcher Anthony Murphy goes deep into the mind and soul of his Neolithic ancestors to attempt to draw forth some answers to these questions. In a deeply moving, poetic and philosophical exploration, he looks beyond the archaeology and the astronomy to reveal a much more profound and sacred vision of the very spirit of the people who were driven to such marvellous and wondrous efforts.

Anthony Murphy is a journalist and the author of Mythical Ireland, Island of the Setting Sun: In Search of Ireland’s Ancient Astronomers and Newgrange: Monument to Immortality. He lives in Drogheda, County Louth and manages the website www.mythicalireland.com.
Tell the Publisher!
I'd like to read this book on Kindle

I'm an author and journalist living in Drogheda, Ireland. I've been writing since I was about five, and even in my early years I was banging away on my father's old typewriter. I'm interested in many things, but my books are primarily inspired by the ancient myths and monuments of the Boyne Valley, where the world-famous stone age monuments of Newgrange, Knowth and Dowth are located, only a few miles from where I live.

I write both fiction and non-fiction. Perhaps my most well-known book is 'Island of the Setting Sun', which was the result of eight years of research with the artist Richard Moore. Since then, I wrote a book about Newgrange and have more recently followed my lifelong ambition to write novels, with the publication first of my novella, Land of the Ever-Living Ones, followed by the more recent publication of my novel 'The Cry of the Sebac'. In 2017, my book Mythical Ireland: New Light on the Ancient Past was published and sold out in a year before being reprinted. My latest non-fiction work is called 'Dronehenge: The Story Behind the Remarkable Discovery at Newgrange' and is about my discovery of a 4,500-year-old giant monument in Ireland's Boyne Valley, close to where I live. My newest book is a mytho-poetic work of literary fiction called Return to Segais. It is inspired by the myths of the river Boyne here in Ireland and uses the symbols and metaphors of myth, vision and dream to weave a text of imagination around the human experience of life and landscape exemplified by the life cycle of the salmon. It was written in an unconventional manner – using the old-fashioned pen and paper.

It is probably the desire of most writers to make a living from their craft, and to become full-time authors. This is also my dream. But while dreaming, and in order to keep the kids fed and the mortgage paid, I work in the newspaper industry. I was the Design Editor at the Drogheda Independent before moving to a rival newspaper, the Drogheda Leader, as Editor. I then became Editor of the Dundalk Democrat newspaper, and currently I work as a sub editor and graphic designer at the Irish Farmers Journal and The Irish Field newspapers. It's now 25 years since I got my first job in newspapers. You could say I'm a bit obsessed with journalism. But I'm also obsessed with writing, and I write as often as possible.

I run the Mythical Ireland website, and these days a lot of my new writing can be found on its blog. I'm currently working on another non-fiction book about mythology, but I firmly believe that there's at least another dozen books in me ...

StarPass
3.0 out of 5 stars I expected more than this
Reviewed in the United States on November 10, 2018
Verified Purchase
Newgrange is a fascinating monument (officially a passage tomb altho there are no bodies), much more beautiful than Stonehenge which is better known. A walk down the claustrophobic passage to the light chamber where the winter solstice is re-enacted, is a moving experience. Older than the pyramids, not much is known of the builders, their purpose or how they achieved a miracle in stone with only stone tools and sweat. Once we get past what little is known of the builders, the rest of the book is pure speculation of a scholarly sort. No space aliens here, or architects from Crete or interestingly provoking thoughts on other civilizations which might have had a hand in the construction. The author makes a good case for a home-grown product. I gave this three stars because the photography is outstanding. I have been to Stonehenge which I found a sterile experience. Sometimes they don't even let you into the monument grounds if its too crowded (no touching the stones) which sucks. There's plenty of touching at Newgrange and the experience will stay with you.
Read more
2 people found this helpful
Helpful
Report abuse

M. L. Downs
5.0 out of 5 stars Anthony Has Done It Again
Reviewed in the United States on December 13, 2020
Verified Purchase
I follow Anthony Murphy on his FB page called Mythical Ireland and am always astounded at his knowledge and love of Ireland, its myth, its beliefs, its beauty, and its antiquity. This book is not a disappointment in those aspects of his works. And there are many. There is so much to learn!
Read more
One person found this helpful
Helpful
Report abuse

Lexi Erickson
5.0 out of 5 stars Many great photos
Reviewed in the United States on July 11, 2019
Verified Purchase
On our tour of Newgrange, so many people were crammed into the tiny interior site, that it was impossible to see anything. If you are planning a visit, do purchase this gorgeous book, for if nothing else, the outstanding photos. Yes, it’s an excellent book.
Read more
One person found this helpful
Helpful
Report abuse

John M
5.0 out of 5 stars Excellent reference for New Grange
Reviewed in the United States on August 12, 2019
Verified Purchase
The book contains a lot of good information as well as excellent pictures of New Grange, a neolithic site north of Dublin, Ireland. We are glad we bought it and it reinforces our memories of our visit there.
Read more
One person found this helpful
Helpful
Report abuse

Hugh A. Simons
1.0 out of 5 stars Turgid prose; light on facts; horribly edited
Reviewed in the United States on May 31, 2019
Verified Purchase
This book was a huge disappointment. I was expecting some thing that told the history of this remarkable place in a straightforward way; this book isn't that. The prose is horrendous--needlessly word. Plus the editing is horrific; it goes around in circles--there is basic repetition that wasn't cut out. Such a waste.
Read more
Helpful
Report abuse

Judith
5.0 out of 5 stars Bold insights. Deeper meaning.
Reviewed in the United States on February 13, 2013
Verified Purchase
I have bookshelves of writings on Ireland, on Newgrange and other megalithic sites. Yet for all those books, this is the one I've been looking for. At last. An author who dares go beyond counting and measuring stones with carefully calculated geographic locations. For most such archeological evidence is the end. For Murphy, it's just the beginning, the foundation for an exploration of deeper understanding and meaning. For twenty years I've led tours of Ireland's sacred sites and witnessed so many stand in the middle of a stone circle with questions of "so what?" So what was the purpose and intention of these amazing places? So what meaning and significance do these sites hold for our lives today? Excellent questions. And Murphy is bold enough to offer some answers. Thoughtful, insightful, and well researched, this book takes us places others have declined, places we so long to go.
Read more
12 people found this helpful
Helpful
Report abuse

Julie O'Hanley
5.0 out of 5 stars Excellent read, great photos
Reviewed in the United States on February 4, 2016
Verified Purchase
Excellent follow-up to Murphy's previous books describing the creations, structures, and works, both sacred and scientific, of the Boyne Valley. A great testament to our ancient Irish past.
Read more
3 people found this helpful
Helpful
Report abuse

Annie
5.0 out of 5 stars Magic Newgrange
Reviewed in the United States on July 16, 2016
Verified Purchase
Magical is the word that comes to mind. I have been blessed to be at Newgrange. I read this book after my experience there and Anthony's words helped me understand my experience more fully. This book truly has affected my life.
Read more
2 people found this helpful
Helpful
Report abuse
See all reviews

Edward McCann
5.0 out of 5 stars If you are Irish you should read this book!
Reviewed in the United Kingdom on March 26, 2017
Verified Purchase
Definitive book in a subject that is currently an emerging science!
Read more
One person found this helpful
Report abuse