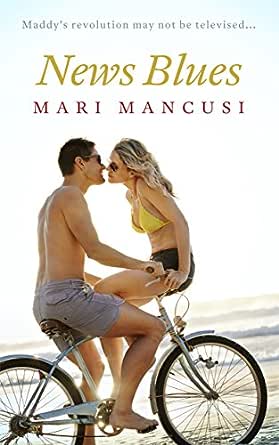 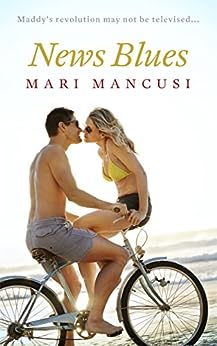 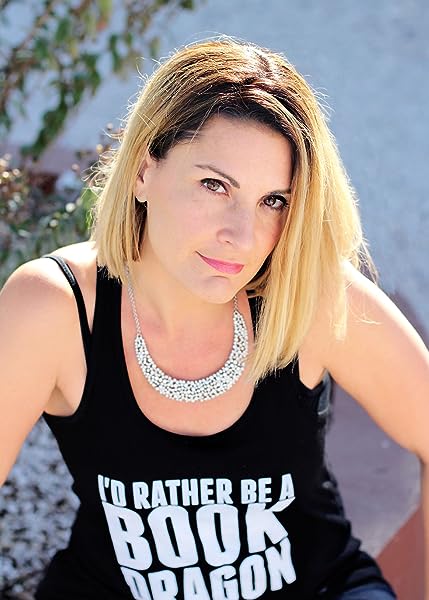 mnix
5.0 out of 5 stars News Blues
Reviewed in the United States on June 2, 2008
Verified Purchase
Maddy has simple wants in life. At 27, she wants to produce for Newsline, have a cute guy and a real designer handbag, or at least a knockoff that has a sewn-on label and not a badly glued on one . What she has is a dead-end job at News 9, where if "it bleeds it leads" if not, then it will go nowhere, no boyfriend, divorcing parents, a live-in hormonal 16-year-old sister and oh yeah a counterfeit Kate Spade bag that the label isn't even sewn on to. Did I mention no boyfriend? Heck, she can't even keep a date with a loser Czechoslovakian surfer, who loves soccer.

But, now maybe her luck is turning. She is producing her own segment; too bad it is with the narcissistic talking head at News 9. Oh yeah, her new cameraman is the hottest guy she has seen in a long time, but he turns out to be engaged. Add to this her father is having a baby with his new woman, who is younger than Maddy and you will decide that her luck is definitely not turning.

But, what happens when her knockoff handbag guy offers her the story of a lifetime? Will she figure out how to step up and take on the story? Will the one night she and Jamie connect turn into more? More important than all of that, can she help her sister who is suddenly in a whole lot more trouble than anyone though possible?

News Blues is another winner from Marianne Mancusi. This book has it all, lust, drugs and even maybe some killer make-up. Ok, so not really on the killer make-up but the rest of it is true. Ms. Mancusi does a wonderful job writing about the stressful work of being a producer, suddenly caring for a sibling as well as primadonna "talking heads" and lust. I found that the way the chapters all started with a crazy email helped to set the tone for the ongoing dialogue. Additionally, there is a super suspenseful story that happens with drugs and drug lords. As well, add to this some forbidden lust and a few too many margaritas and you get this wonderful story. I thoroughly enjoyed News Blues and think you will also.

D. Merrimon Crawford
5.0 out of 5 stars 4.5 Stars: Local News, Designer Handbags, Broken Families and Edward R. Murrow
Reviewed in the United States on February 26, 2008
Maddy Madison, 27 year old assistant news producer for News 9 in San Diego, tracks down important stories such as Cosmetics That Kill. Truth is the least important aspect of local news at News 9 in San Diego. Advertisers, making promos for prime time shows, and above all, placating the news anchors even when the editors spark friction are key ingredients to success at Maddy's job. In her heart, Maddy has big dreams, producing national news at Newsline. Instead she is promoted to investigative reporter for a special segment starring none other than aging news anchor diva Terrance Toller. Things go from bad to worse when her parents divorce, leaving her sixteen year old trouble-making sister in her care. Sexy photographer Jamie Hays walks into the news room to steal her heart and the leads to her real story only turn up Kate Spade handbag knock-offs and a night in the desert with the toe-curling Jamie (who just happens to be getting married and not to Maddie). How will Maddy ever get herself out of this comedy of errors and back to her dreams of producing news, carrying real designer handbags, true love and a real family? When family and job collide, will Maddie stand up for her dreams or cave in to the pressures of the job?

Emmy Award winning television producer Marianne Mancusi gives readers an irreverent and humorous behind the scenes look into a local new program and news as entertainment. NEWS BLUES incorporates emails, website texts, school principle letters, police reports, drug culture guides and even facsimiles of handwritten notes, giving this romance a modern slice of life atmosphere. Mancusi's light satirical look into the news culture will have readers laughing and sharing passages aloud with friends. As the novel progresses, the reader roots for Maddie's quest in the midst of the rating boosters and scary promos as she risks her job to uncover the city's shocking truth. When her story hits a little too close to home, will she have the courage to pursue her dreams? As her family disintegrates in front of her eyes, Maddie struggles with her roles as sister and daughter while her dreams of a fairy tale romance seem impossible for a career girl. Can a modern girl find a meaningful job and true love amidst all the craziness and broken dreams?

Marianne Mancusi's romance has a wonderful mix of humor and lightness, combined with a touch of sadness as Maddie's understanding of life and her dreams deepen and enlarge to include her own life. NEWS BLUES leads to several humorous surprises at the end that will have readers smiling and cheering. Sassy and modern, NEWS BLUES is light contemporary romantic comedy with an unusual tribute to Edward R. Murrow. Zany, humorously flippant and surprisingly emotionally moving amidst the chaos of modern life!
Read more
One person found this helpful
Helpful
Report abuse

Helen Hancox
4.0 out of 5 stars Stay tuned to Maddy's antics
Reviewed in the United States on May 14, 2008
Maddy Madison works as a TV producer in a dead-end job in a San Diego news organisation who care more for their advertisers' wants and needs than journalistic integrity. Maddy's life isn't quite what she wants - she dreams of a job on Newsline, a gorgeous man, real rather than fake designer handbags and more. When the gorgeous Jamie Hayes comes to work with her as her photographer she thinks she might be in with a chance for one of her three dreams - until she discovers he's getting married in three months' time.

Maddy's world goes downhill with her parents splitting up, her sister turning into a troublemaker, a dangerous piece of investigative reporting on a drug running organisation and the continual distraction of the dishy Jamie. But beneath all the problems is there a possible chance to reach some of her dreams, to produce a piece of work that truly shows her skills and to stand up for those in need.

Although in some respects the subject matter of this book was occasionally gloomy it was overall a very uplifting read. Maddy and the other characters were not in any way original, generally conforming to the stereotypes one would expect in this kind of chick-lit (obsession with handbags, etc) but they were all charming and fun. The plot had its big doses of unreality in many places, particularly the investigation into the drug dealing organisation, but, again, that's not unexpected in this sort of book.

All in all it was an enjoyable read. The author's writing style was punchy and good, the plot moved along at a cracking pace and the dialogue was good. It would make an ideal holiday read and it had a few serious points to make about people choosing not to sell out for money and position but holding tight to their principles.