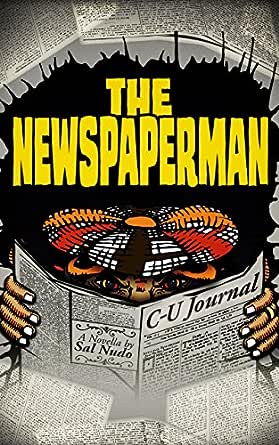 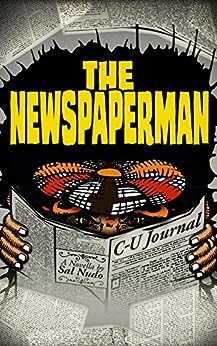 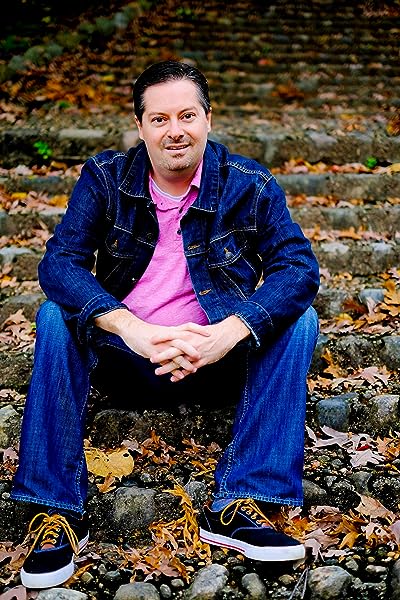 Recipient of October 2018 Literary Titan Book Award (5 Gold Stars)
Named a 2018 Book Excellence Award Finalist by Literacy Excellence Incorporated
I am, with a ridiculous and overzealous amount of enthusiasm, giving 'The Newspaperman' by Sal Nudo five out of five stars. There is truly nothing else being written right now that blends genres and makes reading about the current state of affairs in our world interesting while driving home the importance of protecting our journalists and the part they play in keeping us all safe and informed like 'The Newspaperman.' I recommend this outstanding piece by Sal Nudo to fans of all genres-it's simply a must-read."
- Literary Titan  ★★★★★
"I'd definitely recommend it to anyone who likes a blend of thriller with a bit of humor, or anyone who has experience with just how ridiculous fake news can be."
- Online Book Club (3 stars out of 4)

"Outstanding! Sal Nudo has written a timely, provocative, and, at times, frightening look into the world of fake news and big media. Seth Kesler is a winning protagonist who narrates with a wry sense of urgency. The writing is tight, and there are plenty of twists. We will be hearing more from this talented author. Highly recommended."
- Sheldon Siegel, New York Times best selling author of Special Circumstances
"This quick, readable novella's enthusiastic advocacy of good journalism feels very relevant in today's era of 'fake news.'"
- Kirkus
"It ends with a bang loud enough to make you want to read a nice fluff story about kittens as a palate cleanser."
- Smile Politely

With The Newspaperman, I wanted to write a novella that author Bentley Little would be proud of. Maybe one day he'll read it and let me know if it's worthy.

The book does, after all, have some Little-esque things about it: the evil, bizarre characters and their strange actions and way of talking; the temporary suspension of a belief in reality; shocking moments of horror that you almost have to laugh at. Looking back, I'm not entirely sure what I was thinking when I wrote this book. All I know is that it started off with an image of a bedraggled guy and an unlikely scene.

The image was Cedrick, a.k.a. The Newspaperman; the scene was Cedrick selling newspapers on a downtown Champaign street corner. Selling the dang things for a measly dime at a time, and doing so in his 1930s-style get-up while hollering "Extra, extra, read all about it!" How could that be in this day and age of cellphones and online stories? I wasn't sure, but I liked the feel of the whole thing. So I went with it.

This book does have a message amid the absurdity, and many who have read it have commented on the sincerity of the main character, Seth Kesler, and his quest to give his town honest journalism in the face of corruption. I may have been pushing a bit too hard when I had Seth say to his wife, toward the end of the book,"I'm telling you, Meghan, if everyone read a quality newspaper from front to back, every single day, we'd live in a much better, more informed country," but that's where my head was at the time. And for the record, I still do believe in the power of a good newspaper.

Several months prior to writing this novella, I'd earned a master's degree in journalism. Writing a from-the-heart book was a new and exciting project after the slog of four years of school. I wanted to share with the world some of what I'd learned in the classroom, but in a fun, scary way. I wrote The Newspaperman rather quickly in December of 2016, not long after Donald Trump became president, and then spent the next year editing it with the assistance of a good editor. The result, I believe, is a sharp and concise book that says a lot within its pages and manages to entertain.

I should mention the "Five Years Later" ending of the book, which many have told me left them shocked and mad. I don't blame people for saying that. My inspiration for the abrupt, jaw-dropping conclusion of The Newspaperman was inspired by the late great horror author Richard Laymon, whose ending in the disturbing novel The Cellar left me, a mere freshman in high school when I read it, stunned for days. Laymon went on to write a few sequels to his horror classic, so maybe someday I'll write The Newspaperman II. In retrospect, it's not fair to leave people hanging from thirty thousand feet in the air.

Sal Nudo is the author of four books and has written numerous articles for various publications.

He was the third-place recipient in 2015 of the Marian and Barney Brody Creative Feature Article Writing Award in Journalism from the College of Media at the University of Illinois at Urbana-Champaign. He earned a master's degree in journalism in 2016 from the same college.

His novella, The Newspaperman, was selected as a Book Excellence Award Finalist by Literacy Excellence Incorporated and received the October 2018 Literary Titan Book Award (5 Gold Stars).