Next Exit, Use Caution (The Exit Series Book 5) and millions of other books are available for Amazon Kindle. Learn more
Share <Embed>
Have one to sell?
Sell on Amazon 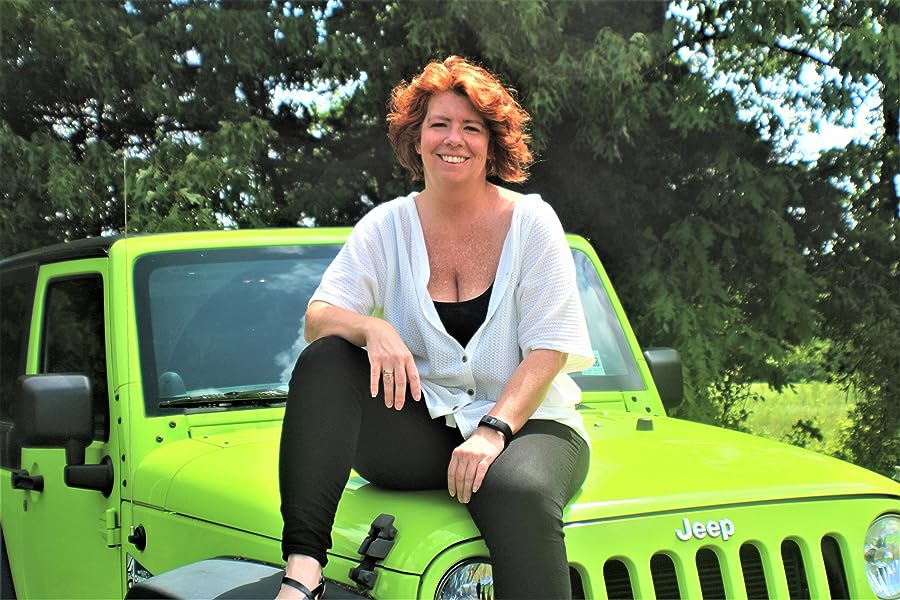 Start reading Next Exit, Use Caution (The Exit Series Book 5) on your Kindle in under a minute.

D A Bale
5.0 out of 5 stars The Hunter Becomes the Hunted
Reviewed in the United States on March 28, 2019
Verified Purchase
The hunter becomes the hunted in this latest installment of the Exit Series - and it's my favorite thus far.

Use Caution picks up shortly after the events from the explosive end of the previous book and doesn't let up. Someone is targeting those closest to our master assassin, and they have all the hallmarks of a well-trained killer. So well that Alina - code name Viper - and Hawk suspect there is more to the assassin who has them in his sights. The only question is who sent him. And why.

As if Alina doesn't have enough to deal with. Home in New Jersey after a disastrous overseas jaunt, Alina is called upon to help with every detail of planning the funeral of her former fiance. Good thing too, because it's there that the web surrounding his death begins to unravel, exposing more than the killer on her tail.

It exposes the past.

Before he takes out yet another of her loved ones, Viper must set aside everything and everyone to confront the truth of who is trying to destroy her life just when she's finding it again.

And in the process uncover the traitorous mole buried deep within the United States government.

As I said, Use Caution is my favorite of the series thus far. The POV scene shifts and overabundance of "ly" words from previous books are absent here. There's a nice balance of action and emotion, pitting the humanity of Alina against the cold, calculating alter-ego of Viper - and it works extremely well. The plot moves along at a good pace and never feels bogged down, even though we're dealing with a lot of Alina's personal issues in discovering and confronting things from the past. There are even a few laugh-out-loud moments, particularly within a touching scene during the funeral.

And that opener! My heart was in my throat and kept me up reading late into the night.

But you'll have to read it to find out what that shocker is.

A rare five star from me for this fifth outing in the Exit Series. I received a complimentary copy of this book for review purposes and was not compensated in any way for my review. Matter of fact, I bought it to add to my permanent library collection.

Amazon Customer
4.0 out of 5 stars Excellent Series - save annoying "sidekick" characters
Reviewed in the United States on June 19, 2020
Verified Purchase
Fun series with a kick-heinie female protagonist. She and her colleague/boyfriend are skilled, interesting and deadly. Plus a solid, long running plot thru the books as they search for a traitor. What makes these books only 4 stars are the protagonists' annoying, irritating and far to often, incompetent friends. Said friends are all Federal LEO's. Yet they forget important info, do not share important info, lose critical evidence, see coincidence in what every reader knows is consistent enemy action.

First idiot among all idiots is childhood friend Stephanie-FBI. Oh how I wish she was killed off in book one. She is guilty of all the above, and more. Often multiple times. She is described in every book as a "skilled investigator". NOT ! Her only successes are fed to her by the protagonist. Sometimes her acts are so empty headed I have stopped reading to do something less irritating. I'll finish the series. Unlikely to read any of the author's other offerings.

If you are one of those people that hollers at the movie screen saying "STOP-SHOOT HIM-NO ONE WOULD DO THAT", then you will be oft annoyed as you read this series.
Read more
Helpful
Report abuse

ca christianson
3.0 out of 5 stars Mainland Singapore Downtown
Reviewed in the United States on April 26, 2019
Verified Purchase
So far, I'm on page 47, there seems to be a lack of knowledge of Singapore. There is no mainland it is one large island, with several much smaller islands. The largest island has the downtown. So where is Downtown Singapore Mainland?
I enjoy reading the plots but am getting extremely tired of "eyebrows soared" and "lips twitched".
Read more
Helpful
Report abuse

Shannon Terry
5.0 out of 5 stars Mystery and suspense
Reviewed in the United States on February 26, 2019
Verified Purchase
Already looking forward to the next book!!! CW Browning is my new favorite author. I love how she eases right into the next book, just as if it's another chapter. You get hooked on the first page and it just gets better and better. I want to read thru it so fast, so I can see what happens and have to remind myself to slow down and enjoy the adventure. These books just get better and better!!!
Read more
Helpful
Report abuse

Lynnie's
5.0 out of 5 stars Lynnie
Reviewed in the United States on December 27, 2020
Verified Purchase
Another fantastic book! Another I couldn’t put down. Fast action, surprises around the corner. Humor, laughed so hard at times.

Enjoying this series very much. Thanks again for another great one. 👍😁
Read more
Helpful
Report abuse

J. Goodman
5.0 out of 5 stars Excellent!
Reviewed in the United States on January 19, 2020
Verified Purchase
I've read all the books in this series and I'm never disappointed. I recommend this to anyone who enjoys a writer who is excellent at what they do and very talented! I look forward to the last book in the series, however, I will be sorry for it to end.
Read more
Helpful
Report abuse

Amazon Customer
5.0 out of 5 stars A good read.
Reviewed in the United States on August 15, 2020
Verified Purchase
I enjoyed the storyline and that the book was basically a clean book. I am so tired of all the filler and the foul language that is in most books now.
Read more
Helpful
Report abuse

Shirley J. Miller
4.0 out of 5 stars Love it
Reviewed in the United States on October 26, 2019
Verified Purchase
Love her writing and how she keeps the mystery and intrigue going. Wish I could write in such an inspiring way. Will buy the whole series.
Read more
Helpful
Report abuse
See all reviews

Eviljoker66
5.0 out of 5 stars Cannot wait for next book
Reviewed in the United Kingdom on May 9, 2019
Verified Purchase
Love the characters and the prose. As I said in my title for the review, I cannot wait for the next book.
Read more
Report abuse

BA Muir
4.0 out of 5 stars Fast Paced Read
Reviewed in Canada on October 18, 2020
Verified Purchase
Book number 5 in a series of seven which you must read in order. Once you’ve read the first you’ll be hooked and must read all 7 to finally get the ending to the story. Very entertaining reading.
Read more
Report abuse

yg
5.0 out of 5 stars Five stars - great read
Reviewed in Australia on March 15, 2019
Verified Purchase
Book 5 The Exit Series was a great read as are all the other books.
Looking forward to book6. Does anyone know when it is coming out ?
Read more
Report abuse
See all reviews