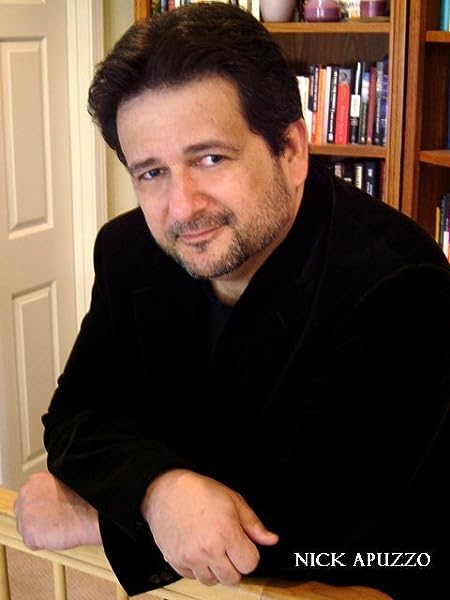 Nick's timeless storytelling brings the human condition sharply into focus and has influenced world leaders and the common man alike. While none of that is true, there is still something valuable and life-affirming to be gleaned from the pages of his work. Again, completely false.

Nick is currently working on his fifth novel (not titled yet) about a chance encounter that happens against the backdrop of serving as a member of the jury during a murder trial.

You can discover his work at nickapuzzo.com

Nick can be contacted at nick.apuzzo@gmail.com 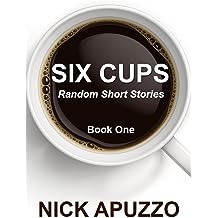 SIX CUPS Random Short Stories Book One Dec 18, 2013
by Nick Apuzzo
( 2 )
$0.99
These six timeless stories bring the human condition sharply into focus and have influenced world leaders and the common man alike. While none of that is true, there is still something valuable and life-affirming to be gleaned within its pages. Again, completely false. The one unshakable truth that can be said about this collection of short stories is that it was nominated by the American Bookseller Fellowship for the coveted 'Landis Award for Short Fiction' in 2014. And if you've been paying attention, there is no American Bookseller Fellowship and even if they did exist they wouldn't bestow their coveted 'Landis Award for Short Fiction' upon this book...if there indeed was a 'Landis Award for Short Fiction'...which of course, there is not. So there you have it, all you need to know about SIX CUPS Random Short Stories: Book One. Enjoy!
Read more 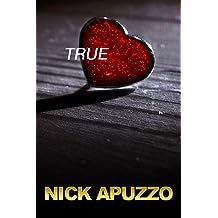 TRUE Aug 29, 2015
by Nick Apuzzo
( 8 )
$5.99
Kindhearted Enzo Voltolini has never found his soul mate. Now in his forties, this chef-owner of restaurant La Mia Famiglia is resigned to the idea that he'll never meet that special magical woman and have a family of his own. On a clear November morning he crosses paths with an enigmatic stranger and is struck by 'the thunderbolt', an attraction as inexplicable as it is overwhelming. In the weeks that follow, Enzo discovers that tasting the unknown and risking it all can be a sweet and dangerous journey.

TRUE is a story of aloneness and family, of struggle and the triumph of love in everyday life. It could very well be the story of any of us.
Read more
Other Formats: Paperback 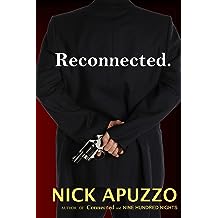 Reconnected Mar 2, 2012
by Nick Apuzzo
( 14 )
$5.99
In this stunning sequel to his first novel "Connected.", Nick Apuzzo draws us back into 'the life' of organized crime among New York's five families. Two years have transpired and there are dark clouds on the horizon...the assassination of a key member of the family ignites a vicious struggle for power. Eddie Ferrara, now living in California, returns for the funeral of a long time family member and finds himself at the center of the conflict. In "Reconnected", more of the family's history and its members are revealed as Eddie reunites with his former crew and moves within the upper echelons of the organization. Facing the winds of the gathering storm, Eddie is back in New York City and...'Reconnected.'
Read more
Other Formats: Paperback 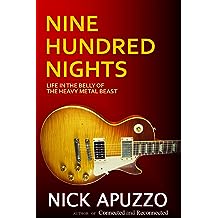 Nine Hundred Nights Aug 22, 2011
by Nick Apuzzo
( 33 )
$5.99
It was a time of titanic heavy metal gods, and for the members of the bar band Raw Deal, it was their love of the music led them into the clubs and eventually onto the stage. The bonds that were formed as they lived with their days and nights reversed were never broken and left a lasting mark on all who were part of it. Gradually the band’s cover songs gave way to original material and an offer from a record company, but as often happens, reality intervened.

In his second novel, Nick Apuzzo pulls us into the lives of a heavy metal cover band. From uncertain beginnings spent auditioning for that elusive ’chemistry’, to the weekend chaos and mayhem of crowded New York and New Jersey nightclubs, Nick takes us on a wild and often hilarious ride that was the live music scene in the early 1980’s.
Read more
Other Formats: Paperback 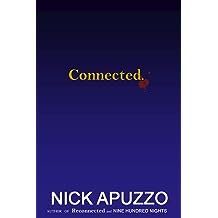 Connected. Sep 6, 2010
by Nick Apuzzo
( 27 )
$5.99
Raised in the Bronx, Eddie Ferrara has his first encounter with organized crime as a teenager and it eventually leads to the death of one of his closest friends. The events that follow rapidly lead him into 'the life'. Eddie's story spans twenty years and takes us from a mob 'social club' to a Silicon Valley startup, from the Brooklyn waterfront piers to a bordello in the Bronx, and from Lincoln Center to the neighborhood coffee shops and restaurants of New York City. Lately Eddie has entertained the notion of marriage and of leaving 'the life', only to realize he is a victim of his own success. Although he is not a fully made member of the family, odds are his leaving would be handled as if he were, that is he'd be 'retired' with two bullets to the back of his head. Eddie uses guile and intelligence to outclass his rivals, but will he risk everything in an attempt to get out alive, or is he destined to remain...connected.
Read more
Other Formats: Paperback