Nick Lavitz fits writing speculative fiction into the gaps left after work, family and travel. He enjoys living in his imagination perhaps a little too much. He starting putting his imagination to paper in 2001. Those words started finding their way into the world in 2018.

Help us improve our Author Pages by updating your bibliography and submitting a new or current image and biography.
Learn more at Author Central
1 11 1
Previous page
Next page
Titles By Nick Lavitz
All Formats Kindle Edition Sort by:Popularity 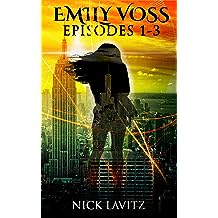 Emily Voss Box Set: Episodes 1-3: 'Past Mistakes', 'Your Enemies Closer' and 'In Unlikely Places' Dec 18, 2020
by Nick Lavitz
( 12 )
$0.99
Emily Voss scrapes a living performing exorcisms in New York city. Despite occasional encounters with actual demons, most of her work is little more than fakery. She takes the money anyway and drowns her guilt in a glass of whisky at the end of the day.

When she's hired to investigate strange events in a hotel, she quickly realizes she's going to need more than a couple of pounds of salt and a few latin phrases to survive the job. Far from being unique, this new threat appears to be the first of many, making Emily's life more even more complicated and dangerous than before.

A pattern gradually emerges. Possessions in New York are becoming more frequent and less random. Demons that were content to opportunistically possess a victim are acting together, and with purpose, but to what end?

Haunted by the mistakes of her past, Emily must find ways to overcome an enemy that has every advantage, whose objectives are obscure, and who is much closer to her than she knows.
Read more 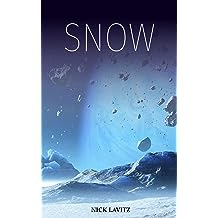 Snow Dec 13, 2018
by Nick Lavitz
( 1 )
$1.99
Corporations provide dysfunctional geniuses capable of calculating faster-than-light trajectories that enable human colonization of distant stars, but at what cost are the Navigators trained? As the Ortholan's crew fight for survival after crashing in a distant moon, they must also manage their Navigator's increasingly erratic behavior. All the while, the air grows stale and their ship lies crippled beneath the icy surface.
Read more 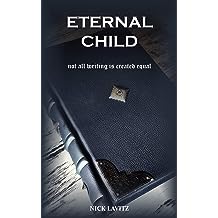 Eternal Child Dec 10, 2018
by Nick Lavitz
$0.99
Suzie has long treasured the book her mother offered her as a child. It always seems to have something more to offer her. It never runs out of stories, and she never wonders why.

As her behavior becomes ever more influenced by what she reads within its pages, it becomes unclear whether the knowledge, experience and wisdom she gains from it are worth the eventual price.

A reimagining of the story of the Jinn, and the cost to those who bind themselves to it.
Read more 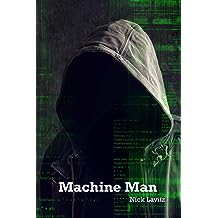 Machine Man Jul 10, 2018
by Nick Lavitz
$0.99
How do you reclaim your humanity when it has been taken from you? Perhaps only when someone finds it and gives it back.
Read more 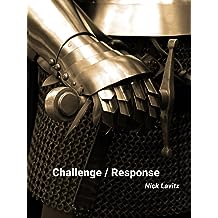 Challenge / Response Jun 13, 2018
by Nick Lavitz
$0.99
An old friend's anger puts a young captain in the Royal Guard in an impossible position, forcing her to make a terrible choice.
Read more 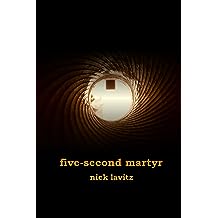 Five-Second Martyr Jun 11, 2018
by Nick Lavitz
( 1 )
$0.99
How long does it take to decide what you stand for? How many seconds before you have to make the only choice that will ever define you - the only decision that will ever matter?
Read more