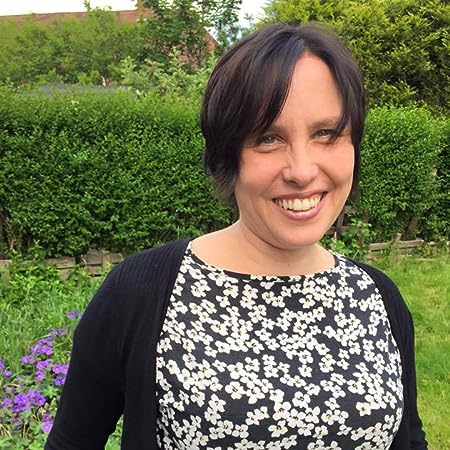 Nicola Monaghan was born in Nottingham in 1971, and grew up there on a number of different council estates. She studied Mathematics at the University of York, and went on to work as a teacher, and then in finance. She has lived in London, Paris and Chicago, but moved back to her home town in 2002 to study Creative Writing at Nottingham Trent. She has since written several novels and novellas, as well as scripts for short films. Her first book, The Killing Jar, won a Betty Trask Award, the Authors’ Club Best First Novel Prize, the Waverton Good Read, and was selected for the New Blood Panel at Harrogate in 2007. She was the first fellow of the National Academy of Writing, based at Birmingham City University, and now teaches creative writing at De Montfort University. More recently, she studied crime writing at the University of East Anglia, where she wrote Dead Flowers, which was shortlisted for the UEA/Little Brown Prize. She lives in Nottingham with her husband, son, two dogs and – the real boss of the household – a cat called Dream Tiger. 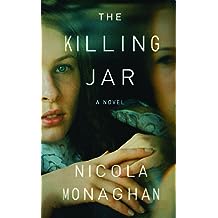 The Killing Jar: A Novel Apr 3, 2007
by Nicola Monaghan
( 35 )
$14.99
In her stunning debut, Nicola Monaghan lays bare the gritty underbelly of life in Nottingham, England.

Very early on, Kerrie-Ann begins to dream of the world beyond the rough council estate where she lives. Her father is nowhere to be found, her mother is a junkie, and she is left to care for her little brother. Clever, brave, and frighteningly independent, Kerrie-Ann has an unbreakable will to survive. She befriends her eccentric, elderly neighbor, who teaches her about butterflies, the Amazon, and life outside of her tough neighborhood. But even as Kerrie-Ann dreams of a better life she becomes further entangled in the cycles of violence and drugs that rule the estate. 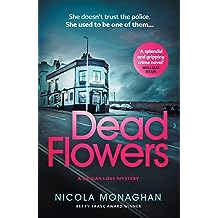 She doesn’t trust the police. She used to be one of them.

Hardened by ten years on the murder squad, DNA analyst Doctor Sian Love has seen it all. So when she finds human remains in the basement of her new home, she knows the drill.

Except this time it’s different. This time, it’s personal...

A page-turning cold case investigation, Dead Flowers is an intriguing, multi-layered story perfect for fans of Kate Atkinson’s Case Histories and British crime dramas like Line of Duty and Unforgotten. 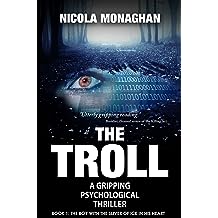 The Troll: Book 1: The boy with the sliver of ice in his heart Jul 17, 2015
by Nicola Monaghan
( 2 )
$2.99
Three friends. A dark secret from their past. An internet troll threatening to tell the world.

Welcome to THE TROLL; the gripping, page turning psychological thriller series from the prize winning author of The Killing Jar. Perfect for fans of Gone Girl and CL Taylor's The Lie.

Louisa is an academic at the local University, Kelly is a radio presenter and Adam is a provocative modern artist. They've been friends forever and to outsiders, their lives look like the very definition of perfection. But they have secrets and a past they'd rather leave behind.

When SickMan appears in their social media feeds, it's easy to dismiss him at first as a jealous internet troll. But it turns out SickMan knows them. He knows what they did that summer.

Can it really be Gary Bukowski, their old friend, back from the 'dead', the way it appears to be? Or is the truth even stranger than it first appears? 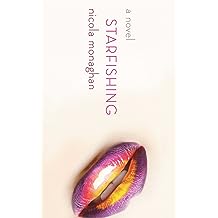 Starfishing: A Novel May 17, 2010
by Nicola Monaghan
( 6 )
$12.99
LONDON, LATE 1990s. Frankie Cavanagh has just started working as a trader and is determined to beat the men she works with at their own game. The dizzying surge of adrenaline that comes with the chaos, the speed, the rush of the day, is only amplified when she begins an affair with her charismatic American boss. Powered by clubs, cocktails, and cocaine, their thrill-seeking relationship quickly spirals out of control, bringing Frankie to a point of reckoning.

This electrifying novel from the “awe-inspiring” (Birmingham Post, UK), award-winning author of The Killing Jar lays bare the landscape of London’s trading room floor—its fierce customs, furious pace, and insatiable greed. Nicola Monaghan depicts the high-stakes reality of the burgeoning global economy in the 1990s and reinvents the classic tale of ambition and power with a gritty, fearless heroine. Crackling with energy and intensity, Monaghan’s powerful and seductive prose plunges readers into a whirlpool of hubris and betrayal, capturing the fragile nature of morality and confirming her reputation as an exhilarating young talent.
Read more
Other Formats: Hardcover , Paperback 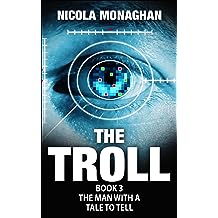 The terrifying climax of THE TROLL; a creepy, page turning psychological thriller from the prize winning author of The Killing Jar. Perfect for fans of Gone Girl and The Girl on the Train

Radio presenter Kelly is beyond worried when her friend Louisa, a college lecturer, goes missing. She's convinced her friend's disappearance is all to do with an internet troll called SickMan who's been targeting them for months. The same guy poisoned their artist friend Adam and broke into Kelly's apartment to leave a nasty surprise for her on the bed.

At first they thought SickMan was an old friend, Gary Bukowski, back from the 'dead', but Kelly's not so sure anymore. It could be Gary but it could be Louisa's jealous husband, Jack. It could be the new man in Kelly's life, Paul, who seems too good to be true. She even has crazy moments of wondering if her own alter ego is to blame, like the guy out of Fight Club. No one is above suspicion, not even herself.

Sometimes the truth is even stranger than it appears.

The rest is tears> 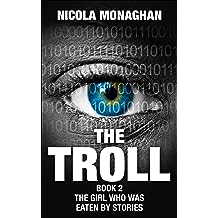 The Troll: Book 2, The girl who was eaten by stories Aug 27, 2015
by Nicola Monaghan
$2.99
Three friends. A dark secret from their past. An internet troll threatening to tell the world.

Welcome to THE TROLL; the creepy, page turning psychological thriller series from the prize winning author of The Killing Jar. Perfect for fans of Gone Girl and The Girl on the Train.

College lecturer Louisa, her friends Adam, an artist, and Kelly, a local radio presenter, have been targeted by an internet troll. SickMan knows everything about them. He knows that Adam's still in love with Louisa, even though she's married to his brother. He knows about Kelly's weakness for a #5fingerbargain. And he knows what they did that summer back in 1991. He's going to tell the world.

It's one thing SickMan making threats from the other side of the screen, but when he appears in real life, sending gifts, watching them from across the street, paying for their drinks and leaving notes behind, it's a whole different story. They'd go the police, if they didn't have their own secrets to protect. They'd go and sort him out, if they were certain who SickMan was.

Can it really be Gary Bukowski, their old friend, back from the 'dead', the way it appears to be? Or is the truth even stranger than it first appears? 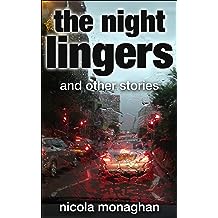 The Night Lingers and other stories Apr 25, 2015
by Nicola Monaghan
( 3 )
$0.99
A new collection of short stories from British talent and prize winning writer Nicola Monaghan.

A singer waits for her big chance on a TV talent show, but will she go on? A teenager has a crisis while babysitting for her little sister. A call centre operative has a busy day, is accused of being Sanjay from India, and risks her job to go off her official script. These tales of modern urban life are all set in the city of Nottingham, in the United Kingdom. Nicola Monaghan is the award winning author of The Killing Jar, Starfishing and The Okinawa Dragon. She's been published in many different countries, and also writes scripts for films.
Read more 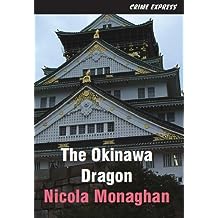 The Okinawa Dragon Dec 15, 2011
by Nicola Monaghan
( 1 )
$1.99
Jack deals in cardboard, selling expensive and rare gaming cards to rich collectors. He makes plenty of money, travelling the world. He meets millionaire Henri, the man who has everything. Well, almost everything. Henri wants the elusive Okinawa Dragon, a one-off card given to a Japanese businessman who refuses to sell. A plan is hatched, and Jack is soon on his way to Osaka to complete Henri’s collection. There is only one way to get hold of something somebody doesn’t want to give.

The Okinawa Dragon is the fourth in the Crime Express series.

Nicola Monaghan is the author of The Killing Jar, (Chatto and Windus), March 06 – paperback March 07 – US edition April 07. The Killing Jar won a Betty Trask Award and The Authors’ Club Best First Novel Prize. Her second novel is Starfishing (Chatto and Windus), due March 2008. She lives in Nottingham and is a Fellow of the National Academy of Writing at UCE in Birmingham.

Praise for The Killing Jar: “A startling and potent debut novel. Powerful and complex.” — the Independent
Read more
Other Formats: Paperback