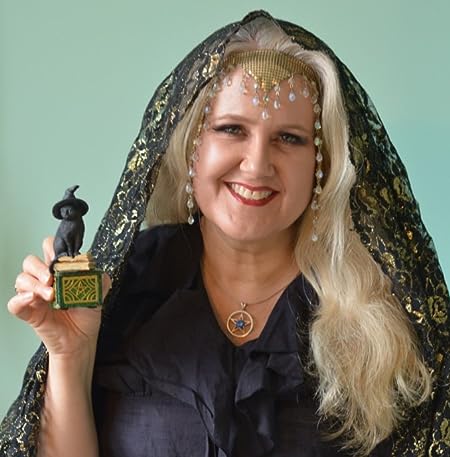 Nicole Chardenet, author of several humorous fantasy novels and one fairly dark one with humorous elements lives in Toronto in her Artist's Hovel & Den of Iniquity in the Sky. She used to have an evil henchkitty, but he passed on to the Great Cat Tower and so she makes do with petting the neighbourhood doggos. 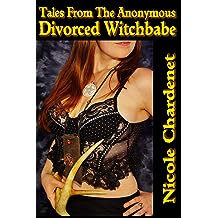 Tales From The Anonymous Divorced Witchbabe Feb 1, 2019
by Nicole Chardenet
$4.99

Divorced, aging Samantha Littleheart is a modern but skeptical Pagan who believes in the power of witchcraft, but without all the Hollywood special effects. She has little patience with anti-Christian bigotry and inaccurate Goddess 'herstory'. She's also tired of boring, emotionally avoidant men, and dudes with just one item on their six-inch agenda. And could life in her sleepy little ass-backwards Connecticut town get any more teeth-grindingly dull? Enter Exhibit A - an ancient medieval spell book written by an excommunicated priest supposedly dictated by a demon. (Yeah right). And Exhibit B - tall, handsome Buck Moon Coyote, a Native American 'shaman' and celebrity author with wildly out-of-control charisma.

But Buck is not what he seems, and others believe the spell book is more than just a lost museum artifact. When someone steals it and uses it to attack Samantha, Buck, and a coven sister, she realizes that magic is far more powerful than a skeptical Pagan ever dreamed. Now word's out on the Internet and every basement Satanist and Aleister Crowley wannabe wants it. Life is no longer sleepy or ass-backwards in this dark fantasy as Samantha faces not just her terrifying enemies, but what now looks like her utterly wasted life. 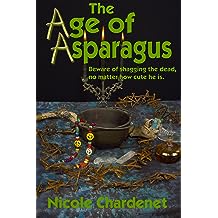 The Age Of Asparagus Jun 3, 2016
by Nicole Chardenet
$3.99
Young witch and giant Jim Morrison fan Gwenhwyfar is fed up with Toronto's singles scene and wants a boyfriend of her own. There's really only one thing left to do, clearly: Bring the drop-dead sexy Lizard King back from the dead! That is, despite her younger physics-obsessed genius sister moving in and much resistance from her reclusive roommate Eugénie. And also complicated by the creepy attentions of Gwen's twice-her-age burnt out ex-rock-and-roller neighbour and the weird old guy downstairs who thinks he's the reincarnation of Aleister Crowley. The biggest problem, though, is there are always repercussions to pulling off a necromantic spell. Like, you can invite unwanted entities, and who knows what the new boyfriend will really be like. And, with the Age of Asparagus—er, Aquarius coming nigh, you could, say, accidentally empower someone with world domination aspirations who wants to become, like, the Evil Dominatrix of the World. Or whatever. Anyway, the point is, things could get really weird.
Read more 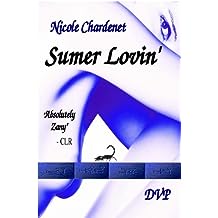 Sumer Lovin' Jan 20, 2013
by Nicole Chardenet, Sonya Young, Heinrich von Schimmer
( 15 )
$2.99
Divorced, middle-aged Rachel Brinkerhoff, a Jewish matchmaker from New York who hopes to remarry, moved to Toronto for a fresh new start with her business and her love life. But no one told her that female-aversive Toronto was BYOB - Bring Your Own Boy. She partners with an Indian and a Muslim lady who want to help Canadians arrange marriages for their often-recalcitrant children and who secretly wonder over the beautiful matchmaker's datelessness. But then an earthquake shakes up Toronto in more ways than one, and the next thing you know, a public fountain turns into the Fountain of Youth, an army of misfits turn up to stake the world's weirdest Native land claim, and worst of all, a beautiful sensuous woman is stalking Toronto's virgin males and seducing them with horrifying consequences. Can a drop-dead gorgeous, highly neurotic American and her friends save Toronto from certain destruction, or will they have to call in a cure that's worse than the curse?
Read more
Other Formats: Paperback 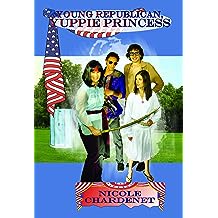 Young Republican, Yuppie Princess Mar 1, 2011
by Nicole Chardenet
( 7 )
$2.99
It's 1984 and the future looks bright for college student Joyce Bacyrus, rah-rah Reaganite and card-carrying Young Republican. She dreams of a high-powered Wall Street Yuppie career until her computer geek friend Hacker boinks it all up by opening a portal to another world in his dorm bathroom and dragging Joyce and their friends into it on a search for Stephanie, his missing lab partner and hopeful future squeeze. When Hacker loses the floppy disk that anchors the open portal, they must find it along with Stephanie, a task now on deadline as she's slated to marry the world's most disgusting prince. Threatening to boink things up further are a feminazi witch, a race of Conan-style barbarians (but only half as smart), incredibly hot naked undines and the prince's sidekick, heavy-metal troubadour and evil magician Malsorcier. While pondering the deeper questions of friendship, loyalty and the suspiciously modern elements in Chassadril, Joyce also wonders, Am I gonna miss my Macroeconomics exam?
Read more
Other Formats: Paperback