Nicole: A Sweet Romantic Comedy (Sewing in SoCal book 3) and millions of other books are available for Amazon Kindle. Learn more 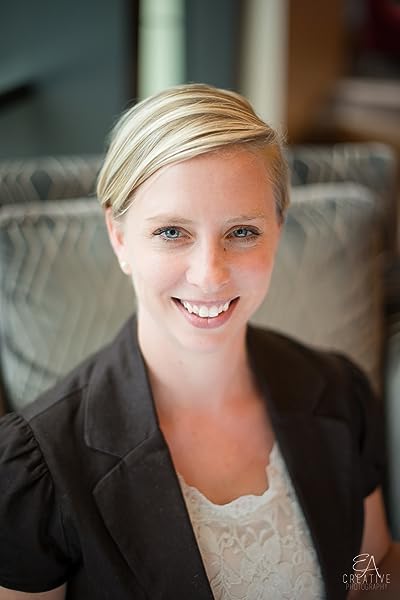 by Sarah Monzon (Author)
4.4 out of 5 stars 82 ratings
Book 3 of 4: Sewing in SoCal
See all formats and editions
Sorry, there was a problem loading this page. Try again.

Page 1 of 1 Start overPage 1 of 1
Previous page
Next page
Start reading Nicole: A Sweet Romantic Comedy (Sewing in SoCal book 3) on your Kindle in under a minute.

4.4 out of 5 stars
4.4 out of 5
82 global ratings
How are ratings calculated?
To calculate the overall star rating and percentage breakdown by star, we don’t use a simple average. Instead, our system considers things like how recent a review is and if the reviewer bought the item on Amazon. It also analyzes reviews to verify trustworthiness.

Abigail Thomas
5.0 out of 5 stars A fun and quirky story of how opposites attract
Reviewed in the United States on February 3, 2021
Verified Purchase
How is it possible that each new book released in the Sewing in SoCal series by Sarah Monzon is even better than the one before it?

When I read the second book, Jocelyn, I couldn’t wait to read book three. Sarah Monzon added in the perfect teaser for the relationship we as readers would be witness to, the feisty, tug-of-war between Nicole Applegate and Dr. Drew Bauer.

When I first opened my copy of Nicole, I admit I was a little apprehensive. What if this relationship didn’t work the way I had expected it to? What if Nicole was too hard to like? But as I read, my apprehension disappeared.

Nicole is a very passionate woman who has many obstacles to overcome. She is a divorced mom of an eight-year-old girl, Sierra, a hairstylist (she’s the one who accidentally turned Molly’s hair pink in the first book), a vegan, and a firm supporter of the causes close to her (and there are many). She has a great heart, but for the longest time, she came across as uptight.

Ah, but add Drew into the mix, and it becomes a fun show to watch. Drew is a caring man, a doctor who makes special visits to “his girl” in the pediatric oncology unit during his breaks, and the co-coach of the football team his nephews and Nicole’s daughter play for. He also loves to push Nicole’s buttons and does it rather well. All in good fun, of course, and with no malicious intent.
Read the book to see what this is all about

I enjoyed watching the push-and-pull, the back-and-forth, between these two characters, each with their own baggage to overcome. They came across as genuine, people you would want to be friends with. Even if Nicole could get exhausting, Drew would be there to lighten the mood.

I appreciated the way Sierra was written into the story, and how both Nicole and Drew thought about her before making any decision to pursue a relationship. I also loved the change in Sierra throughout the book, and how she was all for Drew dating her mom. Sierra herself is a strong-willed little girl, one who learns to have fun thanks to her coach.

And who can forget the Sewing in SoCal girls? Once again their diverse personalities come together to form the perfect group, still planning for, and then sharing in, Molly and Ben’s wedding (if you haven’t read the first book, Molly, read it). In Nicole, this group of gals who meet every Wednesday for sewing and mocktails begins to change as the lives of the women change. I’m interested in seeing what happens with them in the books to come.

Speaking of the books to come, Amanda is next, and once again, Sarah Monzon threw in a teaser. I want to know what is going on with Amanda! Guess I’ll have to wait and see.

I highly recommend this book, the whole series, in fact. If you love a great romantic comedy, especially those without the frustrating “I think they think or did this, so I’m going to get mad and isolate from them without asking them if it’s true,” then this is the book for you.
Read more
Helpful
Report abuse

NorthernBookLover
4.0 out of 5 stars Fun and meaningful
Reviewed in the United States on January 18, 2021
Verified Purchase
If you want fun yet meaningful fiction, this series and story fits the bill! I really really liked Drew! He was patient, kind and fun. I loved Nicole’s passion, although I could tell she was southern girl with some of her ideas about things. Some of them do not work in northern climates and people just don’t understand that. But she was spunky and passionate about what she believed in and worked on those beliefs in her life. I loved seeing follow up on the whole gang from the series too. I recommend this book for anyone wanting a fun light-hearted book that still has meaning.
Read more
Helpful
Report abuse

Martha A.
5.0 out of 5 stars Such a cute story...
Reviewed in the United States on December 6, 2020
Verified Purchase
This absolute adorable book will have you weak at the knees, in a good way. The quips, the humor, encompassing hard topics without drama all throughout, I fell in love. When I finished it, I was so sad as I wanted more and more. I wanted to hear about about the whole group, but each one, I fall in love a little bit more. I enjoyed how the author wove critical topics of our time into the story, and picking up on the struggle of raising a child with an absent father, while not speaking poorly of them. It was well done, so well done.
Read more
Helpful
Report abuse

Kindle Customer
5.0 out of 5 stars A delightful book!
Reviewed in the United States on March 6, 2021
Verified Purchase
Given Nicole's general character, I wasn't sure how I would like this book, but it turned out that I loved this story! Nicole and her daughter Sierra (who's totally adorable) were kinds serious gals, but with the help of one, Drew, we're able to lighten up and look at life a little less seriously. It's a cute, sweet, fun romance!
Read more
Helpful
Report abuse

RJD
4.0 out of 5 stars Nice
Reviewed in the United States on May 7, 2021
Verified Purchase
I will be honest. Nicole drove me bonkers in the first few chapters. Seriously. Just chill! But then I remembered I have friends like her.... but this was a nice book. Not my favorite by this author but a solid addition to her works.
Read more
Helpful
Report abuse

Sandra Arbeni
5.0 out of 5 stars A splendid work of fiction that won't disappoint.
Reviewed in the United States on February 16, 2021
Verified Purchase
An adorable Christian Fiction story that will engage the reader. Nicole isn't ready for romance or so she told herself. Is there room for a husband or is taking care of her daughter enough?
Read more
Helpful
Report abuse

Lydia Henning
5.0 out of 5 stars Great read, as usual
Reviewed in the United States on April 30, 2021
Verified Purchase
Sarah Monson has a serious gift for crafting a story that draws you in and makes you feel like you personally know her characters.
Read more
Helpful
Report abuse

allofakindmom
3.0 out of 5 stars humorous
Reviewed in the United States on December 22, 2020
highly entertaining and humorous
This book, Nicole, is the third book in the series. I'd read the first, but have yet to read the second. When I started reading this book, I didn't really remember who Nicole was or what her story was.
But, the longer I read, the more I remembered. When I read the first book, I didn't really like Nicole. Her personality was too strong, too much for me.
This book, however, because it is from her point of view (as well as the hero's), you get to see who she is on the inside, and I did come to understand her a bit more.
I don't think I could say she's my favorite heroine, but as I grew to understand her hurts, her inner struggles, I liked her more than I had previously.
Nicole is a strong person because she's had to go through hard times in her life.
This book is humorous, while also giving a look at some heart issues that are true to life.
A fun, light read, if you're looking for something along those lines.
Disclaimer: I receive complimentary books from various sources, including, publishers, publicists, authors, and/or NetGalley. I am not required to write a positive review, and have not received any compensation. The opinions shared here are my own entirely. I am disclosing this in accordance with the Federal Trade Commission’s 16 CFR, Part 255
Read more
2 people found this helpful
Helpful
Report abuse
See all reviews

Avid Reader
5.0 out of 5 stars Beautiful!
Reviewed in the United Kingdom on January 9, 2021
Verified Purchase
Beautiful, fun and engaging. All things associated with this author. If you are looking for a fun, clean read with pockets of deep faith messages, look no further. I can't wait for the next in the series.
Read more
Report abuse

Nikki
5.0 out of 5 stars Drew 😍
Reviewed in the United Kingdom on June 9, 2021
Verified Purchase
I love the entire Sewing in SoCal series so far. This book happens to be my favourite and I love the diversity in characters of this series as well! Great read!
Read more
Report abuse
See all reviews
Back to top
Get to Know Us
Make Money with Us
Amazon Payment Products
Let Us Help You
EnglishChoose a language for shopping. United StatesChoose a country/region for shopping.
© 1996-2021, Amazon.com, Inc. or its affiliates