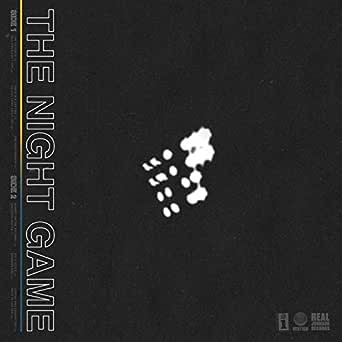 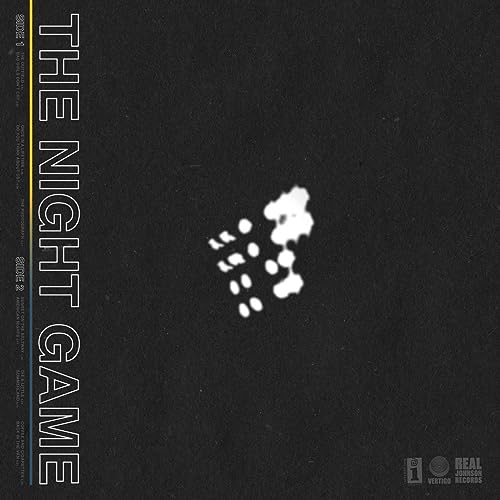 The Night Game
4.7 out of 5 stars 79 ratings
See all 3 formats and editions Hide other formats and editions
Buy the CD album for $10.98 and get the MP3 version for FREE.&nbspCD album ships from and sold by Amazon.com. Terms and Conditions. Does not apply to gift orders. Complete your purchase of the CD album to save the MP3 version to your Music Library.

4.7 out of 5 stars
4.7 out of 5
79 global ratings
How are ratings calculated?
To calculate the overall star rating and percentage breakdown by star, we don’t use a simple average. Instead, our system considers things like how recent a review is and if the reviewer bought the item on Amazon. It also analyzes reviews to verify trustworthiness.
Top reviews

JB
5.0 out of 5 stars 5 Stars for Album but 1 Star for Package Itself.
Reviewed in the United States on May 25, 2019
Verified Purchase
This is one my all time favorite albums. Martin Jonson, the singer, also sung for Boys Like Girls which was also one of my favorite bands and it's great to see he's finally doing something new after all these years and it's absolutely amazing. The album is amazingly incredible all the way through and I never get tired of it and that is why I'm giving it a 5 star rating. Now my issue is with the packaging itself and the seller apparently. So I bought this "new" or so I thought. I received my package on time and I was so excited to finally get it but it was very obvious that this was DEFINITELY used. The inner vinyl slip cover for the record itself is torn up like someone shaved the edges off with a knife. Also the record itself was sticking through the bottom of the slip cover where you could actually see it sticking out. The outer cover, the one with the albums logo on it, was pretty bent up too. The record itself had definite signs of use such as: finger prints, minor scratches and what looked like some type of white powder all over it. It all cleaned up but that's something I should have never had to deal with this to begin with because this was supposed to be NEW! In the future I will be buying anything like that from the actual band's website and I recommend everyone else do that as well.
Read more
Helpful
Comment Report abuse

James R.
5.0 out of 5 stars One of 2018's top albums
Reviewed in the United States on October 14, 2018
Verified Purchase
I've been waiting impatiently for this album to drop since I was first exposed to The Night Game on John Mayer's 2017 tour when they opened for him. I have to say: the wait paid off; BIG TIME. This is one hell of a record from the moment it opens. I've described it to friends as Chromeo teaches The Killers how to elegantly use synths, produced by Bruce Springsteen. There is some masterful song writing on this record, and the tracks demonstrate a clear understanding of melodic drive. With an unmistakable pop influence, this album brings the 80s to 2018.
Read more
3 people found this helpful
Helpful
Comment Report abuse

Honest Frizz
4.0 out of 5 stars Great Album by a newer band
Reviewed in the United States on June 8, 2020
Verified Purchase
I love this album, and the band is terrific. I docked one star because the first album arrived banged up, and I wanted to replace it with one that was in good shape. The exchange was easy.
Read more
Helpful
Comment Report abuse

Some Guy
3.0 out of 5 stars Great Album, Purchase Elsewhere
Reviewed in the United States on January 13, 2019
Verified Purchase
The album is amazing. But if I could do it again, I would have ordered directly from their website. My insert was torn and the vinyl didnt include the digital download.
Read more
One person found this helpful
Helpful
Comment Report abuse

Kylep23
5.0 out of 5 stars Get it.
Reviewed in the United States on October 20, 2018
Verified Purchase
I love this album so much.
Quality of product was excellent. Was packaged well for shipping.

Amazon Customer
5.0 out of 5 stars Martin Johnson is still a legend
Reviewed in the United States on November 19, 2018
Verified Purchase
Best music, lyrics, and vocals! Martin Johnson was in hiding for way too long, his voice should never disappear again.
Read more
One person found this helpful
Helpful
Comment Report abuse

Smilingreader
5.0 out of 5 stars Love this band!
Reviewed in the United States on November 9, 2018
Verified Purchase
Buy it! You won't regret it!
Read more
Helpful
Comment Report abuse

R. G. Evans
5.0 out of 5 stars Five Stars
Reviewed in the United Kingdom on September 20, 2018
Verified Purchase
Quite simply, this is one of the albums of the year.
Read more
Report abuse