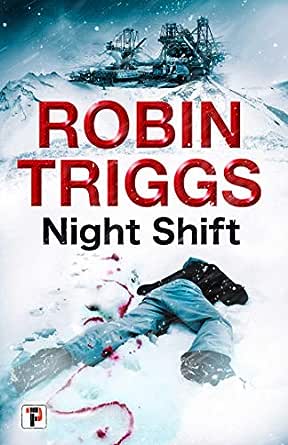 You've subscribed to Fiction Without Frontiers! We will preorder your items within 24 hours of when they become available. When new books are released, we'll charge your default payment method for the lowest price available during the pre-order period.
Update your device or payment method, cancel individual pre-orders or your subscription at
Your Memberships & Subscriptions 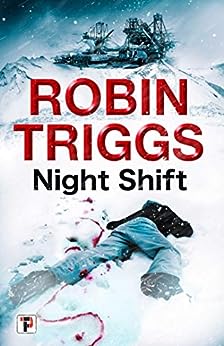 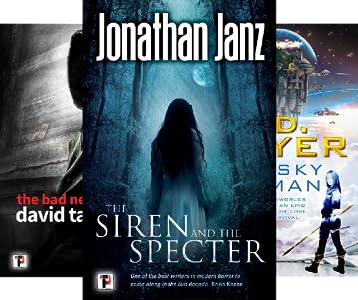 'Crime meets science fiction- I loved it!' - Books, Life and Everything

"...fans of Harlan Coben will love this book." - S.J.Budd - Come and Behold My Dark World

"It’s a joy to read the words of a writer you’ve not read before and immediately feel you’re in good hands." - Cemetery Dance

"Overall, this is a tightly written strong book that lends itself to the thriller genre using good old fashion storytelling and strong characters to reach its triumphant conclusion." - The Literary License Podcast

"Robin Triggs does a good job setting up a climate of suspicion in Night Shift, and the book has some genuinely chilling moments." - Crime Review

"The strength of NIGHT SHIFT lies in the toxic atmosphere of suspicion, the complex dynamics of a well-drawn ensemble cast and the vulnerabilities and tenacity of its protagonist." - Space Cat Press --This text refers to an alternate kindle_edition edition.

Rob was raised in Bradford before heading, at eighteen, to the bright libraries of Norfolk. Music was his main interest at this time. He played drums and sang whilst writing copious amounts of lyrics, some of which tipped over into the vaguely-defined realm of poetry. In 2003 he made the top 500 of the Dublin International Poetry Competition.

He studied archaeology in Queen’s University, Belfast before returning to Norfolk and starting to write seriously. He received a boost when he moved to the middlest of middle Englands and joined Abingdon Writers’, a fantastic group that were quick point out all his writing sins. He was Chair for a spell but abdicated as soon as decency allowed.

When not writing he studies the past: archaeology and the historic landscape remain passions. He’s also an exceptionally poor cricketer, turning out for The Bodleian Library’s collection of misfits. He did, however, once bowl Sebastian Faulkes.

At the Bodleian he tells tourists that yes, Harry Potter was filmed here, but no, they can’t go inside. He also works as a proofreader.

A freshly-minted father, he spends his time changing nappies, Tweeting and – when the opportunity presents itself – doing the odd bit of creating. He keeps a blog - www.robintriggs.wordpress.com - of assorted writerly ramblings. You can also find him on Twitter @RobinTriggs. --This text refers to an alternate kindle_edition edition.