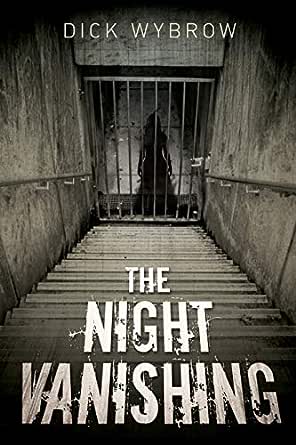 You've subscribed to Painter Mann! We will preorder your items within 24 hours of when they become available. When new books are released, we'll charge your default payment method for the lowest price available during the pre-order period.
Update your device or payment method, cancel individual pre-orders or your subscription at
Your Memberships & Subscriptions
There was an error. We were unable to process your subscription due to an error. Please refresh and try again. 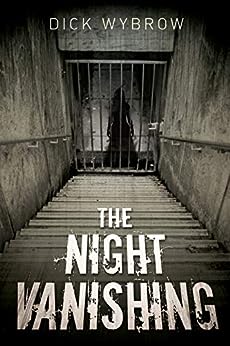 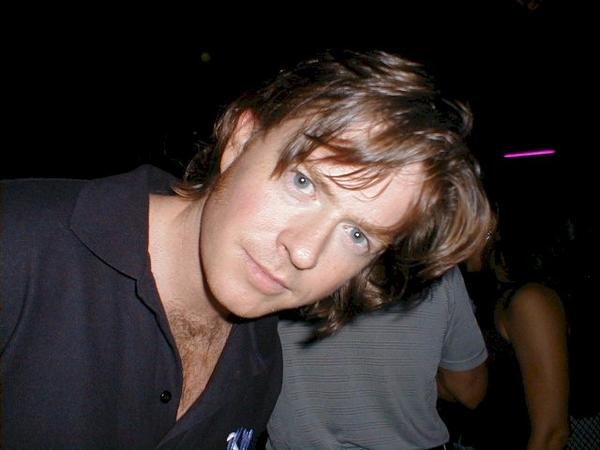 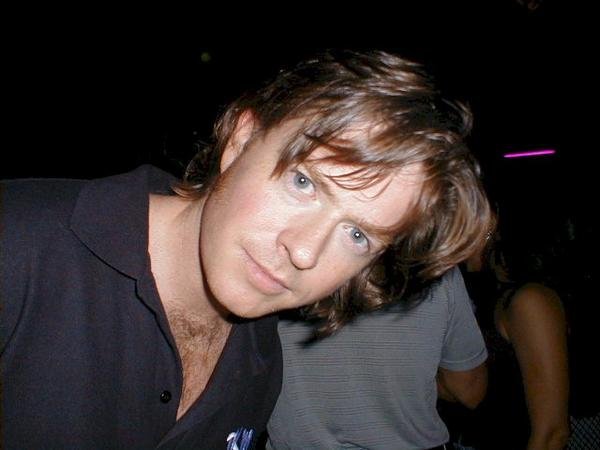 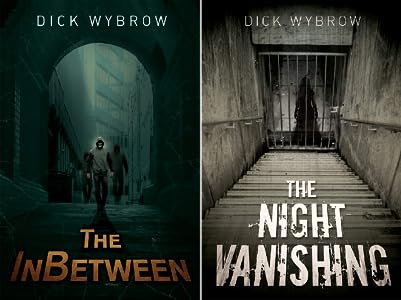 "A high-octane, trippy carnival ride from start to finish. I liked Painter's integrity and sarcasm (he's a smart*ss in the Harry Dresden mold)... Fun and interesting series, weird and cool." -- Annie, GoodReads Reviewer

"There were new characters in this one I just loved, and one is a villain. The plot of this one is very intriguing, as well, and I was so very surprised at the end... then the end just blew me away."  -- PenKay, Vine Voice Amazon Reviewer
"I enjoy this series very much,.. A great read. Hope there is more to come!" -- Soozee, GoodReads Reviewer
"Another great storyline that will keep you engaged throughout. Overall, a very enjoyable read." -- Pauline, GoodReads Reviewer
"The entire book is a fairly high octane trippy carnival ride from start to finish. I liked Painter's integrity and sarcasm (he's a smart*ss in the Harry Dresden mold)... Fun and interesting series, weird and cool."  -- Annie, GoodReads Reviewer
"I'm happy I discovered this new to me series because it is a very good one. It's a well written story, engrossing and entertaining. I liked the fleshed out cast of characters, the world building and the well crafted plot."  -- Annarella, GoodReads Reviewer
"I loved this story and these crazy characters! What a strange, wonderful world the author has created... it almost makes you believe this other world really exists!" -- James, GoodReaders Reviewer

4.2 out of 5 stars
4.2 out of 5
11 customer ratings
How does Amazon calculate star ratings?
Amazon calculates a product’s star ratings based on a machine learned model instead of a raw data average. The model takes into account factors including the age of a rating, whether the ratings are from verified purchasers, and factors that establish reviewer trustworthiness.
Top Reviews

nemac50
4.0 out of 5 stars Talk about twists!!
Reviewed in the United States on June 17, 2020
Verified Purchase
I had a hard time following the plot line of the “Ghost Wranglers”. But, it kind of fell into place as I just read on and figured I’d get it sooner or later. The twists were... well I don’t want to ruin it for you. No spoilers from me. But, if you think you have it figured out... you don’t. Enjoy!
Read more
One person found this helpful
Helpful
Comment Report abuse

Jeremy Elwood
5.0 out of 5 stars Great book from an author to watch.
Reviewed in the United States on May 3, 2020
Verified Purchase
Loved this book, and the series to date. Fans of Neil Gaiman and Terry Pratchett should give it a whirl. Very funny, great characters and a storyline that keeps you guessing until the end. Painter Mann should be headed for the big screen.
Read more
One person found this helpful
Helpful
Comment Report abuse

AnnieB
4.0 out of 5 stars Action filled, weird, and fun
Reviewed in the United States on February 14, 2020
The Night Vanishing is the second book in the Painter Mann series by Dick Wybrow. Due out 16th Jan 2020, it's 329 pages and will be available in paperback and ebook formats. For Kindle Unlimited subscribers, both books in the series are currently included in the KU subscription library to borrow and read for free.

I really enjoyed this weird addition to the Painter Mann (world's only living-challenged private investigator) series. The entire book is a fairly high octane trippy carnival ride from start to finish. The narrative is told in three separate threads, third person omniscient for the ghost hunters & living characters, first person for Painter Mann and the dead in-between people, and first person flashback for the part of the story which takes place in the 1750s (delineated in the chapter headings).
The action was surprisingly easy to keep track of since the writing styles are totally different and it's not mixed up in the same chapters, we get to see the action from multiple viewpoints. There's a certain amount of fluidity in the timelines since time has a different meaning in a lot of the book (it's explained well in the narrative). There is some light horror involved (voodoo, revenge, demonic soul-eating beasties, and the like). There's also a lot of fighting, destruction, and rooting for the underdog to come out on top. Painter himself, like gritty noir PIs in the classic mold, spends a lot of the book getting beat up, stomped on, trapped, folded, and mutilated.

I liked Painter's integrity and sarcasm (he's a smart*ss in the Harry Dresden mold). The world building and entire concept of the in-between is well done and weird (in a good way). The entire effect is somewhat dreamlike and unreal. My only quibble with the writing is that in several of the action scenes, it reads like a stream of consciousness free-for-all which comes across as chaotic and difficult to read. There were some parts which I had to re-read a few times to get the gist of what was happening. It was by no means ALL of the book, just a few of the fights.

Disclosure: I received an ARC at no cost from the author/publisher for review purposes.
Read more
One person found this helpful
Helpful
Comment Report abuse

CM
3.0 out of 5 stars Interesting Premise for Detective Series
Reviewed in the United States on January 19, 2020
Painter Mann is a dead private investigator currently residing in what he calls the “In Between” – a place where people who have been murdered go instead of going to their final destination, as you will. In fact he will tell you he is the best PI in the In Between, but because he’s the only one that also means he is the worst one too.

When I first saw this book and its description I thought “Exactly how does this work? Are the bad guys dead too or alive? And if they are dead, who does he turn the bad guys over to? Who hires him and why?” I mean, the whole thing is kind of fascinating. Apparently, the folks in the In Between don’t know who have murdered them. I would say he mostly gets hired by those looking for the name of their killer. Having that name then allows them to move on to the next place.

In this second book of the series, he finds himself down in New Orleans, one of the most haunted cities in the U.S. Painter is looking for help in identifying his own killer when he runs across someone who tells him about a lot of ghosts disappearing all at once. They didn’t move on and they didn’t solve their murder, they just disappeared.

At the same time, a group of ghost hunters with a web/cable show are filming at a home in Scotland when one of them records a spirit looking for “Painter Mann.” Their ratings have been dwindling in recent years and when this occurs the number of social media hashtags and trending topics start to increase. With so much interest, how can they not start to look into who or what Painter Mann might be?

Similar to other noir genre books, this one definitely has a list of very unusual and colorful characters – Jelly Roll, Shark, Madame Mini just to name a few. The book itself flows through Painters encounters with various individuals with conversation styles that are more natural in form. Sometimes that made following the story or the conversation difficult because I would have to pay closer attention to what was being said or done at the time in order to understand where the story was leading us.

Overall, I found the book to be a creative take on the noir and detective genre books, which made for an interesting read since I wasn’t 100% sure where the story would take me.

Recommended for those looking for a different style of detective and private investigation stories or for fans of noir and ghostly encounters.

Thanks to Netgalley and Dee Dee Publishing for the advanced reader copy and opportunity to provide an honest review.
Read more
One person found this helpful
Helpful
Comment Report abuse

PenKay
VINE VOICE
4.0 out of 5 stars The end was excellent! Can't wait to see what come next!
Reviewed in the United States on January 15, 2020
I read the first book in this series, and I liked it. I was excited to read this second one just to see what would happen. I liked that Painter didn’t look down on other like he did in the first one, and I really enjoyed him so much more than the first time around. There were new characters in this one I just loved, and one is a villain. The plot of this one is very intriguing, as well, and I was so very surprised at the end. I admit at one point towards the conclusion I was thinking surely this is the end because it felt like it, because it felt like it was going on a little too long. Then the end just blew me away. I can’t wait to find out who Painter really is, how he’s going to deal with the new problem, and what the things Mini hinted about where. Recommend. I received a complimentary copy which I voluntarily reviewed.
Read more
One person found this helpful
Helpful
Comment Report abuse
See all reviews from the United States