You've subscribed to Wicked Ways! We will preorder your items within 24 hours of when they become available. When new books are released, we'll charge your default payment method for the lowest price available during the pre-order period.
Update your device or payment method, cancel individual pre-orders or your subscription at
Your Memberships & Subscriptions
There was an error. We were unable to process your subscription due to an error. Please refresh and try again. 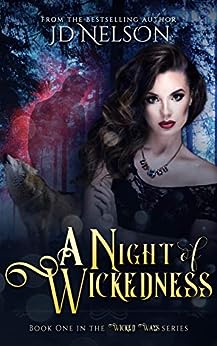 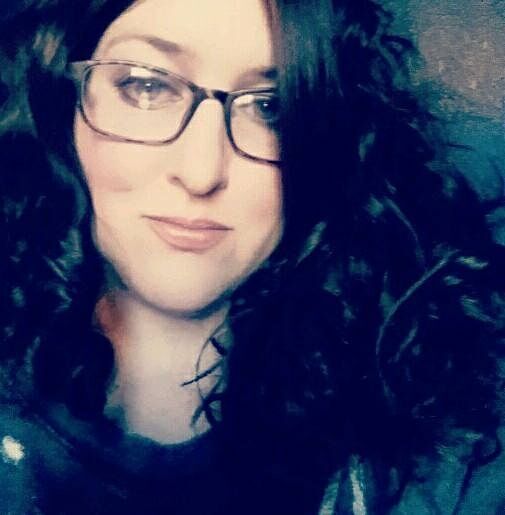 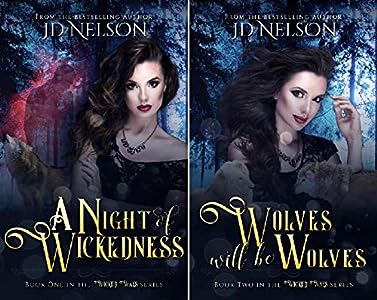 JD Nelson is a Bestselling Author of Fantasy Romance and Adult Paranormal Romance. An avid time-waster, JD enjoys watching TV and listening to audiobooks when she really should be writing.
JD loves to hear from her readers. You can contact her through her website, AuthorJDNelson.com, or on Facebook, where she spends an alarming amount of time chatting with her many Author and reader friends, much to the dismay of her continually neglected manuscripts.
​
JD Nelson's Facebook - facebook.com/NightAberrations
JD Nelson's Twitter - twitter.com/authorjdnelson
JD Nelson's Facebook Fan Page - facebook.com/JDNelsonsNightAberrations
JD Nelson's Fan Club - facebook.com/groups/269730583130725/

3.7 out of 5 stars
3.7 out of 5
68 global ratings
How are ratings calculated?
To calculate the overall star rating and percentage breakdown by star, we don’t use a simple average. Instead, our system considers things like how recent a review is and if the reviewer bought the item on Amazon. It also analyzes reviews to verify trustworthiness.
Top reviews

Roxie's Ferguson /Roxie's Romance Reviews
5.0 out of 5 stars " A Scorching hot 🔥 Paranormal Romance "
Reviewed in the United States on April 29, 2017
Verified Purchase
This book has such a Stunning storyline it will keep you glued to the pages!!! You have a sexy Vampire, A yummy Werewolf, and A Spunky Nymph! . This combination alone calls for some scorching hot scenes. It will also keep you laughing!.
Korrina a spunky Nymph gets herself in trouble all the time with her sexual drive. But when she gets caught to many times having public sex she is sent away from her home. She is to live by her self out side a little town in Alabama. When she gets there she finds its not so bad as the house she is to live in is the historical home of her dreams. Next she finds out her neighbor is a very sexy if not rude Vampire! Obsidian has been alone for years. Then this spunky and sexy Nymph moves next door. At first he tries to fight his attraction to her as he does not trust Nymph's. Soon he finds himself falling in love with her. Then she meets a yummy werewolf Oswin. Oswin sets out to make her his mate. What can a poor Nymph do when two sexy men want her why sleep with each of them!. Only Oswin's pack is upset and this puts Korrina and Obsidian in severe danger!.
You will love this exciting, Funny, suspenseful, sweet, and oh so scorching hot paranormal Romance!.
It is a five star plus Romance that will leave You wanting more!.
Read more
Helpful
Report abuse

J Mills
4.0 out of 5 stars What Is a Girl to Do?
Reviewed in the United States on February 18, 2013
Verified Purchase
JD Nelson has created a fun, exciting, thrilling, action packed, HOT and SEXY paranormal world that I thoroughly enjoyed! This was a completely different take on the inner workings of the paranormal community with a fresh perspective, and wildly intriguing chacters. What is a poor nymph to do when all she really wants is true love and her very nature is all about fast quick sex with anyone willing.

Through no fault of her own our beautiful, out spoken, independent, head strong heroine, Korrina, is sentenced to isolation from all her family and the only place she has ever lived for petty crimes. If that was not enough, her closest neighbor is a reclusive, bigoted, Nymph-hating vampire, Obsidian, that is also delicious to look at and even better to "get close to". Sounds like Korrina has finally found a friend and maybe with benefits. Looks like things just might work out, right? WRONG! Oswin, the handsome, dominant, Alpha werewolf enters the picture with a bang and Korrina finds herself in an incredibly awkward and heart-breaking situation. Add in all the turmoil with the Bureau and a band of rogue werewolves and A Night of Wickedness is an awesome read!

Ms Nelson's witty characters and incredible ability to move from scene to scene and character to character quickly while all the while keeping the reader entertained and enthralled makes for a great read with suspense, tears and laugh out loud moments! You will not be disappointed with this fresh new look at the paranormal world and I look forward to the next book!
Read more
6 people found this helpful
Helpful
Report abuse

Amanda Dalton
5.0 out of 5 stars Hot, hot, hot!
Reviewed in the United States on November 21, 2014
Verified Purchase
It's hard being a nymph. Especially from a large family and that family doesn't want to help you express your true nature. Fortunately for Korrina her uncle Solon takes pity on her. As a judge he sentences her to solitude away from her community instead of prison when she comes in front of him again for public indecency. Solitude for a nymph is awful. Not long after arriving, she discovers her closest neighbor is a vampire and not too long after that a werewolf shows up on her doorstep. Obsidian is crude and doesn't seem to want to have anything to do with her. Oswin the werewolf wants to only have her. Korrina is very naïve in the cultures and customs of other supernatural cultures and doesn't understand the hostility these two have for one another. As her isolation progresses, her feelings for both men and it's stressing her out. Nymphs are not known to be monogamous but both Oswin and Obsidian are pressuring her into a monogamous relationship. Can she truly love one person? Who is right for her? She's thrust into impossible situation, not knowing who she should turn to or what everyone's intentions are.
Read more
One person found this helpful
Helpful
Report abuse

Daniel Bowen
4.0 out of 5 stars Engaging But Fustrating
Reviewed in the United States on January 19, 2013
Verified Purchase
So Korinna is a Nymph, cast out from her town, has to be on good behavior for five years, can't return to her old home, family, or loved ones. So she's stuck in a gorgeous house she loves and meets two guys she can't decide on.

The love triangle was interesting. Both guys were extremely possessive and jealous and from what I understood about Korinna, she was one smoking hot nymph. But not dumb, oh no.

The twists in the build up between these two guys and just what happens to Korinna was page turning. While I couldn't understand why she'd give Obsidian another chance when he treated her so rotten for six months. SIX MONTHS? Being lonely doesn't mean she needs to put up with stuff like that. And despite a vampire being old and dealing with many things over the period of his lifespan. . . He sucks on dealing with relationships. He expects Korinna to love him anyway. No regret in his choices in dealing with her, sure he thinks he's a monster but he still keeps acting like one. *Hint* When you say your sorry, you do everything you can not to repeat the same said thing. And loser that Obsidian is, he keeps doing the same garbage over and over.

So Oswin's pack is pretty well decimated. He gives up his mate. He's fought, is bloody, bitten, and bitter. Despite all that and going about his relationship with Korinna for all the wrong reasons, it was just selfish to walk off like that. I felt more should be given on this whole outcome. It just ended too quickly.

And for Obsidian to accept her now because the wolf is out of the picture. She is now vampire, she has no choice. Well, in my book she still has choices and she shouldn't settle for either guy -- They've both let her down numerous times and she's young, gorgeous, and strong -- She should find more out of life than dealing with Oswin and Obsidian.

Yeah, the ending just didn't do it for me. So if this is to be a series, I hope there is more closure on a relationship like this than leaving it the way it is. I can't see Korinna just giving up on her wolf and in time I bet he'll regret he gave up on her. You can't just drop someone like that, after killing off your pack, and walk away. I'm still shaking my head over how frustrating Korinna is -- Heck she had stupid relationships back home to almost go to jail. It's like she attracts these losers and screws up her life even more.

This book is more about what a frustrated romance is all about. - Dan's Wife
Read more
2 people found this helpful
Helpful
Report abuse
See all reviews

kat
5.0 out of 5 stars great read
Reviewed in the United Kingdom on February 6, 2014
Verified Purchase
Couldn't stop reading had every thing I wished for in a book , loved the way you had each characters version of major events will read more from this author again
Read more
One person found this helpful
Report abuse
See all reviews
Back to top
Get to Know Us
Make Money with Us
Amazon Payment Products
Let Us Help You
EnglishChoose a language for shopping. United StatesChoose a country/region for shopping.
© 1996-2021, Amazon.com, Inc. or its affiliates