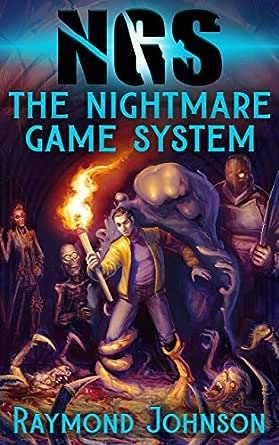 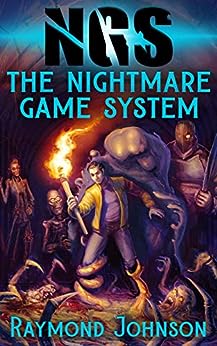 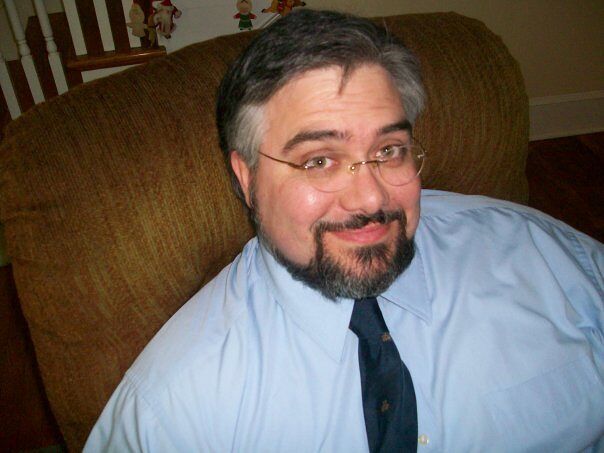 4.5 out of 5 stars
4.5 out of 5
25 global ratings
How are ratings calculated?
To calculate the overall star rating and percentage breakdown by star, we don’t use a simple average. Instead, our system considers things like how recent a review is and if the reviewer bought the item on Amazon. It also analyzes reviews to verify trustworthiness.

TrustedReviewerFTW
5.0 out of 5 stars We need more horror litrpgs like this masterpiece!
Reviewed in the United States on November 3, 2020
Verified Purchase
Ray Johnson has weaved a wicked tale of a man who is forced into the Nightmare Game System. Imagine A Serbian Film instead of World of Warcraft and you will understand why Ramzan is in for a hellish experience that could result in an eternity of horror if he dies in the game. The characters are rich and terrifying. Blair the sadistic artificial intelligence is hell bent on making Ramzan's life an unbearable nightmarish experience. She shines and is my favorite character in the story. This novel isn't for the faint of heart there is some truly disturbing material and I love it. Support this author, he is skilled and has a tremendous future ahead of him. I hope we continue to received horror litrpgs! A++++
Read more
12 people found this helpful
Helpful
Report abuse

BuckyReview
5.0 out of 5 stars Impressively dark and well written first novel
Reviewed in the United States on November 5, 2020
Verified Purchase
I normally avoid horror books, but I love litrpg, and I'm always willing to give a new author a shot. I have to say, if all horror was written the way this book was, I'd be reading a lot more of them.

The author does a nice job of describing locations and monsters, with some truly nightmare inducing scenes.

The main character is not weak, nor overpowered. Also, I really liked the way the stats were done in the book, very aesthetically pleasing and formatted. The stats actually made an impact on the story as well, which if you read a lot of litRPG you know that this is not always the case.

Again, while horror isn't really my thing, I did enjoy this story. It flowed very well, and for it being a longer book I felt like it flew by. I hope the author releases a follow up.
Read more
4 people found this helpful
Helpful
Report abuse

Wade
5.0 out of 5 stars Excellent Horror + LitRPG
Reviewed in the United States on November 17, 2020
Verified Purchase
There isn't a lot of Horror LitRPG out there, and Raymond's tale stakes out some of that largely open territory. Creepy and fast paced, blended with horror troupes combine for a worthwhile read. Pressed on through it much faster than anticipated, to see what would happen in the end.
Read more
3 people found this helpful
Helpful
Report abuse

J. Dreadpenny
2.0 out of 5 stars Buy digital only
Reviewed in the United States on February 16, 2021
Verified Purchase
Bought the physical copy, and it fell apart in my hands as a read it. Good story, but terrible binding.
Read more

2.0 out of 5 stars Buy digital only
By J. Dreadpenny on February 16, 2021
Bought the physical copy, and it fell apart in my hands as a read it. Good story, but terrible binding.
Images in this review

Ian Mitchell
4.0 out of 5 stars The title says it all.
Reviewed in the United States on November 3, 2020
For me, I found the beginning difficult. It wasn't the writing, just darker than I'm used to. I had trouble with resident evil 5 for a while. This book reminded me a bit of the Resident evil series. Maybe I'm a wimp about horror. If so, the horror aspect's pretty good. I found Blair the AI annoying. Once I got in a ways, I found my groove and by the end of the book I can see a pretty good setup for a series. I thought overall it was well written. It was also painful for me as I can get squeamish at times and well the mc won't win the nice guy if the year award. I'm more fond of heroes.
Score: 7.6 out of 10

Scottie
5.0 out of 5 stars Unrelenting Ride Through Digital Hell
Reviewed in the United States on November 5, 2020
This is not so much a book, as it is a thrill ride. The pacing remained perfect throughout. There was no sense of a lot of time passing for the main character, despite the time differences between the game and reality, but every moment spent was spent in service toward moving the story forward. Several good, often underused horror tropes appeared and the pay-off was quite beautiful. I fully recommend this tale if you like darker fantasy with a dash of digital devilry.
Read more
6 people found this helpful
Helpful
Report abuse

T Olsen
5.0 out of 5 stars There Are Worse Fates Than Death
Reviewed in the United States on November 28, 2020
Ramzan made a lot of poor decisions in his life, but his biggest mistake may have been killing a bunch of drug dealers for money to help his sister escape to America. To make him talk, two members of the gang hook him up to a heavily modded version of a full immersion horror simulator. There is hope, but its a false one. With a rogue AI giving fickle assistance and other trapped players creating active roadblocks, can Ramzan escape? And if so, how will he have been changed?

Horror novels are not my usual fare, and had I not been given a copy of this book for an honest review I likely would have skipped over it. Indeed, there are a couple of specific aspects of this book that flaired my anxiety. Even as I found myself biting my fingernails, I still had to see how this story played out.

At its best, this book is very much a clash of Serbian film scriptwriting meeting pre-2000s American horror movie tropes. Several horror monsters are homaged here to great and believable effect. Some tropes are played straight, others for wry humor, and others still are set up in a way that misdirects the reader. This novel is, at its best, a solid horror thriller. It also has an ending that is fitting, even if it isn't satisfying.

I did have one significant issue with the story, as spoiler free as possible. The gameplay elements of the NGS are played fast and loose. A lot of this is handwaved as custom mods designed to play against the player. However, there is a reveal during the scenario where Ramzan teams up with other players to hunt werewolves in search of the Alpha that ultimately broke my suspension of belief. It was a reveal that I felt worked wonderfully from a horror perspective but ultimately could not at all work as an actual game.

Overall, this book is an easy recommend for horror enthusiasts who want a nice blend of darkness and character progression that pushes the line of what might be acceptable but beautifully and expertly never crosses it. That said, it may be an acquired taste a little too heavy for certain LitRPG fans. Much like eating a ghost pepper, I found it a painful breathtaking experience I could recommend even as I remember the heat going in.
Read more
2 people found this helpful
Helpful
Report abuse

Johnny Clark
3.0 out of 5 stars Book one
Reviewed in the United States on November 5, 2020
Mistakes: I found a bunch. Some are extra words, some are the wrong tense, I even found one odd random letter. Stuff was added to his gear that never shows up on his character sheet.

Plot: Stuck in a horror video game after stealing from the mob, what can you do to survive? Can you hang on to your humanity or embrace your inner monster?

Characters: Nobody in this book is very likeable. Following the mc was interesting just to see what he would do next.

5/10 Would be four stars if it wasn't for all the mistakes.

I received an advance review copy for free, and I am leaving this review voluntarily.
Read more
3 people found this helpful
Helpful
Report abuse
See all reviews