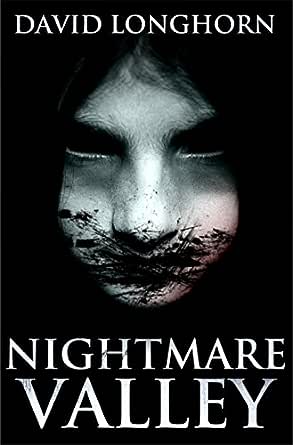 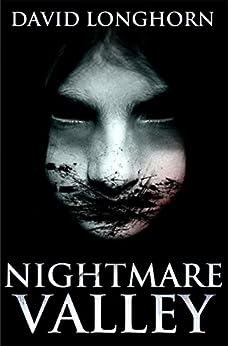 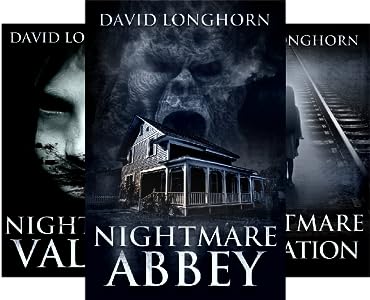 "This series keeps getting better." - D.K.

"A great follow-up to the first book!" - Reader

"I really enjoyed this book and I am off to make sure I am subscribed to this author so that I know when more is coming! - Reader

"Creepy, creepy, creepy. Another good one!" - Maureen
"All of the Longhorn books I've read so far have been well written, with original plots and interesting characters. I love intelligent, intrepid, and wryly funny heroines like Denny from the Nightmare series and Erin from the Weyrmouth books." - Texas C.

"This one was even better than the first!" - Natalie

"Interesting and creative. Call me crazy, but I felt bad for the brutal murderers. Maybe you will too when you read the book." - Kathryn S.

"Book 2 in this series is great. Even creepier than the first!" - Jessie G.

"Mr. Longhorn is an incredible author with one hell of an imagination. I was so wrapped up in this book it was like I was there, and totally freaked out! And I loved it! I definitely recommend this series to anyone who enjoys getting creeped out." - Christina B.

"It will all be over by Christmas, mark my words," said the barman of the Black Swan as he finished pouring a pint of dark beer. "There you go sir, a nice pint of Burton's Best Ale to wet your whistle."

"Ta very much, and your good health," replied Bewick, raising the glass. "I wish I had your confidence about this war, though. Seems to me the Kaiser, the Tsar, the French, Turks, and all the rest of 'em have been spoiling for a fight for years. Now they've got one. This time they get to settle all their old scores. And we're being dragged into the sorry mess! Very disturbing."

Bewick took a mouthful of ale, wiped the froth from around his mouth with the sleeve of his well-worn coat.

"Yes," the barman said, nodding sagely, "but the way I see it, all these countries can't afford a long war, can they? What with trade being held up and all. No, all them daft kings and emperors will have their bit of fun and then it'll be back to the conference table, drawing more lines on maps. Our brave boys will be back in time to celebrate the New Year. You wait and see."

Bewick was not inclined to argue the point. As a commercial traveler, it was second nature for him to get along with strangers. He had come to the small town of Machen in the hope that, because it was an out of the way place, he would find fresh customers. So far, however, his efforts to interest local ladies in his hosiery and related products had failed miserably.

"Not much money about, I take it?" Bewick said, wiping beer froth from around his mouth.

"Don't quite get your meaning, sir?" the barman replied, with a tilt of the head.

"I must have called on two dozen houses today," Bewick explained. "Not a nibble. Not one person interested in my products."

He nodded at the samples case he had placed on the bar earlier.
"Oh, that," the barman said. "It's not so much lack of money as people are-"

Then the man stopped talking and glanced over Bewick's shoulder. The salesman knew better than to turn around. But he did glance at the huge mirror behind the bar and saw a group of locals, huddled around a corner table. They were apparently not listening to the conversation. But Bewick had the distinct feeling they were noting every word.

"People are what?" he asked. "Not very trusting of outsiders? I get that a lot in these little places, off the beaten track."

"Yes sir, that's right," the barman said, in a very clear voice. "Bit wary of strangers, that's all! Don't get many visitors here in Machen."

Rather than press the point, Bewick drank the rest of his pint in silence. After finishing, he went upstairs to his cramped little attic room. It was the only accommodation in town and its general air of neglect proved the barman's point.

Strangers not welcome round here, Bewick thought. Bloody yokels. Well, I'll just cross it off the list and move on down the valley tomorrow.

Bewick stood looking out of the dirty window over the little town. Machen lay on the river Wye, a meandering watercourse crossed by an ancient stone bridge. To the west, the sun was sinking towards the hills on the Welsh border. Bewick frowned, looking more intently at a small wood land that lay above the town. He saw movement under the trees. But it was hard to tell from over a mile away whether the pale shapes were people or animals.

Deer, probably, he thought. Or sheep? But sheep don't go into forests. Do they?

Shrugging off the trivial mystery, he sat down on the bed to check his railway timetable. Then he lit the small oil lamp and started to write some letters. Bewick had lost all track of time when there was a stealthy knock at the door.

The barman was standing outside holding a glass tumbler full of amber liquid.

The salesman smiled, began to reach out, then hesitated.

"Don't want you going away thinking all us country folk as inhospitable," the barman said, with a grin that looked a little forced.

Maybe he wants a big tip, thought Bewick. Oh well, he's going to be disappointed. But it's a nice gesture, I suppose.

Bewick sat down on the bed again and took a mouthful of the toddy, then nearly choked. It was very strong, definitely more whiskey than water. Bewick, a beer-drinker by inclination, only managed to consume a third of the glass before feeling distinctly woozy. He took off his boots and lay down, still fully clothed, and was soon out like a light.

When he woke up it was just after nine, according to his watch. The oil lamp was still burning, and he decided to change into his pajamas. As he got up, he glanced out of the window again, and stopped. Something was not quite right. His mind was still far from clear, thanks to the whiskey, but he forced himself to focus.

The little town of Machen was almost entirely dark. There were no streetlights, and only a few houses showed lights in their windows. The railway station and post office were long since closed and shuttered. Only the glow of the familiar blue lamp outside the tiny police station was visible. But outside the town, on the hillside below the woods, there was a sinuous line of flickering yellow lights.

Lanterns, Bewick guessed. Dozens of lanterns. Looks like half the town is going up that hill. What the hell is going on?

Bewick thought of a friend who worked as a junior reporter for a London newspaper. Whatever was happening in Machen might be of interest to the press, who often ran amusing little stories about rural folk and their bizarre customs. And that could mean a payment in cash. Bewick opened his door slowly. The Black Swan seemed quiet enough. He began to put on his boots then decided to carry them down, as he would make less noise that way.

So, my host thought a tumbler full of cheap spirit would keep me quiet, he thought. Well, think again, my friend.

Bewick felt a boyish excitement as he tiptoed down the steep staircase.