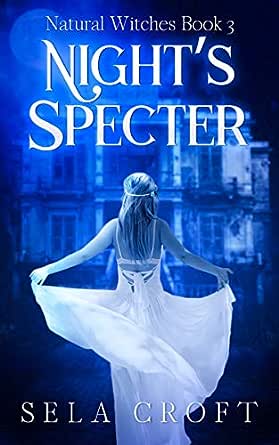 You've subscribed to Natural Witches! We will preorder your items within 24 hours of when they become available. When new books are released, we'll charge your default payment method for the lowest price available during the pre-order period.
Update your device or payment method, cancel individual pre-orders or your subscription at
Your Memberships & Subscriptions
There was an error. We were unable to process your subscription due to an error. Please refresh and try again. 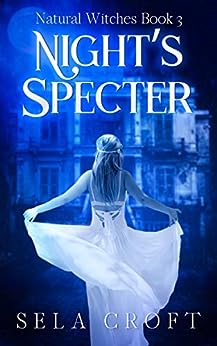 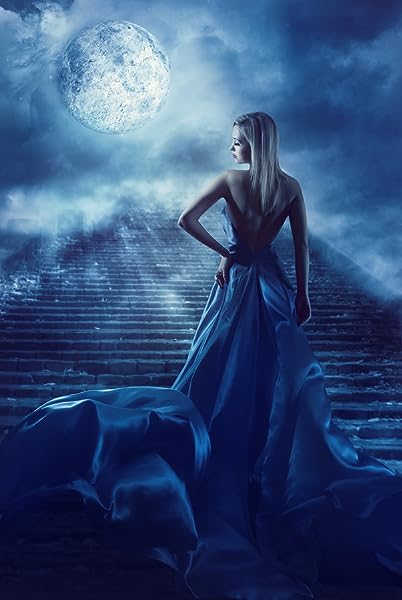 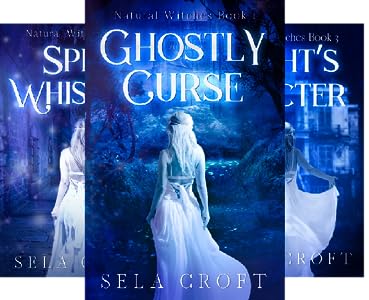 Hope Leslie
5.0 out of 5 stars Night's Specter
Reviewed in the United States on September 10, 2020
It is a great book. It is one that teenagers can read with no problem if they like witchcraft and evil doers. Jaime certainly has her hands full raising 3 kids with the 2 youngest being boys at the age of 10. Her daughter, Abigail, is 13, and is in line to take over as head witch if anything would happen to her mom.
Abigail keeps having dreams at night that she is in a dark room and doesn't know where she is at. She is also sad that her friend Eve, moved away and she hasn't heard from her. Ian is a cop that helps out with the boys with soccer practice and wants to get closer to Jamie. Jamie's first husband, the kids dad, died in a car wreck. Jamie waited a couple years and married Elijah, not knowing he was a sorcerer. She divorced him and that has made her extra careful in what men she trusts. Jamie is scared that Elijah is going to capture Abigail and kill her to get to the family book of spells.
Jamie is trying not to pull Ian into the world of magic but he comes and asks her to check out the local morgue. The workers says strange things go on at night and people are not wanting to work that shift. Ian and Jamie goes that night to check it out and the ghost partially appears saying she is seeking revenge.
Get your book to see all that happens next. You will enjoy reading it.

Marissa Giles
4.0 out of 5 stars Witches and an Angry Ghost Trapped in a Morgue
Reviewed in the United States on September 10, 2020
There are really two main storylines in each of these books. Each one has their own unique storyline and there is a second continuing storyline that carries through all the books. In this installment, the unique storyline features an angry ghost trapped in a morgue who can't cross over. It's up to Jaime and her sisters to figure out why, landing them smack dab in the middle of a murder mystery. In the meantime, the continuing storyline with her unsavory ex and his band of evil sorcerers crosses a very dangerous line when Abigail, Jaime's daughter, is kidnapped. To save her daughter, Jaime is forced to use her witchy powers in ways she hadn't before, but will it be enough?

I still don't quite get the romance in this series. It's very slowly burning, but also confusing for me. I appreciate a slow burn, but this is too slow. She's a witch, but he doesn't believe in the supernatural. Why would she want to spend time with someone who doesn't believe in who she is? She's been burned by men in the past and should have issues trusting men, especially when it comes to her children, but she lets him spend time with her kids alone. There's some kind of an attraction but yet they just hang out as friends. The two of them might be building up to something more, but its really hard to tell. Hopefully it becomes more clear in the future installments.

sherri jones-teachoutTop Contributor: Cooking
5.0 out of 5 stars Keep her daughter safe.
Reviewed in the United States on September 12, 2020
Jaime has one goal, keep her daughter and twin sons safe from her ex-husband Elijah. Elijah is a dark sorcerer and he wants Jaime’s family’s witch powers and her daughter Abigail is very powerful. But while also trying to keep Elijah away she has to solve a mystery. Strange happenings have been occurring at the morgue, usually at night, and the workers refuse to go back there. When she investigates she finds a ghost bent on revenge against the person who murdered her. But the ghost has relatives still alive who could be in danger from the killer. I received a free copy of this book via Booksprout and am voluntarily leaving a review
Read more
Helpful
Comment Report abuse

Fairycrystal
5.0 out of 5 stars A Superb Story An Series -- A Must Read
Reviewed in the United States on September 21, 2020
Night's Specter is Book 3 in the Natural Witches series by Sela Croft. This is another entertaining story. We get to see how Jamie deals with Elijah, her ex husband, who has kidnapped her daughter Abigail because he wants the family's book of spells and their power. While this is going on Jamie and her sisters are also trying to help a ghost locked in the morgue who wants revenge on the person who murdered her so she can cross over. This is an excellently written story and series that I highly recommend. Received an ARC from Booksprout and this is my voluntary and honest review.
Read more
Helpful
Comment Report abuse

christyTop Contributor: Fantasy Books
5.0 out of 5 stars Ghost issues
Reviewed in the United States on September 10, 2020
Jaime is back and this time things are crazy as usual. She battles her ex and a ghost while dealing with her normal life. It was a fun and cute story that made me laugh and roll my eyes with what Jaime ends up dealing with. Of course her sisters are trying their best to help her out too. Just an entertaining read.

Scarolet Ellis
TOP 1000 REVIEWER
5.0 out of 5 stars Awesome Cozy Mystery
Reviewed in the United States on September 16, 2020
Night's Specter by Sela Croft is an awesome witches story that I have read. This is book number three in this awesome series that I am so hooked on and can not wait to read the rest of this awesome series. I highly recommend this story to everyone who loves reading about witches, fantasy and cozy mysteries.

Sarah Black
5.0 out of 5 stars Amazing read!!
Reviewed in the United States on September 10, 2020
Love this series so far!! Jamie's family overcomes another challenge and Abby's powers are growing. As a family they are stronger and more powerful. Cant wait to read the next book to see how Abby's powers grow and how Jamie concurs the evil coming after her family.

LooseBoots
5.0 out of 5 stars Magnificent fantasy series
Reviewed in the United States on September 1, 2020
The adventure continues. Jaime end her sisters have their hands full in this episode having to deal with J’s evil ex husband , a disruptive ghost in the morgue and children with growing powers.
Also the romantic element for Jamie. All in all a very enjoyable entertaining book.