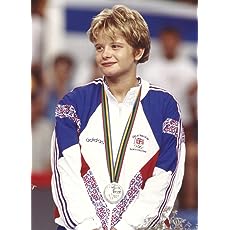 Nik Fairbrother, creator of the number one children's programme Koka Kids is well known in the world of judo. In 1992 Nik won the Olympic silver medal, a year later she became world judo champion. She holds the 7th Dan black belt and an MBE awarded by HRM The Queen. She is the author of many judo books and judo magazines, including the best selling series of Judo Throws and Holds.

Judo Throws and Holds
The more techniques you learn the better a judoka you will become. This latest series covers all the judo throws and holds. Clear step by step tutorials help kids understand the stages of each technique.

Watch animations of judo throws as you read:
https://www.kokakids.co.uk/judo-throws


A word from the author: I started judo at the Pinewood Judo Club in Wokingham, Berkshire (UK) under the guidance of the legendary Sensei Don Werner (7th Dan). As an 8 year old, I knelt up on the side of the mat, to take my first bow. Don's voice boomed out the word "Rei!"and we all bowed. My journey had begun. Little did I know then that it would take me to the finals of an Olympic Games and a World Judo Title. That it would become my life. That I would learn so much.

Judo Lessons are for Life: Perhaps one of my greatest life lessons I learnt from my judo coach. Before one championships, as I was warming up for a contest, Don came up to me minutes before I was due on to fight to boost my confidence and to tell me I could win the match. "I'll do my best," I replied. Don looked me in the eyes, and said some words I live by today, "Do better than your best!" It turns out, you can always do a bit more, if you dig deep. Better than your best.
Read more 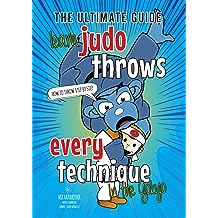 Learn Judo Throws: How to Throw Step by Step The Ultimate Guide to Every Judo Technique in the Gokyo. (Koka Kids e-book Book 1) May 30, 2020
by Nik Fairbrother
$9.99

From Judo’s Olympic Silver Medallist, Nik Fairbrother (7th Dan) creator of the number one children’s judo programme Koka Kids, comes the best selling Learn Judo Throws - How to Throw Step by Step The Ultimate Guide to Every Judo Technique in the Gokyo, now available as a Kindle e-book to help children learn every judo technique easily.

With 2 out of every 3 kids in any dojo likely to be visual learners many judoka struggle with recall of techniques and names.

◆ Step by Step tutorials of each judo throw

◆ Each throw broken into easy stages

The more techniques you master = the more options you have to throw! Improve your judo quickly by learning a larger range of throws and you will be able to throw in many directions and against judoka bigger and stronger than yourself.

Learn each stage of the throw and perform it expertly. We illustrate each step making it is easy to visualise and follow.

Each judo technique has a Japanese name to learn. This book makes learning fun and faster. Allows children to study in their own time and at their own pace.

Age & Ability Range: Suitable all judoka, from judo beginners and for those more experienced judoka looking to improve their judo training to prepare for gradings and promotions. For ages 6-8 up to preteen 9-12. 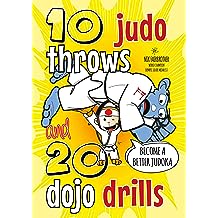 Fitness, agility, coordination, balance are all skills best learnt young. Yet, too often we miss the opportunity.

This judo training book helps kids learn the fundamentals that will make their judo technique so much better. But more than that. These are skills that lead to a better and healthier life.

Get Tips and Drills
Learn 20 drills so as you can train 10 judo throws. Keep practising the drills and you will become a better judoka. Because these drills help perfect the parts. And the parts make up the technique.

Become a Better Judoka
By the end of this book you will have improved footwork, timing, co-ordination, entry, kuzushi and balance.

World Champion Tips
These are the same drills author, Nik Fairbrother used while training to become a world champion. 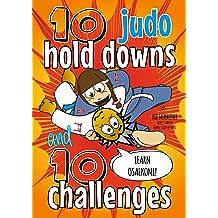 Now available as a Kindle e-book and as a paperback.

Are you confused with all the Japanese names for judo techniques? Looking to understand the basics? You've come to the right place.

By the end of this book you will have mastered ten different holds. You will have the skills to pin your partner down from any position. You will also know how to escape if you are caught in a hold down, what to do if you get your leg caught, and how to adjust from hold to hold.

You can also attempt to conquer the ten groundwork challenges set by author and judo world champion, Nik Fairbrother. Have fun while you improve your skills. 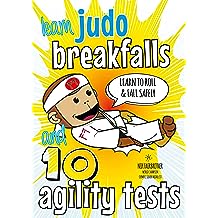 Master Judo Breakfalls (Ukemi) and you also improve your throwing ability. How so? Because if you can fall and roll without fear - you will attack with more confidence. Learn how to fall and roll safely and get to grip with judo basics.

This judo book is for beginners, or anyone who wants to improve their ukemi skills.

By the end of this book you will have mastered all the different types of judo breakfall (ukemi). You will be able to fall and roll forwards, backwards, sideways.

Use the ten fun, agility tests to improve flexibility, coordination, balance and movement skills. Agility is a key skill to becoming a great judoka. The more agile you are the more difficult it will be to throw you!

Fun section on some of the favourite Koka Kids characters, including Uchi Banani and Blushido. Read the fact files and check out their favourite techniques! 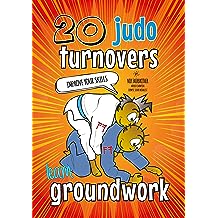 20 Judo Turnovers: How to do Newaza Step by Step: Judo book for children: Become a groundwork expert (Koka Kids) Jun 11, 2020
by Nik Fairbrother
$7.47

Groundwork judo is fun and an easy way to score a judo ippon! But many kids get stuck at the first hurdle of not knowing how to turn their partner over. With 20 turnovers to learn this book will make sure you never have that problem again.

Learn to win at Groundwork

By the end of this book you will have learnt twenty turn overs. You will be able to turn your partner over from any defence.You will have all the skills you need to win many contests using newaza.

Groundwork is often neglected, which is a big mistake. Remember folks judoka don’t float and sooner or later every contest ends up in newaza. Get good at it!