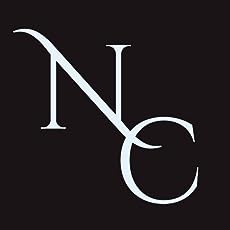 Nikki Clarke is the pen name of a thirty-something poet and writer from Chicago. She's always loved a good love story in books and on film. Her favorite on screen love declarations in no particular order are: Darius and Nina under the viaduct, Mr. Darcy and Elizabeth in the field (Knightley and MacFadden version), and Dwayne and Whitley at the wedding. Nikki doesn't mind a little weird (or raunch) mixed in with her romance and hopes to contribute to more happily ever afters of all shades and styles. She currently lives in Florida, but Chicago will always be her home. She holds an MFA in Creative Writing.
Read more 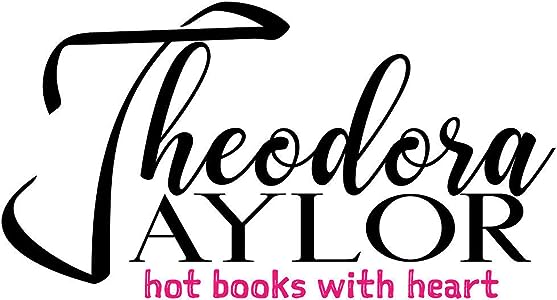 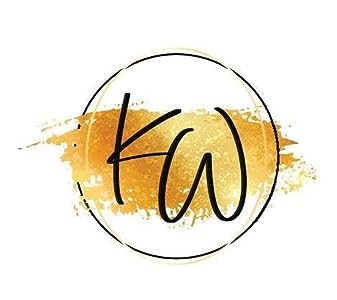 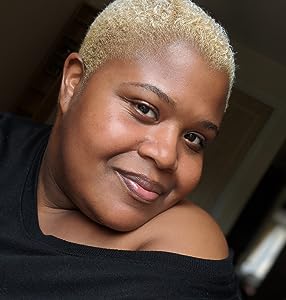 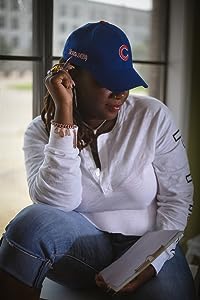 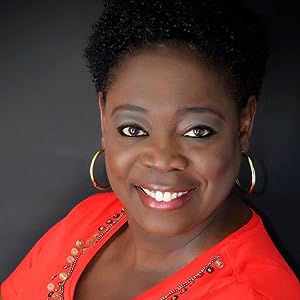 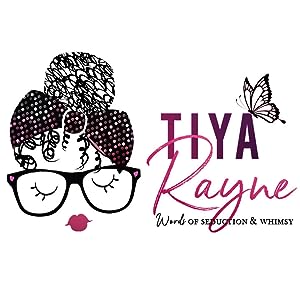 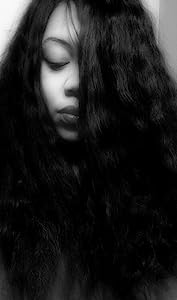 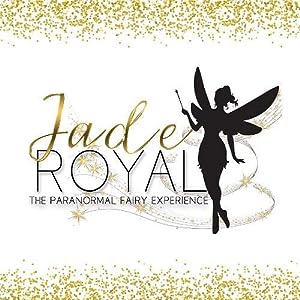 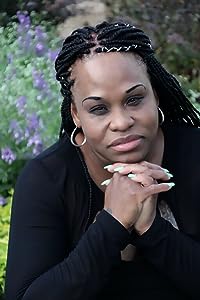 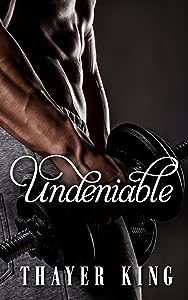 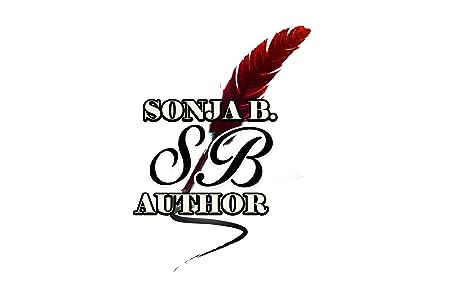 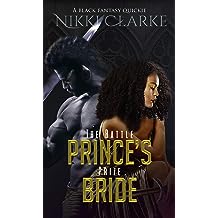 The Battle Prince's Prize Bride Nov 5, 2020
by Nikki Clarke , L.M. Byfield
( 26 )
$0.99
A warrior’s fate isn’t determined by what he holds in his hands. I’ve always believed this, even as I take up a sword in a contest of princes that will determine who will be king of our lands. It’s a prize that many covet, including my brother who wants the throne more than any I know and is the last person who should have it. I don’t even want to be king, but I’ll do it just to keep it from him, and that’s all that matters until I’m gifted the most beautiful woman I’ve ever seen.

Benta comes as a wonder in the Matching, a ceremony to determine the mates of me and my fellow battle princes. She’s not like the other prizes. First, she’s human, not a simpering Worsi or snooty Piki. She’s also a fierce woman who’s full of surprises, any of which could tear us apart.
Read more 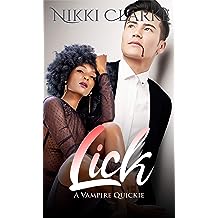 Lick: A Vampire Quickie May 29, 2020
by Nikki Clarke , L.M. Byfield
( 24 )
$0.99
With a best friend who's a vampire, Simone isn't a stranger to the fanged life, but that doesn't prepare her for meeting her new boss or what happens when he mistakes her for his dinner.

Lick is a standalone but has spoilers for Taste: A Vampire Quickie, so you may want to read Taste first.
Read more 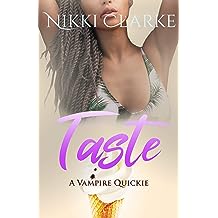 Taste: A Vampire Quickie Jul 13, 2019
by Nikki Clarke , L.M. Byfield
( 19 )
$1.99
Li is nearly two-hundred-years-old. A vampire with no knowledge of how she came to be or who made her, she's resigned herself to a life of careful indulgence. She likes them sweet, and she makes sure they taste that way. Still, she wonders if there is someone who can give her what she really wants--companionship and relief from a future of eternal emptiness. And if there isn't, maybe she'll just make him.
Read more 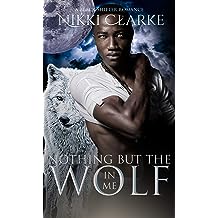 Nothing but the Wolf in Me Nov 15, 2020
by Nikki Clarke , L.M. Byfield
( 57 )
$2.99
Valeena is on the run. Except she's not running anymore. She's managed to do the impossible, escape from her sociopath brother and hide away on the outskirts of a nice, sleepy mountain town.

It's just her, her kinda-neighbor, Bob (not his real name because she doesn't do names), and the small arsenal she keeps stashed in her cabin, just in case. That is until one snowy night an injured dog (wolf?) finds its way to her front porch offering companionship, an uncanny knack for being able to unlock and relock doors, and a habit of disappearing.

Even more unexpected is the intense, insanely hot dude who shows up claiming ownership of her new puppy only to sweep her into the kind of passion she thought had no place in her life. He also brings his own secrets, a hint to her lineage, and a demand that she trust him to keep her safe.

***THIS IS A STANDALONE BLACK SHIFTER ROMANCE WITH SOME VIOLENCE AND A DELICIOUS LEVEL OF HEAT.***
Read more
Other Formats: Paperback 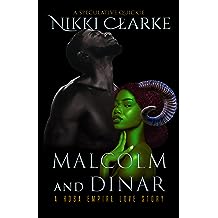 Malcolm and Dinar: A Hosa Empire Love Story Jan 24, 2021
by Nikki Clarke , L.M. Byfield
( 11 )
$1.99
We first met Malcolm and Dinar in Kyr, the first in the Soulmates of Somii series. Now we will finally learn the fate of these two!

Dinar is coming up on the end of her choosing span, when she can freely select her life mate before being committed to the male her parents have chosen for her. For all of her playing hard to get, she can't deny that there is something about Malcolm that draws her in and makes her want to give him a chance. And now that Malcolm knows his shot might be lost forever, he's determined to show Dinar that they are meant to be.

***THIS IS A STAND ALONE NOVELLA THAT CONNECTS TO THE SOULMATES OF SOMII AND LYQA PLANET LOVERS SERIES. IT CAN BE READ ALONE OR BACKSTORY CAN BE OBTAINED IN KYR AND QIM.***
Read more 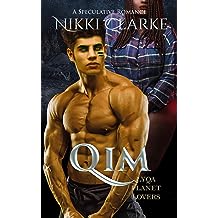 Qim (Lyqa Planet Lovers Book 5) Jun 15, 2020
by Nikki Clarke , L.M. Byfield
( 37 )
$2.99
Half-Lyqa and half-Yuk, Qim has the best of both worlds—the brute strength of his father’s people and the kind, compassionate nature of his mother’s. He also has a First heart, which identifies his biological mate, Cris, while he visits Earth. After a traumatic first introduction, he finally sees her again, only to have a lurking danger force them back to Lyqa and the waiting judgement of his fight first ask questions later older brother, who has always wished Qim was less Lyqa and more Yuk. Faced with the pressure to protect his lehti, Qim has to decide which part of him will keep her safe without driving her away.

This is book five of the Lyqa Planet Lovers Series. Read the others first, or enjoy this one on its own.

**Trigger Warning***
This book addresses the topic of domestic abuse. There are no depictions of women being physically abused, but there are references to the very real abuses that women suffer at the hands of their partners.
Read more 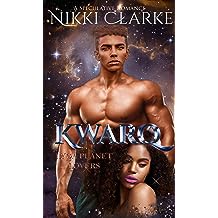 I only came to this planet for a scavenger hunt, a ridiculous child's game, arranged by my twin brother to celebrate our birthday. From the moment we step from our pod, I'm not impressed. Humans are kind of miserable, which is hard for a species like mine that thrives on giving and receiving pleasure. This makes it even more shocking when I catch the sweet scent of the woman on the bus. The flashing glimpse of her beautiful, brown face beneath a halo of curling hair. If I were a foolish, I would deny that the woman of my heart could exist on such a planet, but I am not a fool. No, from the moment I see her, I am a Lyqa on a mission. And I'm not leaving this planet without her.
Read more
Other Formats: Paperback 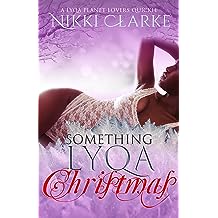 Something Lyqa Christmas (Lyqa Planet Lovers) Dec 24, 2020
by Nikki Clarke , L.M. Byfield
( 12 )
$1.99
It's Dwal Sai on Lyqa, the time when families get together in love and celebration and to weather out a days' long planet cleansing storm. As S'wad prepares to spend the holiday alone, he runs into a human woman who brings unexpected joy and unexpected danger to his lonely life.

***THIS IS A STANDALONE, SLICE OF LIFE HOLIDAY NOVELLA. IT'S A QUICK, INSTA-LOVE FIX. It does not have to be read in order with the other Lyqa series.***
Read more 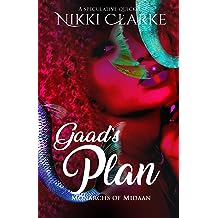 Gaad's Plan (Monarchs of Midaan Book 1) May 8, 2019
by Nikki Clarke , L.M. Byfield
( 15 )
$0.99
Suah is trying to get back something she lost. Gaad is trying to get something that was taken from him. In their search for the truth, will they find each other?

This is a sweet, little mermaid short.
Read more 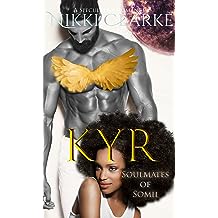 Kyr (Soulmates of Somii Book 1) Jun 24, 2019
by Nikki Clarke , L.M. Byfield
( 29 )
$2.99
After seeing how happy his cousin is with his human, Kyr has come back for Ebony. But she isn't a scared human woman on an alien planet anymore. In fact, she's got an impressive intergalactic job and seems to be doing everything she can to get into as much trouble as possible, sending Kyr's new feelings into turmoil. He needs to keep her safe, but will she let him get close enough to do it?

This is the first in the Somii Soulmates Series, a spin off the Lyqa Planet Lovers. Enjoy!
Read more 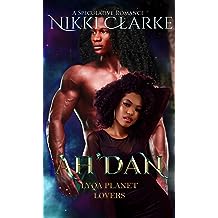 Ah'dan (Lyqa Planet Lovers Book 4) Nov 4, 2019
by Nikki Clarke , L.M. Byfield
( 78 )
$3.99
Left by his soulmate and forced to watch his brothers build lives with their true loves, Ah'dan finds new promise in the beautiful eyes of a human woman, Niya. Still bound to his lehti for life, Ah'dan hopes he isn't too broken for another kind of happiness. But when your heart isn't really yours, can you ever truly give the woman you love what she deserves?
Read more
Other Formats: Paperback 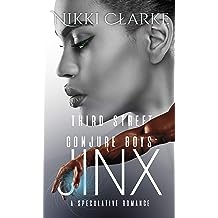 Third Street Conjure Boys: Jinx Mar 9, 2020
by Nikki Clarke , L.M. Byfield
( 26 )
$2.99
Jinx:
We are of gods and men. We're magic, but we aren't magicians. We're ancient deities, all the things anyone has ever believed in, new and old. We're real and we're here, walking among you. Some of us are more special than others. Some of us hold the key to immense power and the ability to bestow it on others. Risers are hailed and hunted, wanted for the blessings they can bestow, and not always for good. From the moment I see my riser, the only woman who can help me attain maximum power in my human form, I know I want her, or at least I want what she can give me.

This is the first installment of the Third Street Conjure Boys series.
Read more