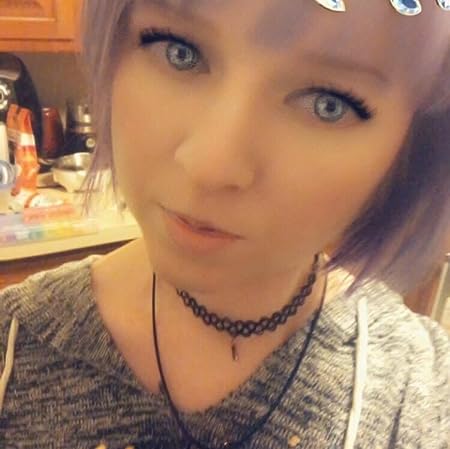 Nikki Haase is a self-published author who uses the alphabet to help readers hallucinate into other worlds, leaving this one behind if only for a moment. Besides writing, Nikki enjoys reading, dyeing her hair unnatural colors, and procrastinating. If all else fails, she can usually be found cuddling with her hyperactive dog, Kira, and watching paranormal videos on YouTube. With an unhealthy love for coffee and tea, she truly does turn caffeine into books. 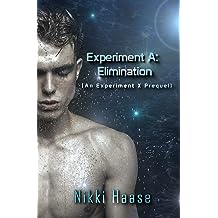 Experiment A: Elimination Aug 31, 2021
by Nikki Haase
( 4 )
$0.99
Jack Cortex is a hydrokinetic super-soldier, created by the United States government. At seventeen, he still only knows the inside of the Lab and the horrors it contains within its walls. Jack has lived at this facility for nearly his entire life, training alongside other Elemental super-soldiers—or Subjects—to become the perfect weapon. The weakest of them are disposed of through rounds of near-constant torture and fights that lead to death. Jack and the others are told that this is for the best, that the outside world is full of horrible, evil people. If they are not the deadliest soldiers to walk the streets they will not survive, and they will not be able to save those that they were created to protect.
Conversations of a new form of eliminations begin circulating throughout the cells in hushed, terrified whispers. The rumors are confirmed when Doctor James Thaddeus begins picking off the Subjects himself, seemingly at random. Those that survive the execution rounds are forced to kill each other in bloody battles.
Jack Cortex and his friends know one thing for certain: they have to survive.
By any means necessary.
Read more 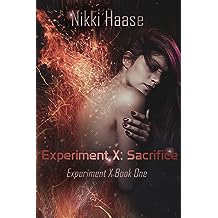 Experiment X: Sacrifice Aug 20, 2015
by Nikki Haase
( 23 )
$1.99
Karen Turner lived a normal life until Jack Cortex showed up. He tells her that there’s a government facility that houses an army of super soldiers known as the Subjects of Experiment X and Experiment A. Jack soon unveils to Karen that she is a key part to it all, and that the head Lab Coat—Doctor James Thaddeus—is after her. Karen knows that Jack is dangerous, and she knows he’s capable of murder, but he’s the only person who can help unlock what’s been hidden inside of her for nearly twenty-two years. Now the only thing that will keep Karen's loved ones safe is to help destroy the very thing that created her.

A vengeful fire burns deep within her and she must take down the Lab if she wants to keep the last remaining strands of her sanity.

She only needs to make it out alive.
Read more
Other Formats: Paperback 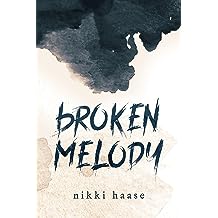 Broken Melody Jul 19, 2020
by Nikki Haase
( 9 )
$2.99
I think a demon lives in me.
Her name is Sunshine and she wants the numbing chemicals of cocaine. She craves the sweet, disgusting taste of heroin and the sharp flavors of crystal meth.
We’re often told that drug addicts are lowly humans that drop out of school, can’t hold down a job, and they always come from a life of abuse and pain.
I have friends who love me, parents who care about me, and a beautiful girlfriend who I adore. I was a straight-A student in high school. I was at the top of my class.
I’ve been getting high since I was a kid to self-medicate mood swings that feel like whiplash on a good day.
And I’ve messed up.
Big time.
Now, I owe the biggest dealer in town thousands of dollars!
If he finds me, I’m dead. I can’t get the money and I can only hide out for so long.
I have to get sober so I can get my head straight and figure this out.
All I need is one more hit.
Read more
Other Formats: Paperback 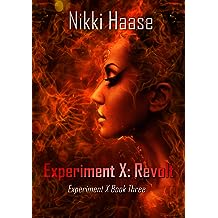 Experiment X: Revolt Dec 14, 2018
by Nikki Haase
( 8 )
$2.99
Nothing will stop Karen Turner this time. Doctor James Thaddeus is attacking her once peaceful hometown; he's bombing beloved landmarks, killing hundreds of innocent people, and smearing the names of Karen and her friends. Karen now has complete control over her Fire Element powers, and she is more determined than ever to burn the infamous Lab to the ground once and for all!
Jack Cortex, her best friend and mentor, once again steps up to the plate, splitting a large group of the super-powered Subjects into teams with a plan to finally gain their freedom—and keep it. Karen knows that if the Lab—and Thaddeus—aren't destroyed for good this time, the other Subjects of the Experiments will continue to be abused and tortured until they take their last breaths. Doctor Thaddeus thinks he’s safe, but she's coming for him.

Not everyone will make it out alive.
The hunter will become the prey.
Read more
Other Formats: Paperback 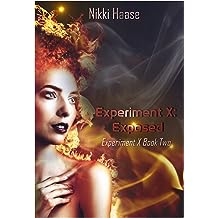 Experiment X: Exposed Feb 18, 2017
by Nikki Haase
( 13 )
$2.99
They were dead! Karen Turner had watched one of them die!
Right after Doctor James informed a brainwashed world that he was accepting volunteers to expand his super soldier army, he just presents the once dead men as Captains of his army on live TV.
It’s been nearly a year since Karen helped release imprisoned Subjects from the Lab, and the last thing she wants is to see is that horrid ‘Doctor’ create more human weapons to treat like rats.
Shawn Machmon and Karen Turner need answers to what they really are if they're going to attack the facility again and stop Thaddeus.
Although it would be easier if Lab-loyal Subjects didn’t capture them, dragging them back to the Lab like criminals. They’ll just have to take them down from the inside this time.
They can’t let Thaddeus win.