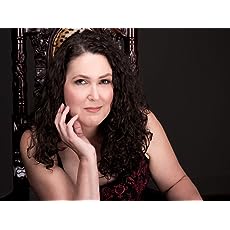 Nikki Nelson-Hicks has been described by a fellow writer as "the unholy lovechild of Flannery O'Connor and H.P. Lovecraft".

She finds that amusing.
Read more 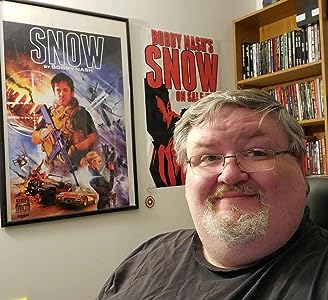 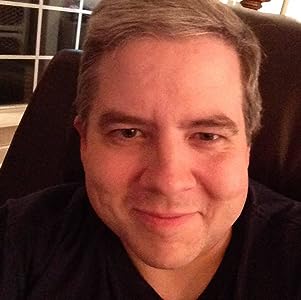 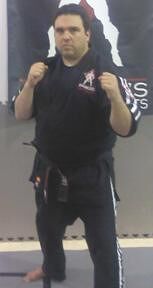 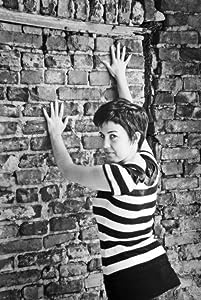 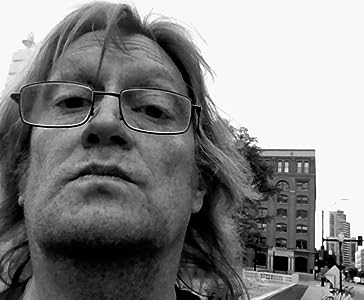 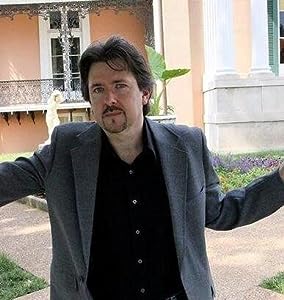 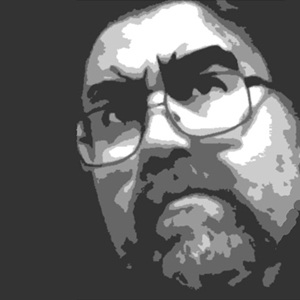 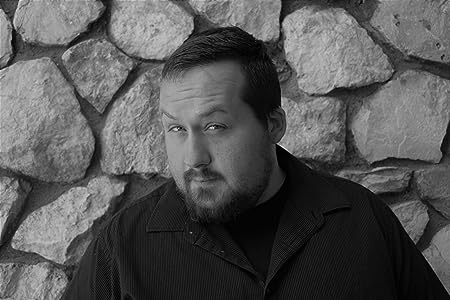 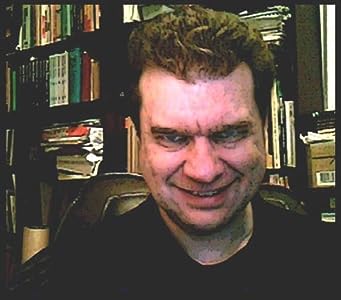 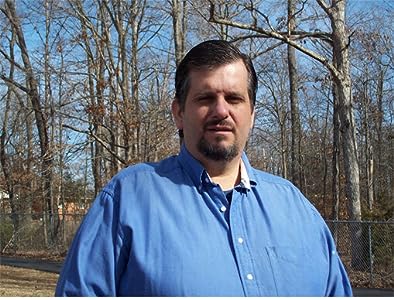 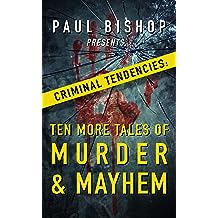 Criminal tendencies lie dormant within the labyrinth of all our psyches. Most of us keep them firmly repressed. But what about those individuals who choose to follow their darker impulses?

If the dark side of life is your beat, or if your own criminal tendencies are barely restrained, read on... 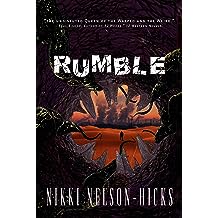 Rumble Jul 28, 2019
by Nikki Nelson-Hicks
( 1 )
$3.68
BE CAREFUL WHERE YOU DIG…There is something very wrong in the Gobi Desert at the natural gas mining camp, BST147.Two weeks ago, satellite photos showed a thriving operation.Two days ago, a war zone.That’s where the Stonecipher Tactical Security team comes into play. Hired to do a simple search and rescue, the situation quickly turns when the sun goes down and the team is attacked by creatures from above and below. To say nothing of the other dangers lurking all around them: a wild man whose flesh is carved with arcane symbols, Eco-terrorists and, most dangerous of all, an office bureaucrat with a clipboard.It’s going to be a long night.
Read more
Other Formats: Paperback 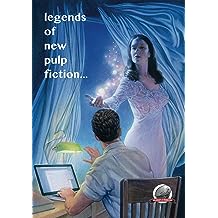 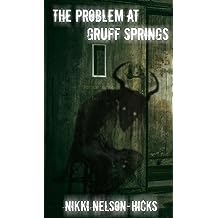 The Problem at Gruff Springs Apr 29, 2018
by Nikki Nelson-Hicks
( 2 )
$2.99
“In The Problem at Gruff Springs, Nikki Nelson-Hicks melds the visceral action of Bone Tomahawk with her own unique brand of pulp horror, offering an exciting new voice for fans of the Weird West genre.” – Todd Keisling, author of Ugly Little Things and The Final Reconciliation

Allan Pinkerton has been tasked by President Grant to recover Confederate gold stolen by a group desperate to fuel the fires of the Lost Cause. An intercepted telegram leads Pinkerton and Agent Sigerson to the town of Gruff Springs, a once lawless bump in the desert that is now a luxurious spa with miraculous water cures.

In spite of the baths, something smells wrong.

Allan Pinkerton isn’t leaving town until he finds out what.


“Gruff Springs proves why Nelson-Hicks is the undisputed Queen of the Warped and the Weird.” – Paul Bishop, author of 52 Weeks * 52 Western Novels. 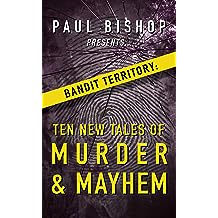 Bandit Territory is a place you don’t go unless you are alert, armed, and have plenty of backup.

There is plenty of bandit territory in corporation boardrooms, political campaigns, or high stakes poker rooms—a place where the rules don’t apply, where the knives come out, and fortunes and lives can be destroyed in a heartbeat. The most dangerous bandit territory, however, is in the mind.

This deviant and deadly psychological bandit territory is also where crime and mystery writers thrive. It is here they hatch plots, dare to think the thoughts others would find abhorrent, and ask ugly questions of themselves and their characters. 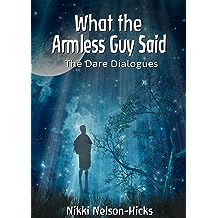 What the Armless Guy Said: The Dare Dialogues Mar 4, 2018
by Nikki Nelson-Hicks
( 2 )
$0.99
Permit me to introduce, Travis Dare. He comes from a long line of people who are tasked with the duty of helping the dead. Whether the dead want help or not.

His current job was a simple one: find the wandering soul of Tobias Ellison, a father who died heroically saving his family, and send him to the Other Side.

Except the truth isn't what everyone thinks it is.

Travis Dare has to discover the truth and help Ellison cross over. 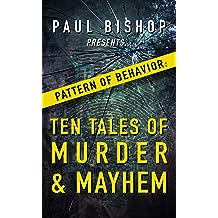 Bestselling author and crime fiction expert, Paul Bishop brings together ten tales of murder and mayhem from the devious imaginations of both top crime writers and the genre’s rising stars.

Filled with unforeseen twists and turns, these tales range from dark to deadly, each one designed to snatch your breath away. 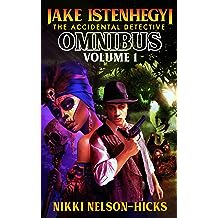 In this volume, you’ll be immersed in a world where ghosts are real, an undead Voodoo Queen wants you dead and the swamp holds friends and foes. Oh, and zombie chickens.

Book 1: A Chick a Dick and a Witch Walk into a Barn –
An envelope of money and a case to find a love lost scion, leads Bear Gunn to a shack int the swamp where he disappears. Jake Istenhegyi, landlord and Bear’s part-time partner in crime must find out what happened before the bodies pile up.

Book 2: Golems, Goons and Stone Cold Bitches
A beautiful dame lies dead at the foot of the stairs and a mysterious package that everyone is willing to shed blood over. A typical day at the Barrington Gunn Detective Agency. With a twist. Not everyone is human.

Book 3: Boodaddies, Bogs and a Dead Man’s Booty
A chance to get out of debt to the shady owners of the Odyssey Shop offers freedom to Jake Istenhegyi. If he can survive. 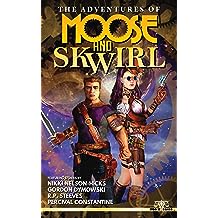 The Adventures of Moose and Skwirl Nov 9, 2015
by Nikki Nelson-Hicks , Gordon Dymowski , R. P. Steeves , Percival Constantine
( 2 )
$2.99
Trouble happens everywhere in the universe. Any time. Any place. And to make sure whatever cockeyed balance exists is kept, the universe takes care of itself. Some ethereal cosmic force assigns special individuals to the unpredictable, unrewarding, and usually life-threatening task of Troubletaking, being in the completely wrong places at the totally right times to hopefully keep everyone… or most everyone from dying. But the universe doesn't trust just one person to do this. No, it works in groups of two.

Stocky, barrel-chested, two-fisted and sarcastic, the being known as Moose stands ready to deliver a soliloquy over the bodies of whoever gets in his way. And Selene Karanova Wirl, Skwirl for short, is seductive, sexy, and wields a sense of humor that could kill almost literally. These two ‘TroubleTakers’ travel space and time very much at random, figuring out whatever issue they are thrown into and then fixing it. In their own unique, usually very destructive, bloody style. The only trick is they often have to keep from killing each other first. 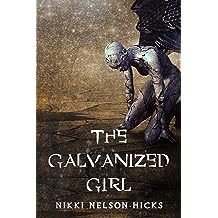 Deliliah Ditch, an orphan and woman with no means, becomes his prototype for the Super Soldier that the Angels want him to build. 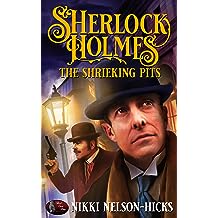 Sherlock Holmes and The Shrieking Pits Apr 13, 2020
by Nikki Nelson-Hicks
( 1 )
$5.13
Dr. John Watson returns home to discover that all of London is in a frenzy because Sherlock Holmes is missing and presumed lost.Watson is approached by a psychical investigator, Ulysses K. Todd and his secretary, Mrs. Dowell, who claim they know what has happened to Holmes: while on an investigation with the pair, Holmes was kidnapped by fairies.What starts out as a frivolous excursion into hunting fairies quickly turns into something more sinister when Watson discovers that the World’s Greatest Detective is on the trail a daring heist and in terrible danger. Holmes must use every skill at his disposal to discover the secret of the Shrieking Pits while deftly maneuvering around ghost hunters and fairy enthusiasts and not add to the body count.
Read more
Other Formats: Paperback 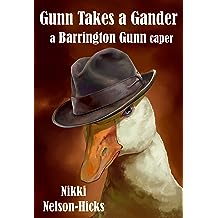 Gunn Takes a Gander: A Barrington Gunn Caper Jan 13, 2018
by Nikki Nelson-Hicks
( 5 )
$1.99
1920's, New Orleans. Barrington "Bear " Gunn is a WWI veteran who decides to live the life of his pulp heroes and open up a detective agency. Unfortunately, the gumshoe business is more about avoiding bill collectors than punching bad guys. Then one day, a terrified musician on the run comes to him for help. A few hours later, Bear Gunn is up to his beltbuckle in voodoo, goons and, oh, yeah....geese.
Read more
Other Formats: Paperback