You've subscribed to The Jerusalem Quartet! We will preorder your items within 24 hours of when they become available. When new books are released, we'll charge your default payment method for the lowest price available during the pre-order period.
Update your device or payment method, cancel individual pre-orders or your subscription at
Your Memberships & Subscriptions
There was an error. We were unable to process your subscription due to an error. Please refresh and try again. 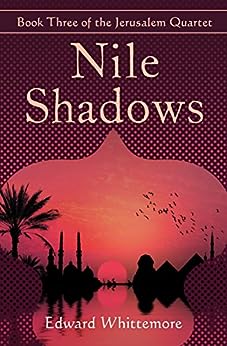 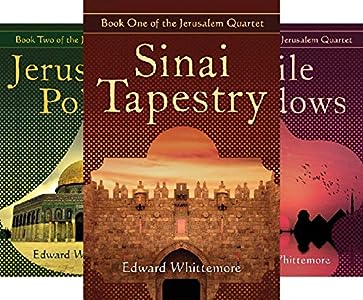 “As heady as Pynchon, as droll as Vonnegut, and as entertaining as Lawrence of Arabia or Tom Robbins on a great day.” —The Voice Literary Supplement
“One of the most complex and ambitious espionage stories ever written . . . by a wave of his storyteller’s wand Whittemore turns the whole operation into an exploration of the options for good and evil thrown up in terrifying times.” —Publishers Weekly
“Tom Robbins? John Irving? Even God Vonnegut—forget ‘em—read Whittemore.” —Jonathan Carroll, author of After Silence and The Land of Laughs

Edward Whittemore (1933­­­–1995) graduated from Yale University in 1955 and went on to serve as a Marine officer in Japan and spend ten years as a CIA operative in the Far East, Europe, and the Middle East. In addition to writing fiction, he managed a newspaper in Greece, was employed by a shoe company in Italy, and worked in New York City’s narcotics control office during the administration of Mayor John V. Lindsay. He wrote the Jerusalem Quartet while dividing his time between New York and Jerusalem.

3.5 out of 5 stars
3.5 out of 5
8 global ratings
How are ratings calculated?
To calculate the overall star rating and percentage breakdown by star, we don’t use a simple average. Instead, our system considers things like how recent a review is and if the reviewer bought the item on Amazon. It also analyzes reviews to verify trustworthiness.
Top reviews

Ahmet Celebiler
5.0 out of 5 stars One of the Great Novels of Humanity
Reviewed in the United States on September 13, 2010
Verified Purchase
I paid $330 for a copy of this book in 1999 and never regretted it, not even when i loaned it to never receive it again. I went on and bought this copy so that i could read it again in 2002, and i am not a rich person (sometimes dumb, but not rich.)

It is a depressing book because of the atmosphere and the feeling that all the characters are at the end of their times, yet full of the wonder of the days of humanity and the desire to live.

History and tragedy and comedy are all intermingled with two old socialite ladies who were originally maids, living on a houseboat and mummies whose dust pervade the dusky atmosphere. People who are wise beyond their status and foolish because of theirs roll in or sneak in, have their say and disappear to sometimes appear in other guises and other vices.

Whittemore grips you, pleases you, makes you both a participant and a ruthless observer, but never a judge or a jury.

You do not take sides when faced with a flood of water or emotion. You accept it for what it is, but always soak youself in it because it is there.

This is not an easy book to read. The terrific style (one must also give credit to Judy Karasik, the editor) is for the reader who enjoys good literature more than the reader who boasts of his speed-reading ability. The characters would be better appreciated by people who have traveled and met and observed other people and other cultures and other locations even if only in books, as long as they have tried to see from their perspective.

Ahmed, the poet manager/receptionist (no blood relation to me), sums it up in the book "Life is a merciless and mysterious arrangement of logic for a futile purpose". Whittemore uses up all three adjectives to excellent effect in Nile Shadows in regard to people, their actions and world events: merciless, mysterious and futile.

Katherine Howard
5.0 out of 5 stars Intriguing
Reviewed in the United States on November 13, 2013
Verified Purchase
These books are not for everyone by a long shot.. But if you enjoy a book that seems to not fall into any defined genre, and seem a bit "quirky" then you will love this four book series.
Read more
One person found this helpful
Helpful
Report abuse

Blair B. Macinnes
5.0 out of 5 stars Brilliant
Reviewed in the United States on May 20, 2014
Verified Purchase
Whittemore's Jerusalem quartet is a funny, moving, bawdy, brilliant love song to the middle east. Completely non linear it may not be everyone's cup of tea. It requires some work from the reader, but I will r ear this series again and again.
Read more
One person found this helpful
Helpful
Report abuse

Michael Walsh
5.0 out of 5 stars BACK IN PRINT !
Reviewed in the United States on October 10, 2002
Verified Purchase
Old Earth Books will be reprinting this and the other 4 Whittemore novels. Google the web for "Edward Whittemore".
Read more
4 people found this helpful
Helpful
Report abuse

Willie the Shoe
1.0 out of 5 stars For others not for me
Reviewed in the United States on June 11, 2015
Verified Purchase
Could not get into this book.
Read more
Helpful
Report abuse

Ian P. Mchugh
5.0 out of 5 stars Magnaminity
Reviewed in the United States on September 16, 2005
If you've heard about Whittemore from one of his fans you've probably heard it all already. In fact, the 'all' can usually be summed up in two or three phrases: 'Unknown,' 'Unrecognized' and/or 'unappreciated genius.' I am not here to argue against these sentiments but I will just say that there is a logical inchorency here that may be cleared up if we say that he is known but not known enough; that he is recognized but his recognition must spread beyond his small but growing legions of fans; that he is appreciated but hitherto he has been appreciated by far far too few. Furthermore, the quality of Whittemore being a genius limits him, I think, to just the usual stylistic tropes of that appalation. I don't think we would usually call someone an emotional genius or a genius of virtue although perhaps we should. For Whittemore is something more beyond his mastery of evocative language and his plethora of great characters. There is a quality of Whittemore's work that Kenneth Rexroth observed is lacking even in many of those novels we would often call 'great.' That quality is 'magnaminity.' It's there in the great Chinese novels such as the 'The Story of the Stone' and it's there in Ford's 'Parades End' and (although I can't remember if Rexroth says this himself but I do believe it to be the case) it's there in Tolstoy. And it's certainly there in Whittemore.
Read more
5 people found this helpful
Helpful
Report abuse

Shawn W. O'Connell
5.0 out of 5 stars Beautiful melancholy.
Reviewed in the United States on February 1, 2008
The books written by Edward Whittemore are not for everyone but his style appeals to me and the humanity in each of the five books are as beautiful as they are heart breaking. It is a shame that this author passed before he could continue writing.
Read more
2 people found this helpful
Helpful
Report abuse
See all reviews
Back to top
Get to Know Us
Make Money with Us
Amazon Payment Products
Let Us Help You
EnglishChoose a language for shopping. United StatesChoose a country/region for shopping.
© 1996-2021, Amazon.com, Inc. or its affiliates