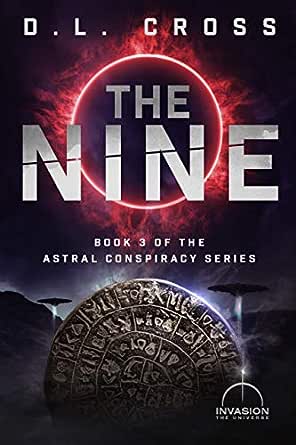 You've subscribed to Astral Conspiracy! We will preorder your items within 24 hours of when they become available. When new books are released, we'll charge your default payment method for the lowest price available during the pre-order period.
Update your device or payment method, cancel individual pre-orders or your subscription at
Your Memberships & Subscriptions
There was an error. We were unable to process your subscription due to an error. Please refresh and try again. 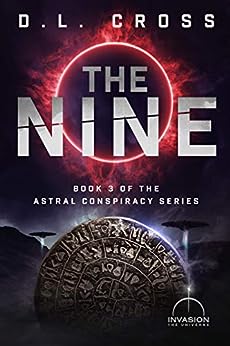 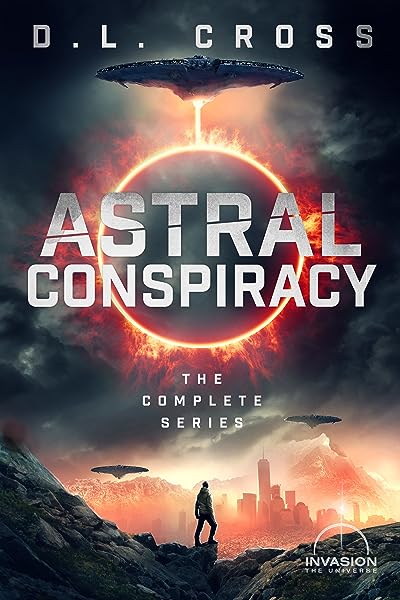 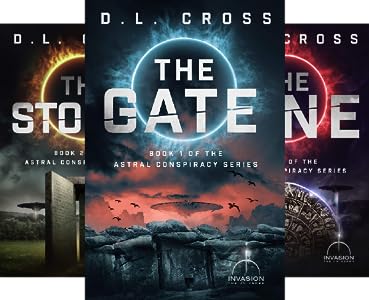 D.L. Finn
5.0 out of 5 stars The thrilling pace hasn’t slowed down one bit in “The Nine.”
Reviewed in the United States on August 24, 2020
Verified Purchase
I’m really enjoying the Astral Conspiracy Series. The thrilling pace hasn’t slowed down one bit in “The Nine.” Landon Throne is a fantastic character who is at the center of the story and key to helping humanity. His flaws, abilities, and inner conflicts make him very real, and I can’t help but root for him. There’s more insight into the aliens. I was particularly fond of one and can’t wait to read more about the alien in future books. One storyline was chilling and cruel. I yelled at one point, which shows how well Ms. Cross creates believable characters that I care about. The Nine reminded me of the current conspiracy climate. Full of action with well-written exciting ongoing stories, this makes for a compelling page-turning read. I can’t wait for book four to see what happens next.
Read more
3 people found this helpful
Helpful
Comment Report abuse

Mae Clair
5.0 out of 5 stars Another winning entry in a great series
Reviewed in the United States on August 24, 2020
Verified Purchase
D.L. Cross delivers another pulse-pounding entry in the Astral Conspiracy series. By now, the Astrals (aliens) have made their presence known on Earth and haven’t been shy about abducting humans. Landon Thorne, one-time discredited professor, is the single person who may be able to decipher how overcome them. But as Landon struggles to understand ancient artifacts contained in “the vault” others—including members of his own team—stand in the way. Alien tech comes into its own with the reader learning more about the Titans, Reptars, and Mullahs. The science-fiction aspects are cleverly presented, and the plot intricately layered through several simultaneous story arcs that shift between the U.S. and Iceland.

As in the first two books, Cross gives us characters to cheer for, others who will make your skin crawl, and those who straddle a world of grays. There are scenes that made me squirm, including a character arc I found difficult to read and had to skim. It’s a skilled author who knows how to write scenes so vividly as to evoke such emotion. The continuation of plot held me riveted, and once again, scenes end in constant fast-forward making the book impossible to put down. This is a writer who knows how to deliver a powerhouse story. I can’t wait to see what happens in book 4!

Bookworm 92
5.0 out of 5 stars The Action Continues...
Reviewed in the United States on September 5, 2020
Verified Purchase
The Nine is the third book in D L Cross’s Astral Conspiracy series. By this time, the aliens are making themselves known and humans are endeavoring to save the world as we know it. If they can agree among themselves…

I was saddened over the death of some characters, angry over the actions of others, and wanted to take revenge on more than one. There were a few surprise twists, and like the other books of the series, I kept turning the pages.

I’m usually not fond of serial stories, as I like satisfactory endings to each book, but this series is well worth the read. I look forward to seeing what happens in book four.
Read more
Helpful
Comment Report abuse
See all reviews