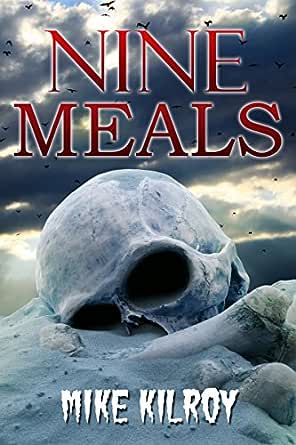 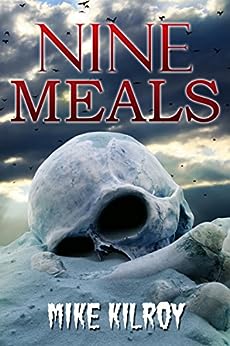 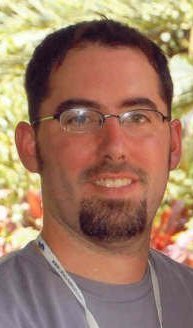 From the get-go, "Nine Meals" by Mike Kilroy is entertaining and impossible to put down because of all the plot twists. - Book Beast
The sci-fi story's characters are well drawn and contain enough moral conflict in a post-apocalyptic world to bring the reader right into their heads. And I didn't want to leave until their plot lines were resolved and the world was adjusted to its new normal. - Herald-Star online
Reminiscent of Cormac McCarthy's "The Road," but with more depth and much more suspenseful, "Nine Meals" is going to delight both fans and non-fans of the genre. - New York Book Pundit
What other readers are saying about the Amazon #1 Best Seller in Science Fiction:
Anyone who loves smart apocalyptic fiction will be in their glory with "Nine Meals." ★★★★★
"Nine Meals" is a terrific read for a stormy day when you can swallow it whole and lick your fingers on the dregs.  ★★★★★
There is cynicism regarding the human condition, but also a pungent message of trust in the human capacity to be good. If a book can send a message about the inner-workings of society and the individuals, then you know it has historical significance and it's not just entertainment. ★★★★★
The story is well written and the plot and characters engaging. It's a book you can read in a day and one you will think about once you are done, especially the ending.   ★★★★★
This is not a science fiction story but a very believable future biography of our world. I highly recommend this story, especially if you are a fan of George Orwell.   ★★★★★

3.9 out of 5 stars
3.9 out of 5
203 customer ratings
How does Amazon calculate star ratings?
Amazon calculates a product’s star ratings based on a machine learned model instead of a raw data average. The model takes into account factors including the age of a rating, whether the ratings are from verified purchasers, and factors that establish reviewer trustworthiness.
Top reviews

Becky Lawson
3.0 out of 5 stars Better for readers who don't wander often into this genre.
Reviewed in the United States on June 9, 2015
Verified Purchase
This book will likely appeal more to those who don't read or watch a lot of post-apocalyptic fiction. Much is borrowed from from other sources, whether consciously or not. This is my favorite genre, and I read/watch a lot of it.

On the character development - the main character is a 40-something softie. His wife apparently doesn't care he's having breakfast everyday with a beautiful, young teenage girl she's never met. I really kept expecting him to be a sex offender, but apparently, he's just a nice guy. The bad guy is very one dimensional, no feelings, just goes through the motions of being murderous. The girl, in spite of her entire family being dead is very perky and winning and smiles a lot.

On detail - at one point, he and the raven haired beauty he's traveled alone with but never touched in an unseemly way are living with a group of people, and he comes home achy and tired from a long, hard day of hydroponic farming. Why would he be so tired? I don't know anything about hydroponic farming, so some details would have been nice. The teenager falls in love with a boy she's forbidden to be with. The reader is continually told she's in love, but that's it. We just get told. There are huge jumps in time, but the author barely even notes it. A simple, "after 4 months of travel" would have helped a lot.

The worst part was, that I never really cared about any of the characters. Even the murderous bad guy was poorly written, and as bad guys go, they're often the most interesting. There was only one character, a doctor turned law keeper who held my interest, but he was featured only a short time. The rest of the characters were were just paper cutouts you were supposed to care about simply because the author said you should.

Even though I found much of the novel to be predictable, for some reason, I just kept reading, and I'm not sure why. Curiosity, I suppose, as to why it was called Nine Meals. That is something that should have been revealed much earlier. I was over halfway through the book when this came to light.

The first 2/3 of the book was compelling enough to keep me reading in spite of lack of character development and detail. That is where he should just have just stopped, but the last 1/3 of the book is from the raven haired beauty's point of view and is just flat out boring. Her goal has been to find Halcyon where her brother was, and I'd hoped it didn't exist just so the book would have a bit of surprise to it. I was disappointed there too.
Read more
3 people found this helpful
Helpful
Comment Report abuse

Schutzenschnurr
5.0 out of 5 stars Wouldn't Even Take Nine Meals
Reviewed in the United States on November 28, 2014
Verified Purchase
Well written, well edited; a couple of the usual homophone issues and the occasional sentence fragment here and there, but not many and not distracting. Excellent character development; interesting to see their perspectives mature and how they adapt to the harsh circumstances of the world as it is now. The narrative flows well and smoothly, the dialogue is realistic and believable. No plot holes or continuity issues; only suspension of disbelief difficulty was with the nature of the event - wouldn't a solar electromagnetic event of sufficient intensity to take down the power grid also wipe out most/all unshielded solid state electronics?

Minor complaints aside, this is a well crafted EOTWAWKI tale; it has all the things you'd expect and number of things you wouldn't. It's not different-different, but it is different enough. Just when you think you've got it all figured out, it turns out you haven't. The author serves up a number of surprises and twists and very neatly reveals all the connections and ties up all the loose ends.

This tale provides a number of useful object lessons:

* Never tell anyone you have a shelter.

* Ensure that your shelter is constructed in such a manner as to preclude its compromise in the event of fire/explosion/destruction of the above ground structures.

* Store firearms and ammo IN the shelter.

* Be armed and situationally aware every time you leave the shelter.

* Don't gloat; don't give an expositional statement of vengeance or revenge - kill your nemesis as expeditiously as possible.

Though this is a stand alone work, I would very much like to see more of this universe. A real good read - highly recommend.
Read more
2 people found this helpful
Helpful
Comment Report abuse

DJH83
5.0 out of 5 stars A great take on the PA genre.
Reviewed in the United States on April 27, 2015
Verified Purchase
I was pleasantly surprised by this book, this is one of the best post-apocalyptic (PA) books I have ever read. My 2 biggest gripes with the PA genre is that they tend to be too predictable and too thin on character development. But Kilroy, kept me guessing all throughout this book. I can't go into too much detail (for lack of spoiling the book), but there are a few major plot twists in this book that you don't see coming. In terms of character developments, they are fully fleshed out and have depth to them. You care about all of the characters in this story, and you witness their growth, both for the better and for the worse. The last thing that is worth noting, is that this book jumps around in time, and Kilroy handles the changes in time masterfully and seamlessly. A lesser author could have driven the story line into confusion, but Kilroy handles flashbacks effortlessly, and the story just becomes that much richer and deeper because of the flashbacks. If you love PA fiction, or honestly, even if you don't, I think you will enjoy this book. Kilroy is a talent, and I look forward to reading more by him.
Read more
One person found this helpful
Helpful
Comment Report abuse
See all reviews from the United States

trail
4.0 out of 5 stars Four Stars
Reviewed in the United Kingdom on September 7, 2015
Verified Purchase
I enjoyed this one although the ultra bleak storyline may not appeal to all
Read more
Helpful
Sending feedback...
Thank you for your feedback.
Sorry, we failed to record your vote. Please try again
Report abuse

P A Richardson
4.0 out of 5 stars Enjoyable read
Reviewed in the United Kingdom on March 27, 2015
Verified Purchase
Pretty good and realistic story, a lot of dark but reads very well. Would read another book by this author.
Read more
Helpful
Sending feedback...
Thank you for your feedback.
Sorry, we failed to record your vote. Please try again
Report abuse

antony packham
5.0 out of 5 stars Five Stars
Reviewed in the United Kingdom on January 14, 2015
Verified Purchase
Different take on the subject , but really enjoyed
Read more
Helpful
Sending feedback...
Thank you for your feedback.
Sorry, we failed to record your vote. Please try again
Report abuse

Mark
5.0 out of 5 stars Great read!
Reviewed in Canada on February 5, 2017
Verified Purchase
I think the book depicts human nature quite well, for the best and the worst. Also, the switch between two characters as the "main character' part was suprising and refreshing.
Read more
Helpful
Sending feedback...
Thank you for your feedback.
Sorry, we failed to record your vote. Please try again
Report abuse