You've subscribed to The Jack Leightner Crime Novels! We will preorder your items within 24 hours of when they become available. When new books are released, we'll charge your default payment method for the lowest price available during the pre-order period.
Update your device or payment method, cancel individual pre-orders or your subscription at
Your Memberships & Subscriptions
There was an error. We were unable to process your subscription due to an error. Please refresh and try again. 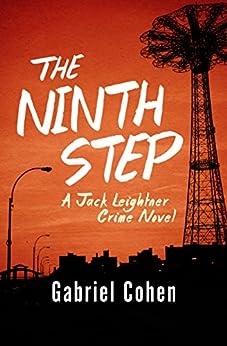 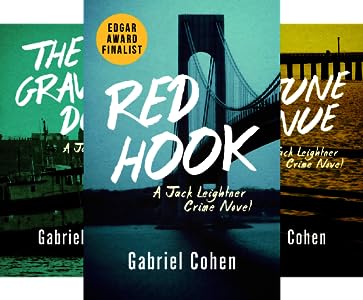 “Fast action and multiple plot lines make this fourth Jack Leightner mystery . . . an engrossing read, but don’t get too comfortable because Cohen is a master at misdirection. . . . Cohen captures Brooklyn and its people in this tale of then and now.” —Library Journal

“At a time when some of the older masterful cop writers, like Ed McBain, are dying or just fading away, Cohen’s appearance comes as a relief and pleasure.” —The Washington Post

Gabriel Cohen’s debut novel, Red Hook, was nominated for the Edgar Award for Best First Novel. He wrote three more mystery novels featuring Brooklyn South Homicide Task Force detective Jack Leightner: The Graving Dock, Neptune Avenue, and The Ninth Step. He is also the author of Boombox, a novel, and Storms Can’t Hurt the Sky: A Buddhist Path Through Divorce. He teaches in the writing program at Pratt Institute and loves living in Brooklyn, whose spirited, incredibly diverse neighborhoods provide him with a limitless source of vivid material. His website is www.gabrielcohenbooks.com.

A family tragedy comes back to haunt Jack Leightner in Cohen's less than inspired fourth crime novel featuring the Brooklyn homicide detective (after 2009's Neptune Avenue). In 1965, Jack watched as his 13-year-old brother, Petey, was stabbed to death by an older black teenager, who had demanded that they hand over a case of liquor. Four decades later, the killer, Darnel Teague Jr., who was never caught, shows up at Leightner's front door and confesses to the crime as part of his recovery from alcohol abuse. Darnel further upends the policeman's world by adding that an Italian-American man, a stranger whose name Darnel never learned, hired him to teach the Leightner brothers a lesson. A fresh case—a bludgeoning murder in a deli apparently committed by a terrorist—distracts Jack from trying to identify the man out to get him and Petey back in '65. The truth behind the fatal mugging may strike some readers as a letdown. (June)
Copyright © Reed Business Information, a division of Reed Elsevier Inc. All rights reserved. --This text refers to an alternate kindle_edition edition.
Read more

Laser Point
1.0 out of 5 stars not worth the cost or the time
Reviewed in the United States on May 26, 2016
Verified Purchase
If you accept the idea of a vicious American government persecuting innocent Muslims in the aftermath of 9/11, you may enjoy this book. I don't accept that as factual (see Jose A. Rodriguez "Hard Measures" for a point of view borne of actual experience) but this author has received very good reviews for his other works of fiction so I ploughed through the entire book.
The writing itself is ordinary as is the policeman protagonist and the dual mysteries-one personal, the other professional.
There are so many well written mysteries on the market that it seems a shame to spend money on this one.
Perhaps his other books are better.

Sue S.
5.0 out of 5 stars Good book in more ways than one
Reviewed in the United States on June 8, 2014
Verified Purchase
I am a big fan of mysteries, especially those in series where the reader can get to know the characters. I read the first book of this series as a free book and loved it. I quickly purchased the next three. These books are more than mysteries. The main character is very well developed, and the books are character studies as well as thrillers. Although the mystery is solved at the end of each book, the pieces of the main character's life aren't tied up neatly, and the reader is left wanting to know more. This was #4 and the last one, and I'm wishing for more.
Read more
Helpful
Report abuse

Kindle Customer
5.0 out of 5 stars The Jack Leightner Crime Novels
Reviewed in the United States on May 30, 2016
Verified Purchase
These were the best books I have read this year. They had strong and consistent characterisation and plots. The evocation of both old and new New York City, especially the the borough's was superb.
Read more
Helpful
Report abuse

Alicia Churchill
5.0 out of 5 stars The Ninth Step
Reviewed in the United States on June 6, 2010
Verified Purchase
The Jack Leightner mystery series has consistently delivered a satisfying blend of geographic resonance, historical revelations, and psychological insight. Like Lawrence Block's Matthew Scudder series or Dennis Lehane's Patrick and Angie mysteries, there is a relationship between the changing city and the evolution of the main characters, which is particularly engaging. Reading this series in sequence, starting with Red Hook, is highly recommended.It is worth a trip to the library to track down Red Hook, if you can't find it online. However, The Ninth Step is a stand-alone good read, rich in atmosphere and strong in story.
Read more
One person found this helpful
Helpful
Report abuse