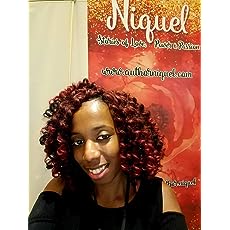 Niquel is a self diagnosed coffee addict, lover of rice and beans, and chocolate--preferably not all together. She's the creator of multiple stories full of love, passion, and power. She may toss in a ghost story every once in a while.

Boston born and raised, she's always been a creative soul: attending multiple colleges to develop her love of the visual arts. 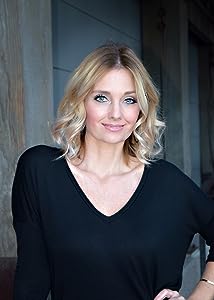 Help us improve our Author Pages by updating your bibliography and submitting a new or current image and biography.
Learn more at Author Central
1 11 1
Previous page
Next page
Titles By Niquel
All Formats Kindle Edition Paperback Sort by:Popularity 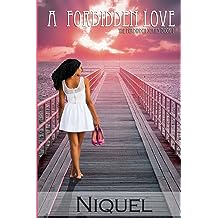 A Forbidden Love (The Forbidden Series Book 1) Mar 10, 2014
by Niquel
( 26 )
$0.99
*Warning* This book is not recommended for readers under the age of 18 due to the use of strong sexual language, adult content, and violent situations. *Newly updated 2nd edition*

Love? What is love? At the age of twenty-four it has been nothing but a cruel joke for Alecia Moore. She’s lost someone near and dear to her, and has endured countless heartache’s ever since. As an artist, she’s learned to cope through her art; it was her only escape from it all. Goal driven-yet optimistic, she continues to wear her heart out on her sleeve, hopeful that she’ll find true love.

Allan Shaw only cared about two things, himself and sex. As a construction worker, he’s built things all of his life except relationships. He was smart, attractive, and at the age of twenty-eight, he knew how to get anything he wanted from a woman.

The two met by chance, and an intense steamy love affair blossomed. After a few short months, they developed strong feelings for each other, and realized there was more to this than just sex.

Everything was going well until, Alecia made one stupid mistake out of a jealous rage after a party. Although she was forgiven, she had no idea how drastically her life would change-the moment that mistake was MADE…
Read more
Other Formats: Paperback 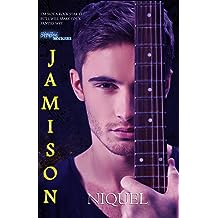 Some people call it puppy love,
But I know the truth.
Even though we were kids, too young to know better,
I knew.
I was absolutely head-over-heels in love with Cody Jamison.
There wasn’t a moment in my life that he wasn’t a part of.
There wasn’t a part of me that didn’t belong to him.
And just as I was about to tell him…
He left.
Left town.
Left me.
Shattering my heart into pieces.
But now, he’s back.
Just like that.
But, we’re no longer those bright-eyed little kids we once were.
He just re-emerged,
Claiming a spot as the lead guitarist in my brother’s band,
As if nothing ever changed.
But it did.
Everything's different now.
And I won't let this asshole strum his way back in,
Reclaiming my heart,
Not without an explanation.
He’s going to have to work for it,
For me.
Cody Jamison can’t have me,
Until I have the truth.
Read more
Other Formats: Paperback 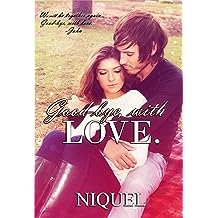 Good-bye, with Love Jan 15, 2016
by Niquel , C.Marie , Lindee Robinson
( 27 )
$2.99
*WARNING* This book is not recommended for readers under the age of 17 due to the use of mature language, adult content, and violent situations. This is a mature YA/Coming of age story; with New Adult theme's.

Have you ever wished you could have something so bad, even though you knew it was forbidden?
Jonathan Gates was just that—forbidden. He was everything I could ever want in a man: charming, a great listener, open-minded, and funny. It also didn't hurt that he was easy on the eyes.

We'd been through a lot together: breakups, makeups, firsts, lasts, and anything else you can imagine. I was once told he was my soul mate, but I refused to believe that.
I didn't want to love him.
I didn't want to fall for him because...he was my best friend!

But I did, and I fell for him hard. I was in love with my best friend, and it was time he knew how I really felt. 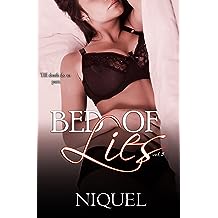 Bed Of Lies Volume 3 Sep 27, 2017
by Niquel
( 20 )
$0.99
I knew I was meant to be his by the look in his eyes.
The man in the suit was mysterious and dark, broken like me.
I should have never been in the clutches of a monster such as Mendoza, but I was finally free. Linc had saved me from his wrath, and I thought I could give him everything he could ever dream of in return for choosing me.
I was horribly mistaken.

The correct page count will be reflected before release day!
Read more
Other Formats: Paperback 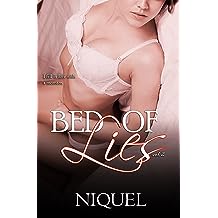 After countless failures and terrible dates, I decided to go online, and that’s where I met him. He was everything I could have ever wanted: sweet, caring, and a true gentleman.

Linc was the epitome of true boyfriend material—until he showed me his true colors. Now I’m fighting for my life in a place unknown; I’d give anything to go back home.


*Warning* This book is not recommended for readers under the age of 18 due to the use of mature language, adult content, and violent situations. The abuse written in this story is graphic and not sugar coated, which could be upsetting to some. This story is NOT for everyone. Proceed with caution. *The file size/ page count listed is not correct and will be updated before release day*
Read more
Other Formats: Paperback 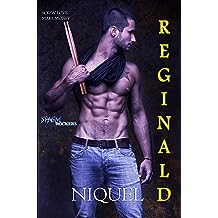 That had become my new motto. I promised myself I wouldn’t get too close to anyone again because it always blew up in my face.
Then I met her, the devil in a pair of six-inch heels. I tried to avoid her like the plague and treated her as if she were made of poison, but she wouldn’t back down.
One night I let my guard down.
One night changed everything.
My bandmates were counting on me. Fame was knocking at my door.
But temptation knocked a little harder and now I may be royally screwed—and not in a good way. 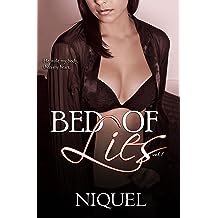 My name is Whitney, and I used to think my old life was mediocre and boring. I thought I was missing out on something exciting. Now that Linc has shown me how dark and twisted life can be, I’d go back in a heartbeat...

*Warning* This book is not recommended for readers under the age of 18 due to the use of mature language, adult content, and violent situations. The abuse written in this story is graphic and not sugar coated, which could be upsetting to some. This story is NOT for everyone. Proceed with caution.
Read more
Other Formats: Paperback 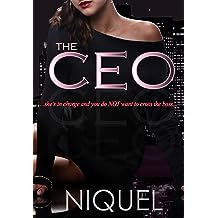 The CEO Mar 21, 2015
by Niquel
( 53 )
$2.99
*Warning* If you're looking for a light hearted love story, this is not it! This book is not recommended for readers under the age of 18 due to the use of strong sexual language, adult content, and violent situations

I will RIP your heart out...

Don’t let the dress fool you. I am the CEO of a billion dollar corporation named Quinn National. I set my own rules and do what I want, WHEN I want. I’ve devoured any male or female that has crossed my path and I refuse to FAIL.

I wasn’t always this hard, so shut off from the world. I actually loved a man once, but I quickly realized that love makes you weak and I don’t DO weak—anymore. I’ve learned three cardinal rules to be successful in life. Number one: Do NOT get attached to ANYONE. Number two: Lock up my heart and throw away the key.

And number three: SEX is power. To keep the power, you do things you’re not always proud of. I’m Sheila Quinn and I’ll show you what it takes to be the BOSS.
Read more
Other Formats: Paperback