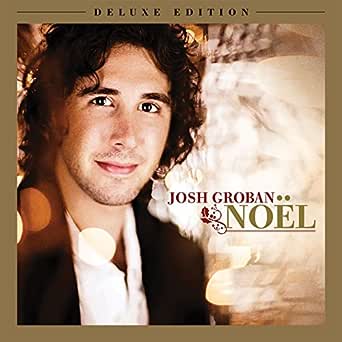 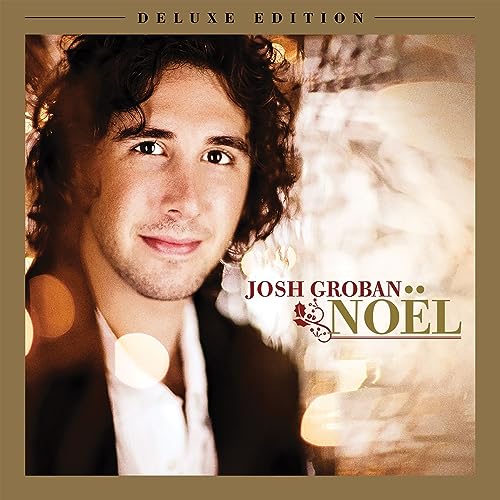 4.8 out of 5 stars
4.8 out of 5
601 global ratings
How are ratings calculated?
To calculate the overall star rating and percentage breakdown by star, we don’t use a simple average. Instead, our system considers things like how recent a review is and if the reviewer bought the item on Amazon. It also analyzes reviews to verify trustworthiness.

Kristin B.Top Contributor: Activewear
HALL OF FAMETOP 500 REVIEWERVINE VOICE
5.0 out of 5 stars A Wonderful Album to Enjoy During the Christmas Season!
Reviewed in the United States on December 1, 2017
Verified Purchase
I love music and I absolutely love to listen to Christmas music. I'm an 80s child but I grew up listening to a lot of the classic artists like Bing Crosby and Nat King Cole as well as modern-day groups like Trans-Siberian Orchestra. I've heard Josh Groban's voice on the radio and love how powerful it is! I didn't own any of his music and saw that the Deluxe Edition of Noel was recently released. His version of "O Holy Night" is what sold me on this album so I ordered the audio CD version since it was cheaper at the time and came with the free AutoRip versions of the songs.

The deluxe edition of Noel contains six more songs than the original version for a total of 19 songs. Many of the songs are traditional songs with some of them being contemporary songs. This album spans about 80 minutes long. The booklet that comes with the audio CD version does not contain the lyrics.

I typically buy a new Christmas CD every year and this one seemed like a great choice for this year! I've already listened to it countless times and I love it! My favorite carol is "O Holy Night" and his version is amazing. Some of my other favorites from this album are "O Come All Ye Faithful," a beautiful song sung with the Mormon Tabernacle Choir and "Happy Xmas (War is Over)." Honestly, I love all of the songs on this album but those are a few of my favorites. Both my mom and mother-in-law like Josh Groban too and I've recommended this album to them. My mother-in-law always hosts a big Christmas party and she likes to play some background music. I felt this one would be a great choice and she was delighted that I told her about this CD!

Robert Hochberg
5.0 out of 5 stars Groban hits it out of the Park- as usual!!!
Reviewed in the United States on December 19, 2017
Verified Purchase
I love Josh Groban! I bought his original Noel CD when it first came out, and was excited for the chance to own the updated version. The new songs are worth the purchase! I have honestly not strayed from this CD in my car stereo since I got it in the mail a few weeks ago. Josh Groban is amazing in general, but the thing I like about this Christmas CD is that he hits a lot of genres instead of just being classical/traditional/contemporary/cute, whatever. So you can listen to it over and over and feel like you are getting a perfect variety.
Read more
7 people found this helpful
Helpful
Comment Report abuse

S.L.S.
5.0 out of 5 stars Yes--Wonderful new Christmas CD!
Reviewed in the United States on November 7, 2017
Verified Purchase
Okay--I have listened to only three tracks off of this and those three versions are now my new favorites! If you love Christmas and are looking for slightly new versions of the classics--this is the CD for you! I can't wait to have the time to listen to the entire CD.
Read more
6 people found this helpful
Helpful
Comment Report abuse

Richard Littrell
5.0 out of 5 stars Excellent as always!
Reviewed in the United States on January 15, 2018
Verified Purchase
The first time I ever heard Josh Groban sing was on a tv show and he had the voice of an angel. The song he sang was To Where You Are and I found myself crying through the song. I knew he was headed for great things and he certainly has done that. I already owned Noel, but I bought this new version because of the added songs and I must say this is an incredible Christmas experience. Josh makes every song he sings his own and you will love his interpretation of each one he sings. Buy it, you won't be sorry!
Read more
One person found this helpful
Helpful
Comment Report abuse

swt
5.0 out of 5 stars THE BEST !!
Reviewed in the United States on November 30, 2019
Verified Purchase
This is THE VERY BEST CHRISTMAS CD ~ We worn out our other one and FOUND THE BONUS CD ORDER IT !! HE HAS NEW CHRISTMAS SONGS ~ YA GONNA LOVE IT !! ~~~~~ Had to switch the very last song ~ was badly messed up ~ had to send it back for a replacement.

Amazon Customer
5.0 out of 5 stars Love Josh Groban
Reviewed in the United States on July 23, 2020
Verified Purchase
I love Josh Grobans Noel. I purchased this CD AGAIN FOR THE 3rd time because i wore out my 1st & gave my
second one to my daughter!!!!!! Love Love Love Josh Groban he adds so much to each & every song he sings
I have all his CDs & saw this wonderful Human Being in person 2 times so i Feel Blessed
Read more
Helpful
Comment Report abuse

Totally Joshed
5.0 out of 5 stars I love it!
Reviewed in the United States on January 18, 2020
Verified Purchase
Of course I love Noel, Deluxe! I'm a Grobanite...I've been following Josh for 20 yrs! I don't know how I missed this cd...I had the regular Noel cd, but not the Deluxe. I'm so glad I found it. I listen to Noel all year long. Thank you!
Read more
One person found this helpful
Helpful
Comment Report abuse
See all reviews

rainbowrod
5.0 out of 5 stars Happy Christmas Josh Groban
Reviewed in the United Kingdom on December 3, 2017
Verified Purchase
I have the original release of this CD which I loved but this deluxe edition has been enhanced by the new recordings which has made the album even better.
Read more
One person found this helpful
Report abuse

Martin. J
5.0 out of 5 stars The stunning Josh Groban
Reviewed in the United Kingdom on November 2, 2018
Verified Purchase
This Guy is my Sanity. Just Pure Liquid Gold
So Mahoosive 5 out of 5 stars
It's a no Brainer #FACT thanks #JOSHGROBAN
Read more
Report abuse

susan watton
5.0 out of 5 stars A must have for this wonderful singer.
Reviewed in the United Kingdom on January 18, 2018
Verified Purchase
It’s a wonder it’s not worn out. I love Josh Groban.
Read more
One person found this helpful
Report abuse
See all reviews