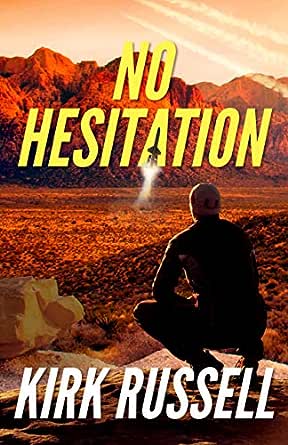 You've subscribed to A Grale Thriller! We will preorder your items within 24 hours of when they become available. When new books are released, we'll charge your default payment method for the lowest price available during the pre-order period.
Update your device or payment method, cancel individual pre-orders or your subscription at
Your Memberships & Subscriptions
There was an error. We were unable to process your subscription due to an error. Please refresh and try again. 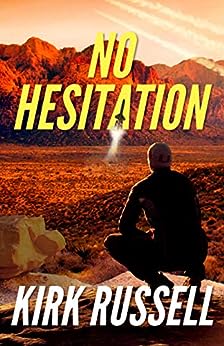 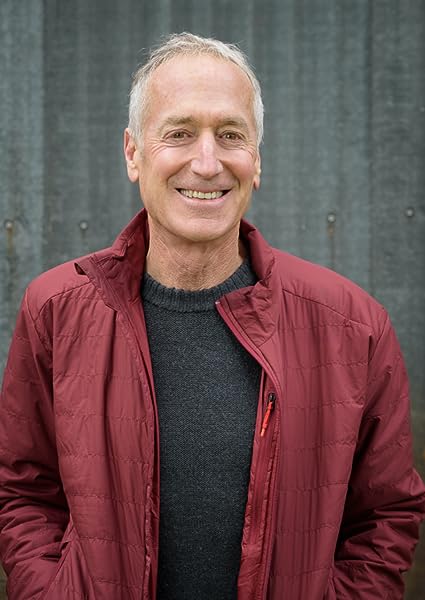 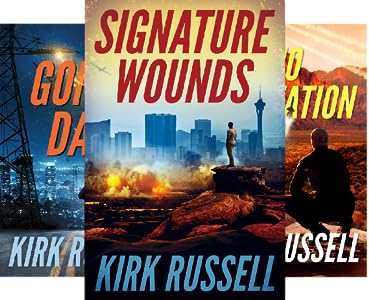 "Vibrating between the quiet FBI calm of another era and an apocalyptic threat, No Hesitation asks one seminal question: Will artificial intelligence kill us all? No Hesitation isn't airport fiction. Elon Musk has rated AI's unintended consequences as mankind's 'biggest existential threat.' I've spent much of my life in conflict zones littered with mankind's unintended consequences. They're the main highway. Kirk Russell paved this one with blind curves and no guardrails. Because there aren't any. His AI, if allowed to metastasize, is some seriously scary shit." --Charlie Newton, author of Privateers

Past Praise for Kirk Russell

"You know as you read this one that you are on to something good. Kirk Russell comes out of the gate with a story brimming with fresh characters and artful prose. Shell Games announces the start of what I think will be a great career." --Michael Connelly, New York Times bestselling author

"With more twists and turns than Lombard Street, Russell's complex plot makes for a pulse-pounding police thriller." --Library Journal on A Killing in China Basin

4.8 out of 5 stars
4.8 out of 5
15 customer ratings
How does Amazon calculate star ratings?
Amazon calculates a product’s star ratings based on a machine learned model instead of a raw data average. The model takes into account factors including the age of a rating, whether the ratings are from verified purchasers, and factors that establish reviewer trustworthiness.
Top Reviews

Michael Sherer
5.0 out of 5 stars Russell Delivers
Reviewed in the United States on May 23, 2020
Verified Purchase
Kirk (Kirk, not Kurt, not Alan, not Bertrand) Russell delivers another solid thriller in the Paul Grale series. I was a fan of the first, quickly growing to like and admire Grale, a methodical, persistent and intuitive investigator. I was an ITW judge who was delighted to shortlist “Gone Dark,” the second in the series.
“No Hesitation” raises the stakes even more, pitting Grale against an old nemesis at the same time groups unknown want to target a military base housing the most advanced AI “entity” yet. All while Grale’s past bomb injuries threaten to end his career.
Russell handles it all with the grace and aplomb of an expert, and sets up the ending as the potential opening of a new chapter in Grale’s life.
A terrific ride. Just remember, it’s Kirk, not Kurt.
Read more
One person found this helpful
Helpful
Comment Report abuse

Ken S
5.0 out of 5 stars The continuation of a great story
Reviewed in the United States on July 2, 2020
Verified Purchase
Another gripping drama with plenty to keep your interest and guessing.
Well built on previous books but great as a stand alone.
I'm looking forward to seeing what the next book brings, I sincerely hope there are many more!
Read more
One person found this helpful
Helpful
Comment Report abuse

Mike G
5.0 out of 5 stars Real page tuner
Reviewed in the United States on April 5, 2020
Verified Purchase
I read the two previous Agent Grale books that were good and this is no exception. Hope there’s more in this series.
Read more
Helpful
Comment Report abuse

Wildgoose
5.0 out of 5 stars GREAT read!
Reviewed in the United States on June 26, 2020
Verified Purchase
This is some seriously great writing. A pleasure the whole way through. It’s like you’re there riding along with the team.
Read more
Helpful
Comment Report abuse

SG
5.0 out of 5 stars Russell hits another out of the park!
Reviewed in the United States on May 21, 2020
Verified Purchase
I’ve read all of the Grale novels and not surprisingly, this one was excellent as are all of the author’s series. Please tell me there will be more!
Read more
One person found this helpful
Helpful
Comment Report abuse

Man of La Book
4.0 out of 5 stars Interesting Themes
Reviewed in the United States on May 28, 2020
No hesitation by Kirk Russell is the third book in a series featuring FBI agent, and wounded sapper, Paul Grale. Mr. Russel has written several novels, and he is in the process of writing the fourth novel in the series.

Paul Grale is an FBI bomb tech investigating the disappearance of two computer programmers responsible for a breakthrough in artificial intelligence. The government is afraid they either got kidnapped, or plan to sell the code.

Grale finds out that the AI is a dangerous drone, which runs through millions of scenarios before deciding to attack whoever enter the Las Vegas’ base perimeter. The AI, however, makes mistakes, or sees so far into the future when it makes its decision, and has no ability to think like a human before making a life or death decision.

To Grale’s chagrin, a known bomber that works with terrorist groups might be involved. That is a man that Grale and other intelligence agencies around the world have been trying to catch for decades.

One of the themes No hesitation by Kirk Russell tries to address is artificial intelligence (AI), and at what point to we stop pushing it. This is a very interesting discussion which people have had for ages. The author’s AI uses very powerful code, which can even learn to replicate itself (if it has parts), and can run millions of scenarios a second to take action. Those actions, however, seem to humans as unnecessary, cruel, and irresponsible.

The acts might or might not be proper, as our minds cannot follow the AI’s logic or how it attempts to foresee the future. The two programmers in the story act as a collective conscious of creators who regret their creation, that is out of the control. As many other weapon smiths have found out, once their weapons took on their own lore, it’s difficult to control. Many novels have been written about this issue, from Greek myths, to Frankenstein, to Watchmen, and to fictionalization of the Manhattan Project.

One other theme, which I found to be just as interesting, is when Grale is looking towards the near future and realizes that his career is over, and he needs to plan ahead. This is something many people who are in mid-career realize, sometimes it comes as a shock (injury, fired) and sometimes the clues have been around for a long time. Sometimes you cannot keep up with the new technology, keep learning at nights or in Grale’s case an injury which has been bothering him, and getting worst, for years.

I wouldn’t call the book fast paced, but the narrative moves quickly enough without sacrificing the story or the characters. I did not read the first two books, but frankly didn’t feel like I missed anything relevant. Besides the conjuncture of the AI technologies, I did not feel any of the story was way out of line, the author did not hurry his characters to move the story along, as its moves at its own pace.
Read more
2 people found this helpful
Helpful
Comment Report abuse

J
5.0 out of 5 stars Don't hesitate - Read!
Reviewed in the United States on April 17, 2020
The latest, book 3 of thriller series FBI bomb tech Paul Grale, did not disappoint. The two week story has Agent Grale’s latest task finding and solving who and how an attack on Indie, a top secret AI project based north of Las Vegas will happen, stopping it before it does. Grale must face his nemeses against the backdrop of the beautifully described red rock dessert and surrounding landscape. It’s a smooth, smart, sophisticated story of good and evil forces fueled by dire issues affecting us now, the use of AI, painkillers, the minds and talents of bright, young people in the service of what and for whom? What code do I live by? When a story gets me engaged in a multilayered nuanced way, wow! a completely satisfying feeling. Kudos to Russell’s writing. No Hesitation – 5 stars. Read it for yourself and decide.
Read more
2 people found this helpful
Helpful
Comment Report abuse
See all reviews from the United States