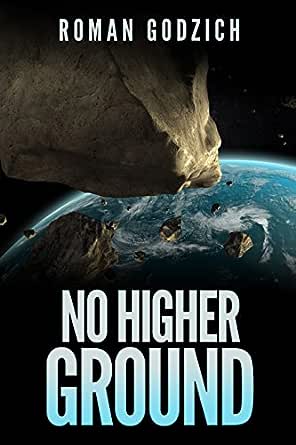 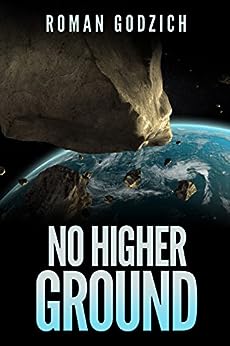 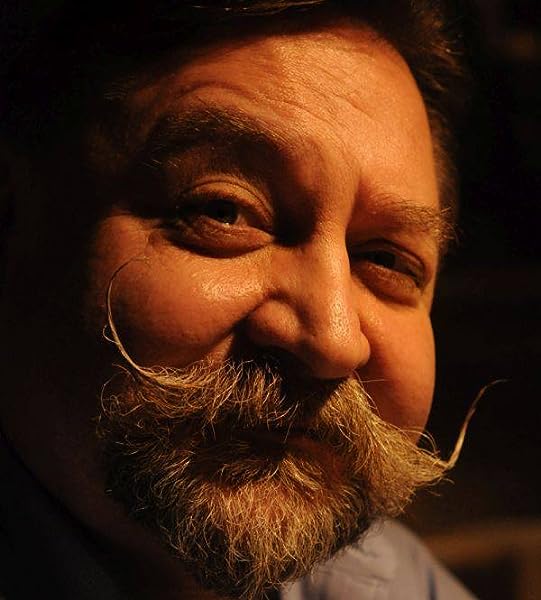 4.3 out of 5 stars
4.3 out of 5
150 global ratings
How are ratings calculated?
To calculate the overall star rating and percentage breakdown by star, we don’t use a simple average. Instead, our system considers things like how recent a review is and if the reviewer bought the item on Amazon. It also analyzes reviews to verify trustworthiness.
Top reviews

Mr. MIB
5.0 out of 5 stars Best Sci-Fi World-Ending Social-Political Thriller I have read in Many Years
Reviewed in the United States on February 4, 2019
Verified Purchase
I just finished this wonderful wild ride and I feel exhilarated from one seriously wild ride. Scary, but extreme fun. A scenario where Mankind will finally grow up but not before veering dangerously close to the abyss. I have loved sci-fi all of my life (I am a full-time Ufologist, a retired detective sergeant, and a veteran.) Facing the daily news, I needed some good news, even if it is fictional. I loved the fast pace and I am missing the characters - he has well fleshed out men and women who have strengths, weaknesses, and can be humorous. Nice touch throughout. There were so many close calls, I was almost worn out. No spoilers, but perhaps a hint - Humanity really needs to find a Protector. Please write more!
Read more
16 people found this helpful
Helpful
Comment Report abuse

W B Godzbog
5.0 out of 5 stars A mission to the dark side of the Moon grapples with the discovery of a manufactured very large object.
Reviewed in the United States on November 9, 2017
Verified Purchase
This is as much a political thriller as a science-fiction novel. The science is a solid admixture of astrophysics, evolutionary biology and computer science. There is also a great deal of geopolitics (and exopolitics) and military science. All this knowledge is woven within a taught plot line that features vaping villains that look like updated Ian Fleming power-mad tycoons and unlikely slef-sacrificing heroes. The plotting is fast-paced and the writing is brisk. The dialogue is very direct and natural. There are also some gnomic statements that indicate that the author has thought about the variegated issues his story raises. A very pleasant read, hard to put down.
Read more
23 people found this helpful
Helpful
Comment Report abuse

Robert Cline
5.0 out of 5 stars It is amazing the things we can do if we work together
Reviewed in the United States on July 4, 2018
Verified Purchase
I got this book on a whim and wasn't disappointed with that choice. From the first time I started reading this I was hooked and read it while sitting at work and finishing on the 4th of July. What a way for a good read to end. Hope there is more one day.
Read more
10 people found this helpful
Helpful
Comment Report abuse

David W. Dalessio
5.0 out of 5 stars All Action All the Time!
Reviewed in the United States on January 22, 2018
Verified Purchase
A science fiction thriller that never slows down. Set in the not-too-distant future, we get a picture of humanity at its best and also its worst when an alien artifact is found on the far side of the moon. But when politics get involved, anything can happen...and then throw in a natural disaster...Enormously entertaining!
Read more
8 people found this helpful
Helpful
Comment Report abuse

sonja marder
5.0 out of 5 stars funny. Clearly it has messages throughout
Reviewed in the United States on December 13, 2017
Verified Purchase
This book is remarkable. It is engaging, it is thoughtful, funny. Clearly it has messages throughout. It's one of those, "you can't put it down" type of books. A melange of everything yet very clear. This author is without a doubt very talented and I will look for more of his work.
Read more
11 people found this helpful
Helpful
Comment Report abuse

david donovan
4.0 out of 5 stars Good “old fashioned” hard SF
Reviewed in the United States on April 4, 2019
Verified Purchase
Not the style currently “in vogue” because it is not really violent (Military SF), or Horror, or Dystopian, nor does it have a strong Female lead (with Red Hair) as the main character. Also the author is male. And the main character survived. Look at the current (2019) Hugo list. Last years list had, at least, a few token male (European) authors. The current popular style is sort of similar to what a friend called “70s gloomy”. John Scalzi went out of his way to make a main character of indeterminate gender (of color, of coarse) and you (the reader) don’t notice because all other characters are definitely gendered, and racially identified. But even that is not “good enough” any more. And.. I would have liked the Biologist to do more Biology. I would have also like to have seen more Geology / Paleontology. The last 3 Hugo’s went to the same person who uses Geologic terms specifically to make the language sound “exotic”... but, in fact, seems to hate both Geologic observations and techniques. But that is my own personal bias. It is very rare in SF to include “Good Geology”. Red Mars is about the only example I can think of. Even Dune, makes a case that Geology should, in fact, be called “Planetology”, but... The really “old fashioned” SF main characters were always Engineers (even though real Engineers tend to not read SF). Both the red hair and the engineering are sort of legacies of Heinlein and, maybe Stan Lee. Ursula K Guin was a genius. (The Left Hand of Darkness (and Earthsea) are classic studies of Sociology.)) As have been many female authors (Mary Shelly, etc...) were genius. And... the readership is now mostly female. So.. But.. I’m not sure how I tumbled to this book. But glad I did. Looking forward to the next one.
Read more
10 people found this helpful
Helpful
Comment Report abuse

Kent Andrews
5.0 out of 5 stars Really hard to put down
Reviewed in the United States on March 26, 2019
Verified Purchase
Great story line with wonderful characters to support the tale. Well written characters who project the story in unpredictable ways. Good for all but the youngest ages. A few issues with the S-F but together a great read.
Read more
5 people found this helpful
Helpful
Comment Report abuse
See all reviews

Diane
5.0 out of 5 stars Excellent read!
Reviewed in the United Kingdom on November 8, 2017
Verified Purchase
This is an excellent read, hard sci-fi thriller (but not so hard that you need an A level in Physics to understand it) with a pace and cadence that leaves you reading 'just one more page, ok, one more' . Excellent twist at the end and I hope the author continues with more in the series as there is so much more I want to know about the back story!
Read more
One person found this helpful
Report abuse

lawrence robinson
5.0 out of 5 stars Outstanding read , I would recommend this to all sci fi fans who like anything extraterrestrial, and fast paced,,,I could hardly put this story aside
Reviewed in Canada on February 22, 2019
Verified Purchase
I can hardly wait for book two, the author keeps one in a constant state of not wanting to put the story down,the characters and the international politics really add to the story
Read more
Report abuse

Joe Hine
5.0 out of 5 stars Good science fiction!
Reviewed in Canada on February 11, 2019
Verified Purchase
Excellent. Read. I enjoy good science fiction and this story has just enough plausibility about the near future to make it a great story. Looking forward to book two. Five stares because I couldn't put it down
Read more
Report abuse
See all reviews