No More Work: Why Full Employment Is a Bad Idea and millions of other books are available for Amazon Kindle. Learn more 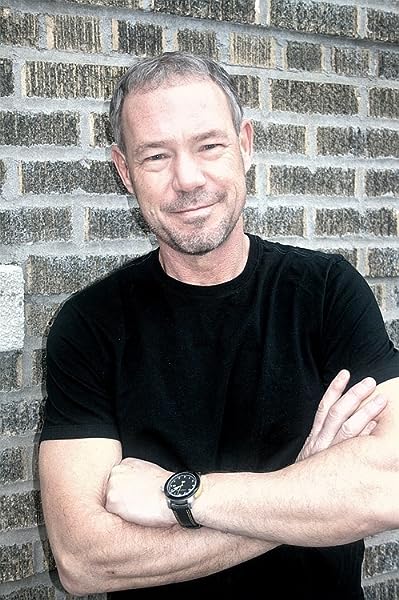 by James Livingston (Author)
3.6 out of 5 stars 22 ratings
See all formats and editions
Sorry, there was a problem loading this page. Try again.
Read more Read less
Previous page
Next page

Pack[s] a verbal blow against all those--on the Right and the Left--who continue to kneel in adoration in the Chapel of Work.--Dissident Voices

Unrivaled . . . in its audacity and brashness, all in a delightfully amusing little essay that is guaranteed to delight undergrads and provoke them to question their individual collective future. Highly recommended.--Choice

Livingston is at his most persuasive as a historian.--Public Books

No More Work is, wonderfully, at once a rude book and a kind one. Livingston is bracingly impolite about the cult of capitalistic productivity, all in the service of the happiness and pleasure that could be ours if we demanded less toil from ourselves and more justice from our society.--Benjamin Kunkel, author of Utopia or Bust

James Livingston is professor of history at Rutgers University–New Brunswick. He is the author of five other books on topics ranging from the Federal Reserve System to South Park.
Read more
Start reading No More Work: Why Full Employment Is a Bad Idea on your Kindle in under a minute.

3.6 out of 5 stars
3.6 out of 5
22 global ratings
How are ratings calculated?
To calculate the overall star rating and percentage breakdown by star, we don’t use a simple average. Instead, our system considers things like how recent a review is and if the reviewer bought the item on Amazon. It also analyzes reviews to verify trustworthiness.
Top reviews

A Reader
5.0 out of 5 stars Riveting
Reviewed in the United States on October 15, 2016
Verified Purchase
James Livingston’s refrain throughout these searching, provocative, and erudite 111 pages is “***k Work.” Most of us probably feel a measure of relief, not to say liberation, in merely uttering the phrase: ***k Work. ***k it. ***k it all to hell. Well OK, so aside from finding a catchy slogan to capture what so many of us feel in our workaday lives, what’s Livingston’s purpose in telling us that we’re essentially wasting our time on the job? We already know – don’t we? – that the postcapitalist system under the sign of which we labor all the livelong day is paying us too little to boost productivity – that ten-dollar word that captures what the powers that be treat as *socially necessary* – even while offering us garbanzo beans for doing work that’s *socially beneficial*, like child-rearing, or uploading our latest piece of fan fiction, or, oh, railing against Trump on Facebook. So why shouldn’t we just buck up and get on with it and, work ethic in heart and mind, keep telling ourselves that work, however meaningful, will somehow build character, keep hoping against hope that what doesn’t kill us will make us stronger…workers? Well – and this is something Livingston has to establish in brief historically, you understand, and economically, and even philosophically – the problem with this line of thinking is that the robots really are upon us, all of us. And that means you too, Shanghai sweatshop worker sweating over Apple components. In fact, it’ll likely be to many leftists’ dismay to learn that there have been select moments in US political history when liberals like [cough] Nixon, and Rumsfeld, and Cheney advocated for policies that would have effectively guaranteed a minimum income – to everyone – an especially sensible move after it was proven, over and over, that this had no effect to speak of on worker productivity. At any rate the signs are everywhere that capitalism has failed or, as Livingston has it, succeeded – read the ***king book – and his argument is that there simply aren’t enough good paying jobs to keep us gainfully employed making the stuff that dreams are made of, and moreover, that things are only going to get worse for homo economicus, DIY craft-based spiritually-fulfilling artisan startups notwithstanding. We’d be better off paying everyone a guaranteed income, and if that results in a small cohort of lazy asses who just want to ***k off and read books like No More Work, that would be a far, far better thing than millions living on the dole, and the rest working their asses off for peanuts in industrial systems that, oh yeah, are ravaging the Earth. After all, there’ll still be yahoos like yours truly writing pro bono reviews, right? But wait…there’s more! And it has to do with our distinctively human lot, as some would have it, whereby work and love – that’s right, love – comprise the ties that bind. ***k with one, you ***k with the other. But what do brick and rivet and lime have to do with love? Read the ***king book, even if you would prefer not to. As Clark Gable puts it in The Misfits, beats wages.
Read more
22 people found this helpful
Helpful
Report abuse

Sean T. Gill
4.0 out of 5 stars I hope people are ready
Reviewed in the United States on March 27, 2017
Verified Purchase
As described by the author, he wrote this at the urging of others. Sometimes I'm not sure he explains what he means as fully as needed (like the references to being our brother's keeper), but the book makes it's point. Robots and AI will change work in ways we have never seen. Maybe at every revolution in work (the steam engine, large scale manufacturing machines, etc) jobs have been lost and new jobs created. But this long march of efficiency will soon take a turn where there really are no jobs. Not jobs to China or Mexico, just no need for any humans to do them at all. It may be against human nature to prepare for changes before they bocome a crisis, but I would like to think we can start to adjust away from defining our worth and our lives by the job we do.
Read more
5 people found this helpful
Helpful
Report abuse

Ted
3.0 out of 5 stars Good but missing a definition of "un-work" and data on motivation
Reviewed in the United States on January 16, 2017
Verified Purchase
This is a good but unfinished book. Or maybe it just needs a fast sequel. The author makes an erudite case that both the Left and Right believe in full-time employment for all; that this is an unreachable goal and is unnecessary with the addition of minor tweaks in tax rates. Everybody can have, should have, a basic income without having to work. So here's the rub for me: What does Livingston mean by "work?" Is it anything I get paid for (everything else is un-work)? I'm working on this review. Working! Does that count? I'm assuming not, but Livingston never spells out what this state of doing things for which people aren't paid is-- and crucially, whether is it s good idea in fact (look, I like the idea but want more data about it). As I moved through the book, I was looking for empirical data about motivation and happiness: With millions of people not working for money, would they need training for un-work? Or just figure it out for themselves? For what drives motivation, check out Daniel Pink's Drive Drive: The Surprising Truth About What Motivates Us . Or Flow: The Psychology of Optimal Experience  Flow: The Psychology of Optimal Experience (Harper Perennial Modern Classics) . Gallup polls show year after year that few people in corporations experience either motivation or flow. Can we do a far better job with people out in the wild? Or would they figure it out on their own?
Read more
17 people found this helpful
Helpful
Report abuse

Max
4.0 out of 5 stars Worth reading
Reviewed in the United States on January 31, 2017
Verified Purchase
Livingston' books are always original and thought provoking. This one is no exception.
Read more
4 people found this helpful
Helpful
Report abuse

dr. null set (ABD)
5.0 out of 5 stars Love and Labor in C21
Reviewed in the United States on September 12, 2016
Verified Purchase
A first rate and indispensable meditation on the intellectual dilemma and profound moral opportunity that defines our age. Pithy, funny and brilliant -- a quick read that will inspire lengthy consideration of the ways we define our selves and the work we do.
Read more
11 people found this helpful
Helpful
Report abuse

Eliahu Pertsovsky
3.0 out of 5 stars Three Stars
Reviewed in the United States on March 20, 2017
Verified Purchase
Interesting, but too short and too confused.
Read more
Helpful
Report abuse
See all reviews

Page 1 of 1 Start overPage 1 of 1
Previous page
Next page
Pages with related products. See and discover other items: leisure sociology, market economic sociology, character development, full force, full stack, business ideas
Back to top
Get to Know Us
Make Money with Us
Amazon Payment Products
Let Us Help You
EnglishChoose a language for shopping. United StatesChoose a country/region for shopping.
© 1996-2021, Amazon.com, Inc. or its affiliates